There was an ardent devotee from Dakore near Ahmedabad  who used to visit Dwaraka every year on his bullock cart carrying pots of tulasi plants with him to offer the same to the Lord . He used to take 6 months to reach Dwaraka

He followed this practice even in his advanced age. Like Thirukacchinambigal, this devotee could converse with the Lord. During one such visit, he prayed to Dwarakadeesh that in future he may not be able to visit Dwarka as he was very old. The Lord replied that henceforth he preferred to stay with this pure devotee rather than being in Dwarka where people had turned materialistic and there was no pure bhakti.. 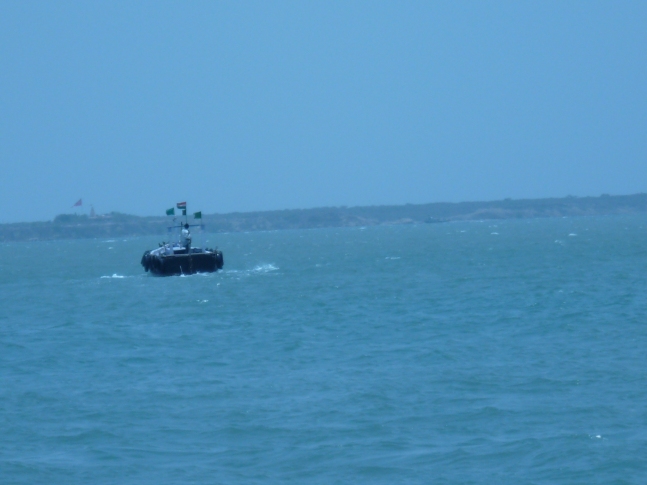 The Lord ordered him to be ready with the cart in the night. The devotee accordingly obeyed and waited with the cart for the Lord. As promised, Lord left the temple, got into the cart and HE HIMSELF drove the cart. The Lord who acted as “PARTHASARATHY- (Charioteer to Arjuna in the Mahabharata war once again took the reins and drove the chariot).The Supreme Lord who by His mere glance, controls the entire Cosmic manifestation, made the devotee relax and Himself drove the cart for the sake of His devotee. Overnight they reached Dakore. ( A place near Ahmedabad ). 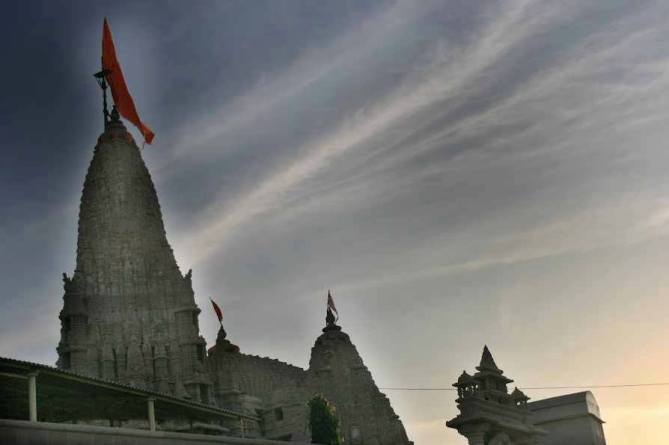 The devotee used to take 6 months to drive the cart but the Lord reached the place within 6 hours. From the following morning the devotee along with his wife started worship in their hut itself . Meantime, when the temple doors were opened, the priests were shocked to see the idol missing. They guessed that the old devotee who was in the temple for a very long time the previous night must be responsible for this . 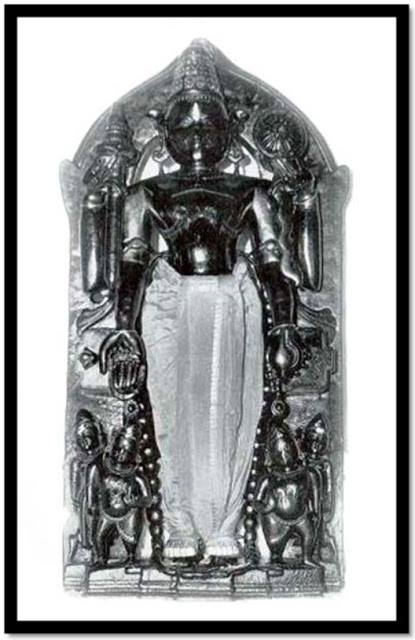 All the residents of Dwarka set out for Dakore. When they saw the Lord in the devotees house, they started abusing the old devotee and tried to forcibly take the idol. They did not listen to the devotees pleas .However hard they tried to grab the deity , the deity did not even move an inch. At that time they heard an asareeri say that Lord would be with whoever gives offering equal to the Lord’s weight . Immediately, a balance was brought and the idol was placed on one side of the balance. The residents of Dwarka offered all their possessions which was kept on the other side of the balance. The balance remained as it is. They rushed back to Dwarka and brought back all they had but this also was of no match to the Lord’s weight. Having accepted defeat, they asked the Brahmin to try his turn. The devotees wife a very great devotee, prayed to Lord and placed her nose ring along with little Tulasi on the other side of the balance and immediately both the balances became EQUAL. 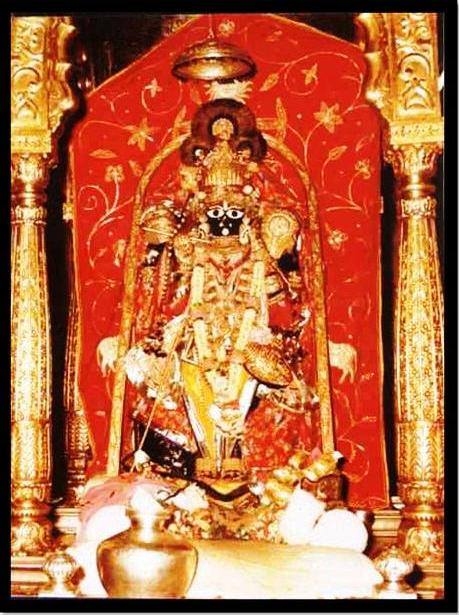 Thus demonstrated that He is bound by His devotees pure affection and love. To the dejected residents of Dwaraka, Lord informed that very soon a sculptor would approach them who would sculpt a similar vigraham which could be placed in the altar and would continue to bless the devotees by bestowing His powers on the idol. Hence, the original deity of the is present in DAKORE DWARAKA now.At Dwarka, as advised by the Lord , a sculptor approached the priests and offered to make an idol with the condition that no one should disturb him while he was performing his work. The residents agreed and the sculptor locked himself in a room. This went on for 18 days but when no sound was heard, the curious devotees broke open the door and to their astonishment, the sculptor had vanished and the Lord’s vigraham was near completion but for the eyes. As they went back on their words, they were crying pitifully realizing that the sculptor was none other than the Himself. An aakashvaani declared that henceforth, they could consider this vigraham as the Lord Himself and offer pooja to the and whatever happened was as per HIS divine WILL. To this day, this mangala moorthy is being worshipped at Dwaraka which is situated on the western coast near Arabian Sea.