Swamy Koorath Azhwan  the great sri vaishnava acharya , earned his daily bread by the traditional means prescribed for a Vedic “grahasta” (householder) viz. “unchavratti” ( the practice of going around one’s neighborhood  for daily alms and sustaining oneself solely by such means) 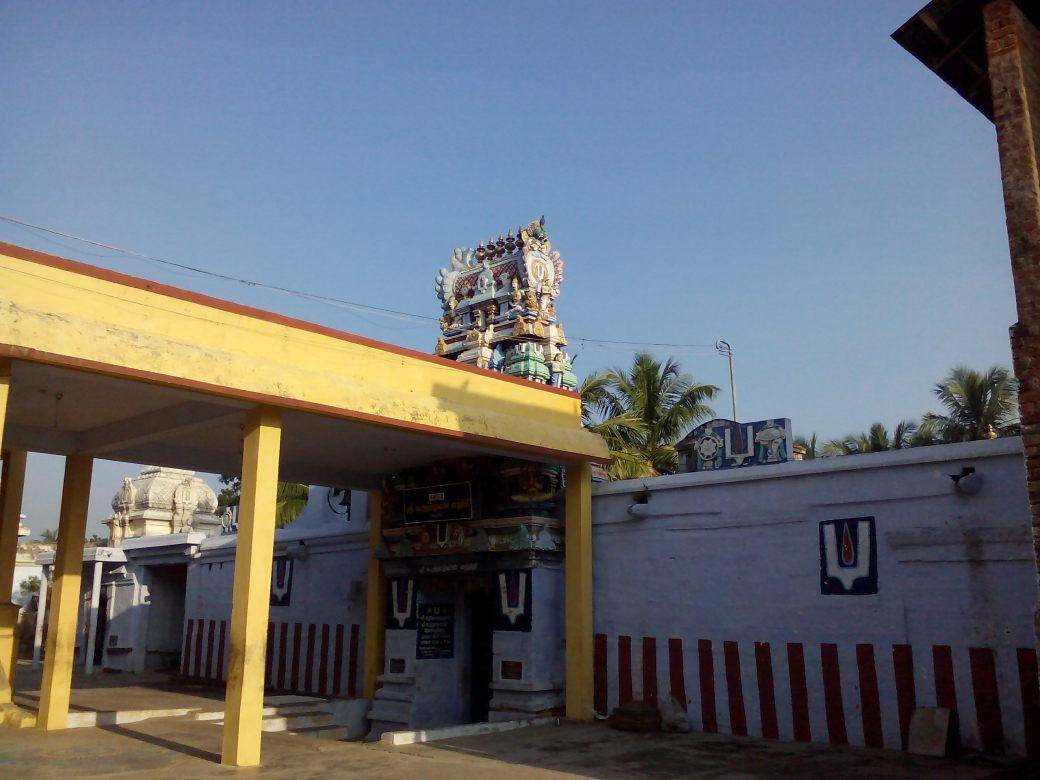 One day it rained heavily and the time for going around on his “unchavratti” came and passed. Kuresan and Andalamma  his dear wife  went without any food that day except for a sip of the holy water offered to the household deity.

They skipped supper too. Kuresan was unmindful of his hunger since he kept reciting the  hymns “tiruvoimozhi” ( Nammazhwars hymns on LORD ) throughout the rainy day, but AndAlamma deeply felt the pangs of pain… pain, not of her own hunger, but the pain of watching her husband starve.  It was evening then and just at that moment the temple bells of the Srirangam temple tolled. It was the signal to indicate that Lord Ranganatha was being offered his evening “naivEdyam” or worshipful food.

When his wife AndAlamma heard the temple gong she bit her lips in tears. She couldn’t help silently muttering, “O Ranga, my Rangaa  when your devotee Kuresan goes starving on a day like this, how are you able to enjoy your feast?”.

The piercing cry of Andalamma’s pain was obviously heard by  LORD  and   for  LORD  that same night appeared in the dream of one of His temple-officials, one Sri. Uttama-nambi whom He commanded: “Go forth immediately with my food-offerings to the house of my devotee Kuresan for he has eaten nothing this day! Tell him that We send him our meal and our blessings!”. Uttama-nambi woke up startled and drenched in cold sweat.

Gathering himself up and summoning all temple staff including pipers, drummers, stewards and ceremonial carriers, he marched in a great procession in the middle of the night to Kuresan’s house, carrying trays of food that had previously been offered as “naivEdyam” to Lord Ranganatha. When the procession reached Kuresan’s home Uttama-nambi recounted to him Lord Ranga’s commandment in his dream and begged Kuresan to accept the Lord’s offering of food. .Kuresan was too dumbfounded to react! AndAlamma however gently advised her husband to accept the temple offerings. 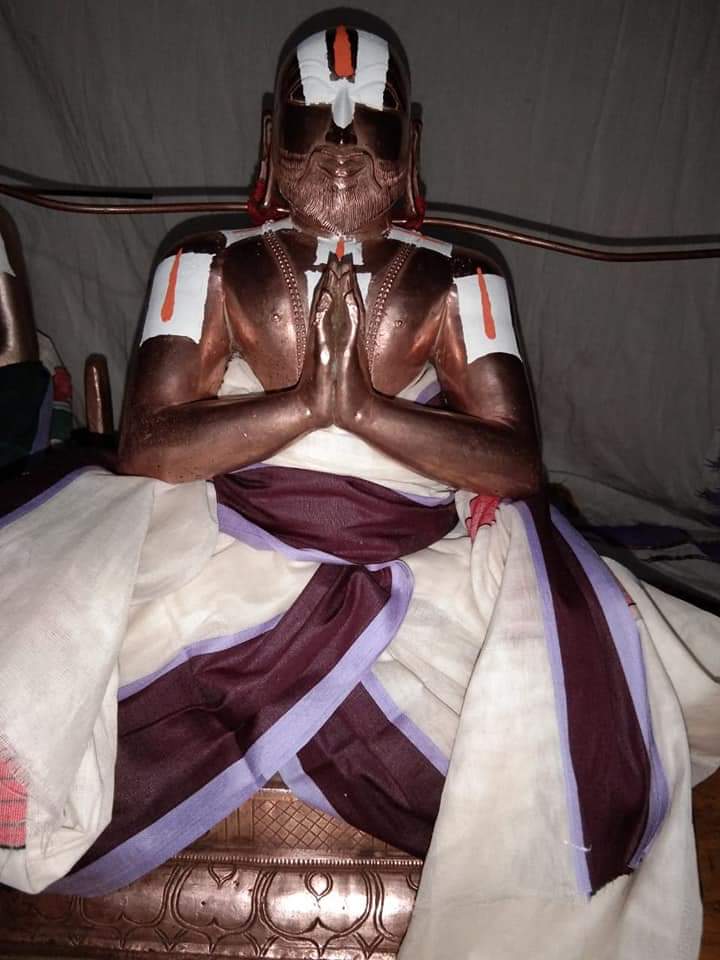 “This food has been sent by our Lord Ranga Himself, and we must accept it and rejoice!”, she said. His job accomplished, Uttama-nambi returned to his abode, utterly relieved that he had carried out Lord Ranga’s express orders without further

Back home Kuresa however suspected that the midnight offer of food by Lord Ranga had something to do with his wife. So Kuresa queried AndAlamma who after much persuasion confessed to what had happened, of how she had shared her anguish with Ranga over the plight of Kuresan going without a morsel of food on that rainy day.

“My dear !!”, chided Kuresan gently, “what have you done! What have you done! You have tested Divinity’s compassion for a mere morsel of food to fill this sinner’s belly!”. All the same that night, Kuresan and AndAlamma ate the temple food-offerings of Lord Ranganatha and went to bed happily.

That same night, LORD Ranganathar appeared again in a dream, but this time in Kuresan’s sleep and announced, “Kuresa,  my dear  ….We trust that our offering of food has pleased you. Our offering was not merely to satisfy your pangs of physical hunger but to meet your desire or greater hunger for the love of children! What you and AndAlamma have just eaten are the seeds of two little children to be born to you! They will be Our own children! They are blessed indeed! Rejoice in them as you would rejoice in Our Presence amongst you!”. Lord Ranganatha the all compassionate LORD smiled and  vanished.Kuresan excitedly woke up Andalamma to tell her all about the dream. 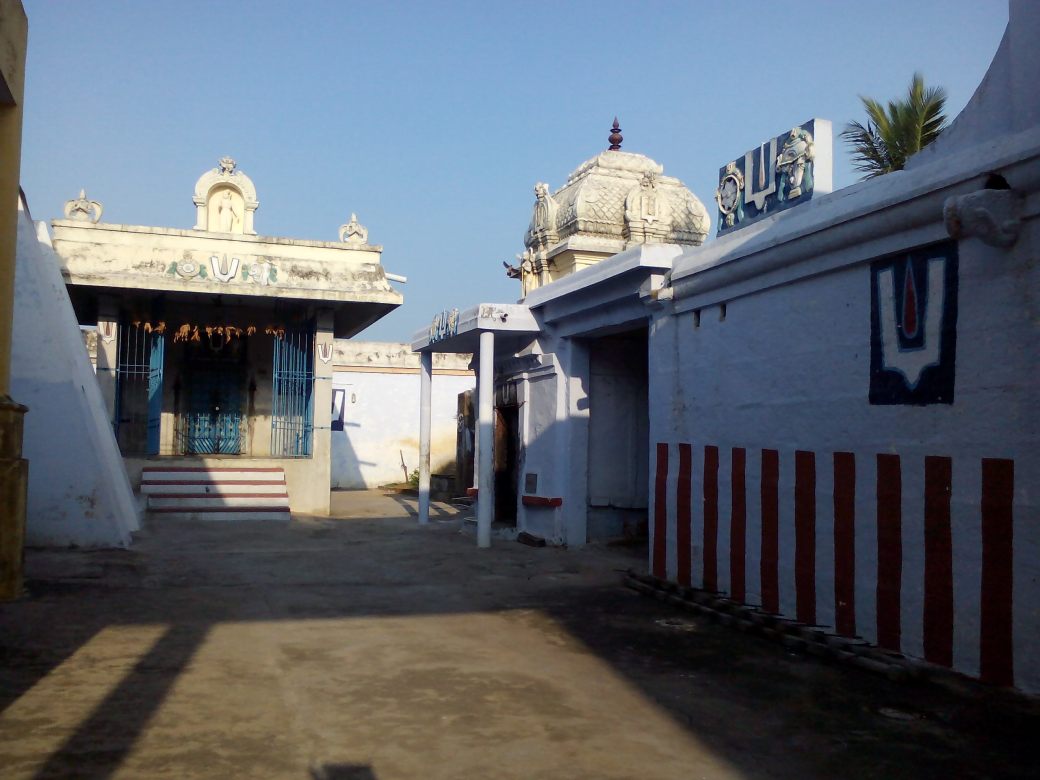 A few years later, two beautiful boy babies were born to Kuresan and Andalamma! Their hearts burst with joy. The news of the birth of Kuresan’s boys reached  Swamy Ramanuja too and he was transported with joy!

The latter boy became later in life one of the tallest “AchAryA-s” in the SriVaishnava pantheon of post-Ramanuja stalwarts! Parashara Bhattar came to be acknowledged by posterity as the natural heir to all of Ramanuja’s spiritual kingdom!

Thus indeed, had Kuresan, through his offspring, Parashara Bhatta, performed yet another great service or “kainkaryam” to his beloved guru

Few more divine pastimes are shared below in the appended posts

Few pastimes are shared in the below posts

He gave unto the venerable RamanujachArya’s arms his fledgling spiritual heir… one who would carry on unbroken the grand tradition of “sri-sampradAyam” for all times to come!

All glories to Swami Koorathazhwan