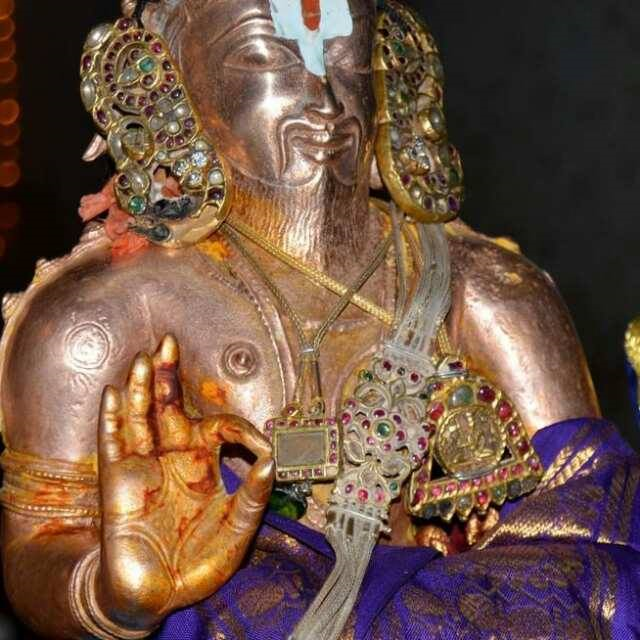 It was during Twelfth Century AD. Kulothunga Chozhan II was ruling over a major part of Tamilnadu.

He had adopted Saivism as his religion. 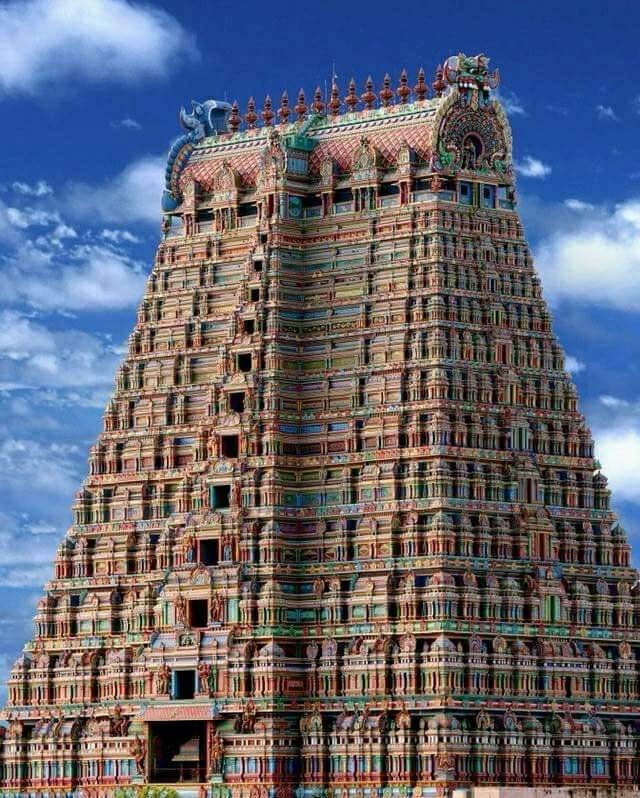 But the King wanted to destroy Sree Vaishnavism. Love, whatever may be its form and manifestation, can never be divisive.

The Chozha King had a diabolic minister by name Naalooran . 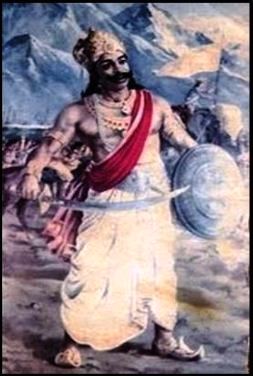 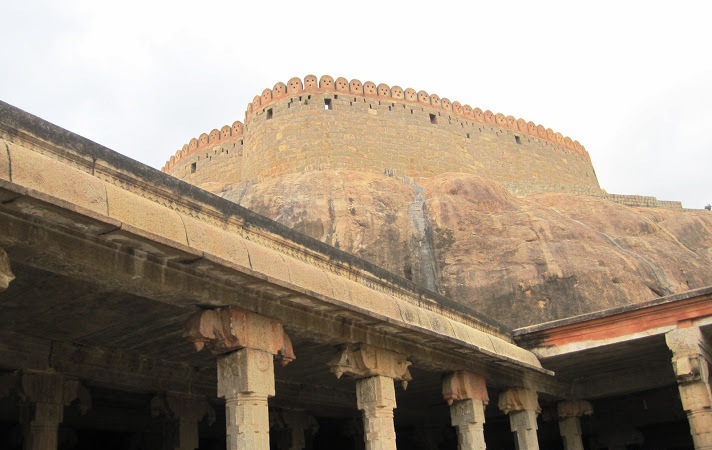 The King first started a signature campaign against Vaishnavism.

All the lords and land owners in the kingdom professed allegiance to the religion of the state out of fear of the King . 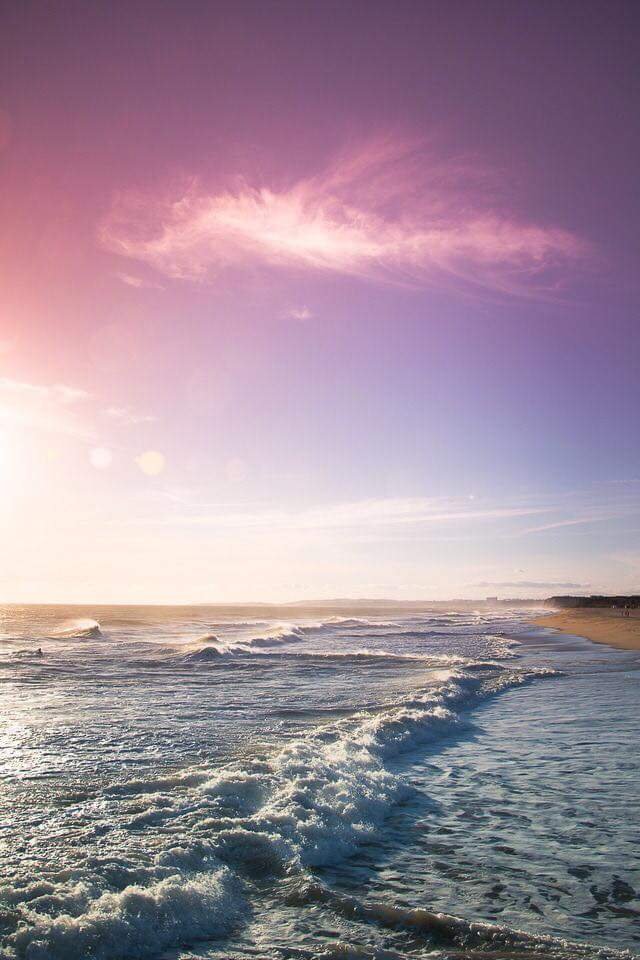 The King proudly displayed the signature scroll to his minister, Naalooran.

The Minister let out a derisive smile.

“Your Majesty, he said ..  you have got the signature of sheep and rabbits leaving out the real lions and tigers of  SriVaishnavism. 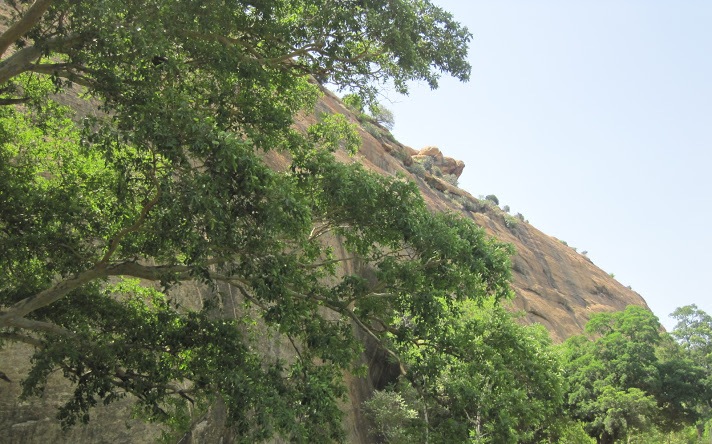 If  Swamy Ramanujacharya and Koorathazhwan, his main disciple were to sign this scroll then it would be something worth ”..

The King was furious. 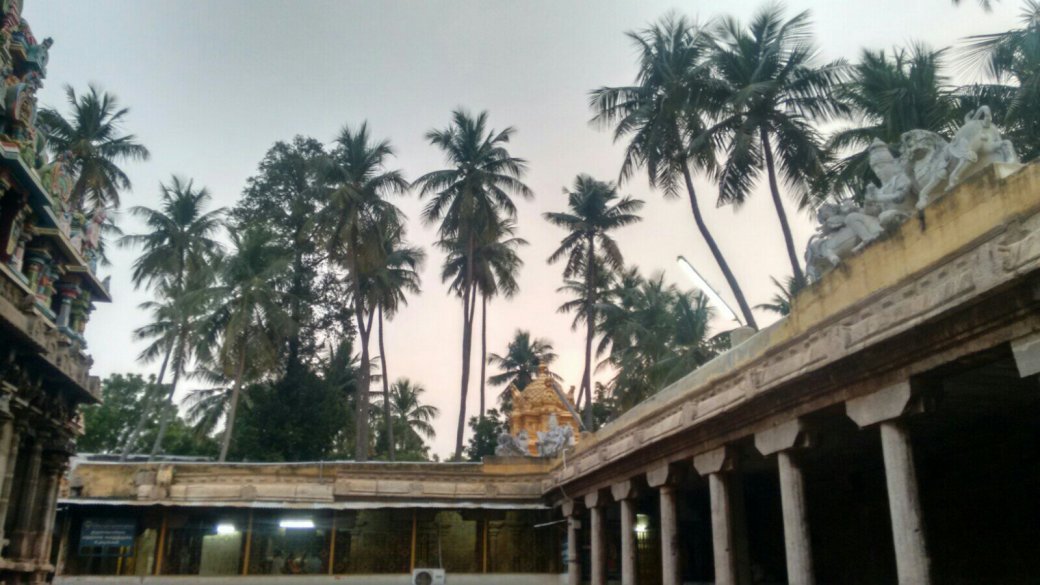 “Let those two be brought before the court”, thundered the  cruel king. The King’s men went in search of Swami Ramanuja and Koorathalwan. 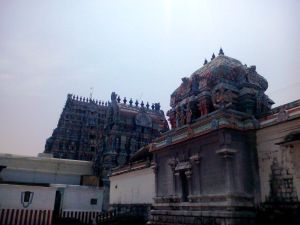 Swamy Ramanuja had gone to Cauvery for his morning bath. Koorathazhwan was in the mutt. “We want to take your guru Ramanuja to the King’s court.” Kurathazhwan saw the mini army assembled before him. 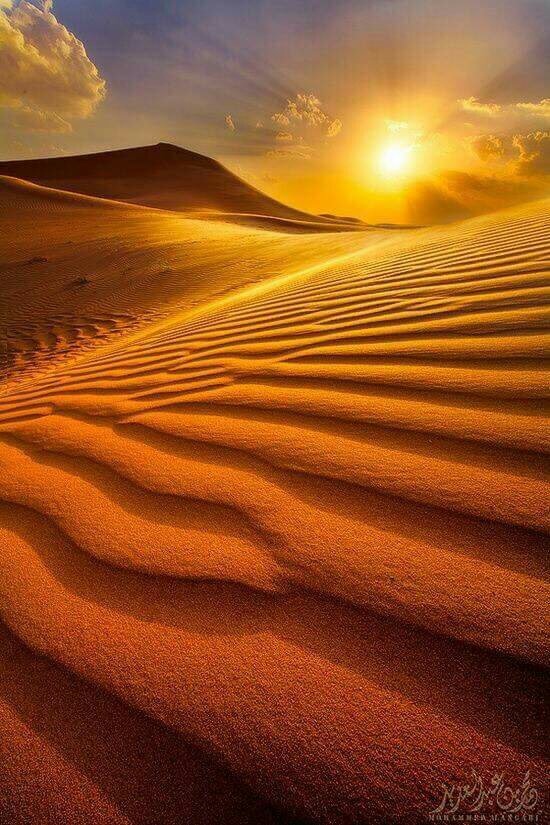 He saw the hatred in the Chief’s voice. He knew their mission. Within seconds he went into the mutt, put on Swami Ramanuja’s dress and took Sri Ramanujar’s thridandam (a holy stick carried by Vaishnava Sanyasis) and was ready to go with them.

“We also want your disciple, Koorathazhwan.” Now he was in a fix. If he revealed his identity those rascals would go in search of Swami Ramanuja and would soon find him out.

He was thinking of a strategy, when Perianambi, another disciple of Sri Ramanuja, jumped into the fray. “Yes, He said , I am Koorathazhwan. 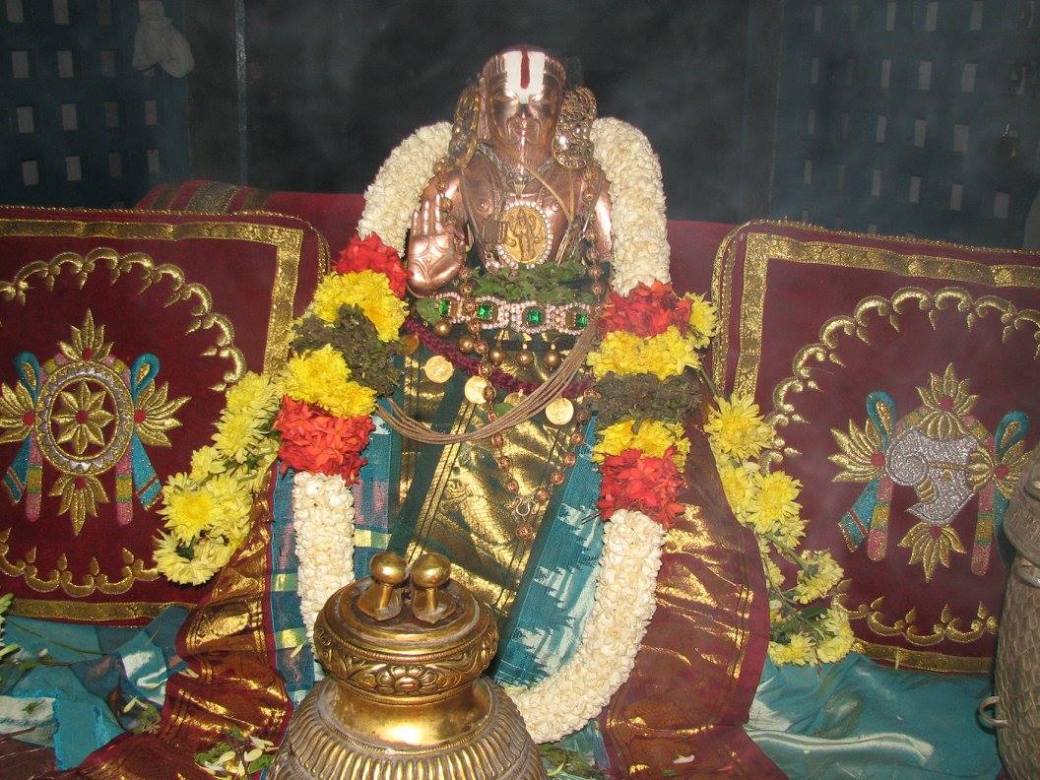 What do you want to do with me?

Koorathazhwan had to take enormous efforts to hide his tears.

Perianambi was an aged man, a devout Vaishnavite and a great scholar.

And he was risking his life. The two great vaishnavas  were produced before the King’s court. 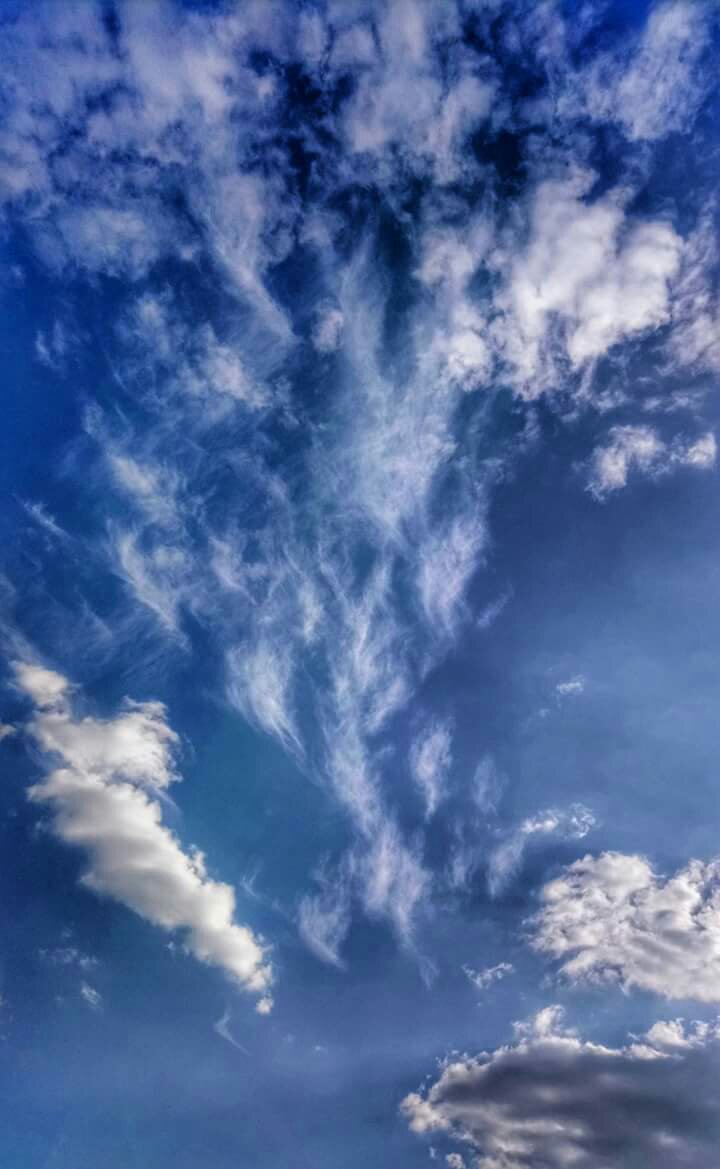 The King ordered them to renounce their religion and sign the scroll professing their allegiance for the kings order . 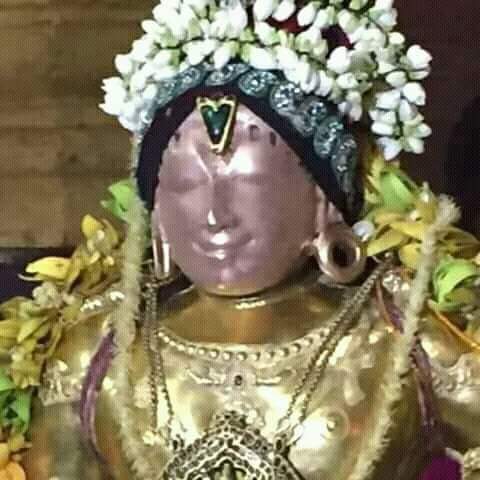 Sad  was the situation where  a devotee had to prove LORDS supremacy . 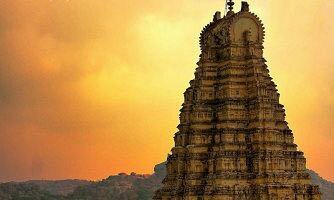 The King was furious. “Take them away and gorge out their eyes.” He thundered in fury. Perianambi was the first to be taken out. Within minutes Koorathazhwan heard Perianambil’s wail. The cruel soldiers had plucked out his eyes. 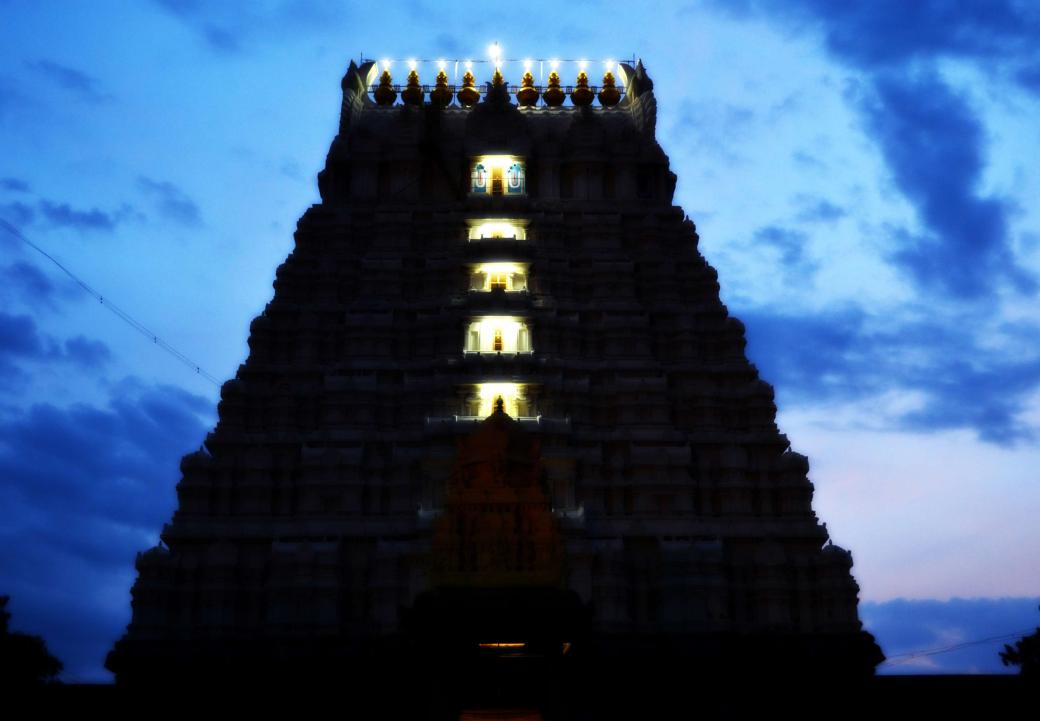 “Is the Vaishnavite worm dead or alive?” The King asked his men with a wicked smile. Koorathazhwan roared in anger. “You called Perianambi a worm, right? Oh,  Cruel King, you will soon know more about worms. May my curse be upon you.” His voice echoed against the four walls of the court.He then ran to Perianambi. 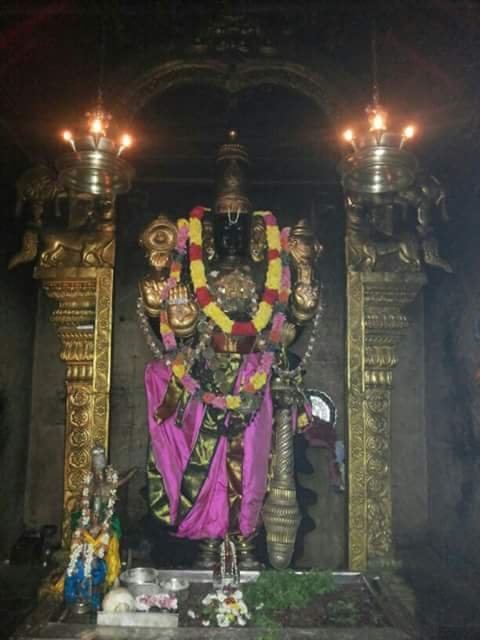 The devout Vaishnavite was uttering the Lord’s name and Swamy Ramanuja’s name. Life was slowly ebbing out of him. Koorathazhwan placed Perianambi’s head on his lap and let him leave his body and move to Acharyans lotus feet . 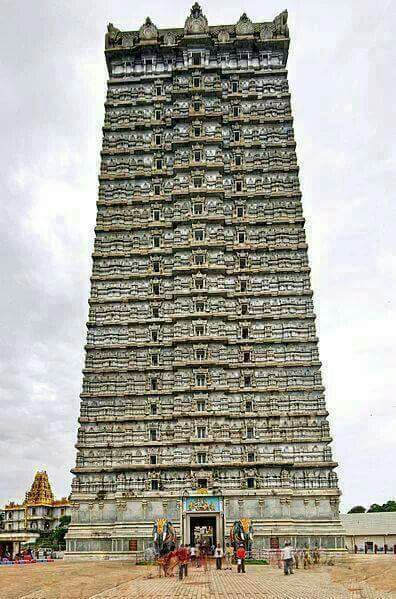 The King’s men then approached Koorathazhwan to pluck out his eyes. “Having seen Perianambi in this state, it will be a sin, if I continue to have my eyesight. “spoke the great devotee . 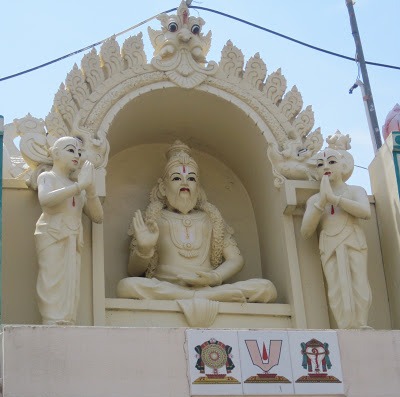 With these words the great disciple of Swami Ramanujar , Koorathazhwan took the spear from a soldier and plucked out his eyes himself.

The story did not end there. The King went on a camp to Tanjore. As he was sleeping in the night, he had an unusual feeling in his neck. There was a small infection. He thought of summoning the  doctor  in the morning. 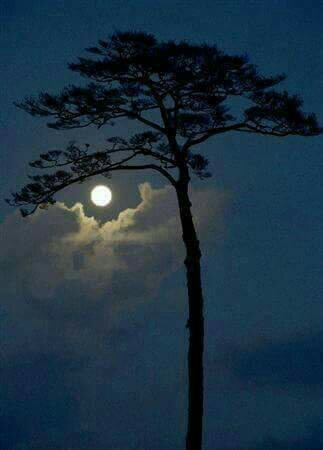 But by morning the infection had become so great, that hundreds of worms were wriggling on his neck. He died the next day earning for him the epithet Kirumi Kanda Chozhan. The Chozha king with worms on his neck. The worms had to do what was destined to him . Apachara on vaishnava is instant … 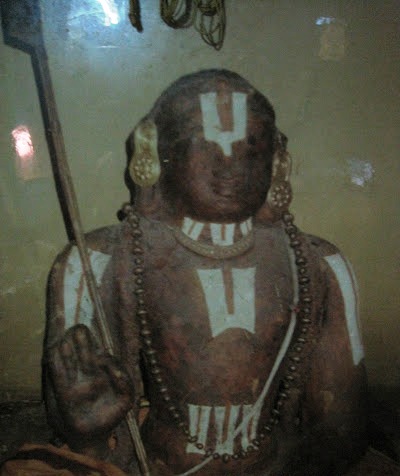 The story did not even end there. It was only several years after the death of the  Cruel King that Swami Ramanuja could meet the blind Koorathazhwan. Ramanuja hugged his disciple and cried.“Koorthazhwan, I am your Guru.

I have not asked anything from you so far. I am going to ask you something now. You should not refuse.”

“My life, my body and my soul belong to you, Gurudeva.

Your word would be my command.”he said to our Acharyar Swami Ramanuja . 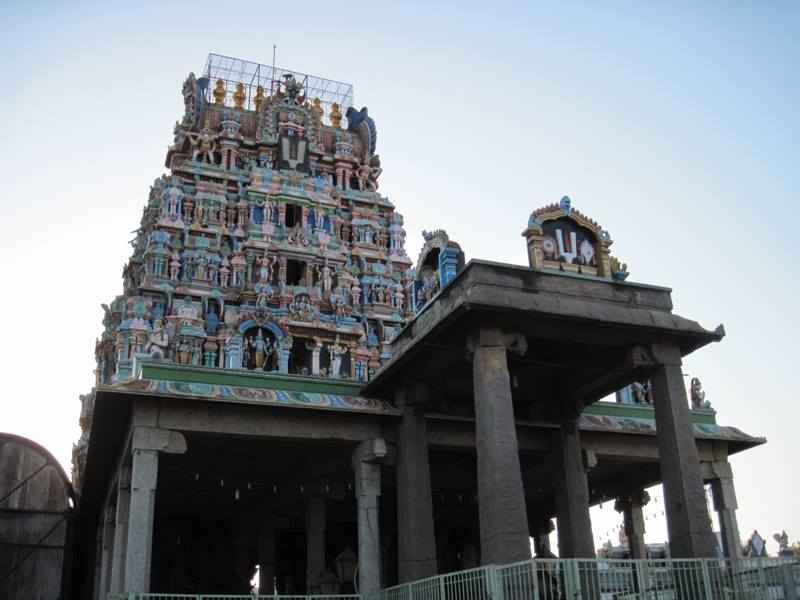 Pray to our Sri Varadaraja Perumal. For your Bhakthi He’s sure to appear before you. Please ask Him to restore your eyesight.”

Adiyen “I will, Acharya said Azhwan.” With the help of few other disciples azhwan travelled to Kancheepuram from Srirangam. It was a two weeks’ journey.

They reached Kancheepuram in the night. The next morning Koorathazhwar had his bath, finished his morning prayers, prayed to his Acharyar and appeared before Lord Varadharaja.the deity of supreme love.

Koorathazhwan had been to the sanctom and sanctorum of the temple and had worshipped the Lord’s form many times, when he had his eyes.

Remembering that form, remembering the words of his Acharyar , with eternal love flowing in his heart, Koorathazhwan composed and sang Varadarajasthawam, a beautiful poem glorifying the Lord’s grace.

Perarulaalan, his beloved, Lord Varadharaja was immensely pleased and appeared before his blind devotee in a vision. 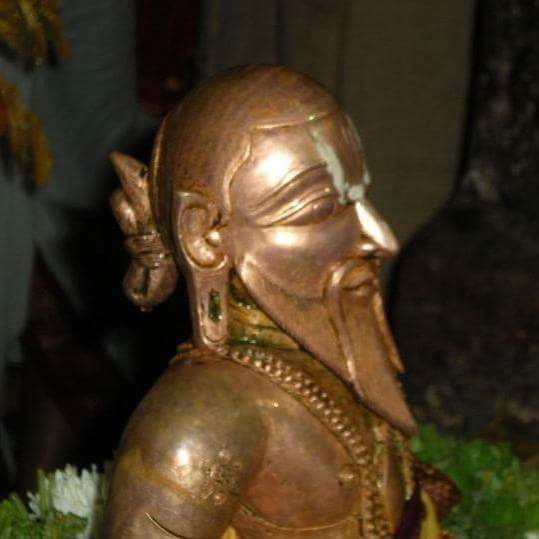 Lord said , “Koorathazhwan, tell me, what do you want?” Had the devotee asked for the seven worlds, the good Lord would have placed them at his feet.

Seeing the Lord, hearing His voice, now Koorathazhwan’s heart was so full of love, that he forgot his mission. He even forgot his Gurudeva’s words.

He forgot the fact that he was blind. What bliss was he enjoying at that moment!

If people could enjoy that kind of a bliss, there would be no hatred in this world.

Why should people hate each other, and that too in the name of God?

He felt sad why at all he cursed the Chozha King.

Then he remembered the evil Minister, Naalooran. 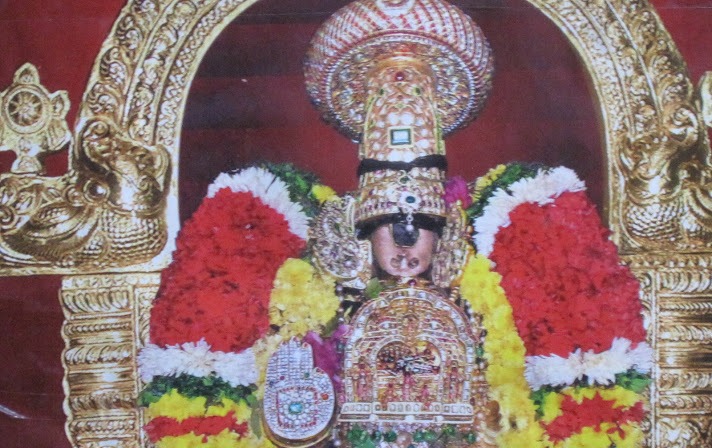 Koorathazhwan folded his hands before the graceful Lord and told him in a shivering voice,

“Naalooran, the minister should enjoy the same kind of bliss which I am enjoying now in your presence.

I want no more than this, my Lord.”he said with tears..

That was koorathazhwan  a true vaishnava .. 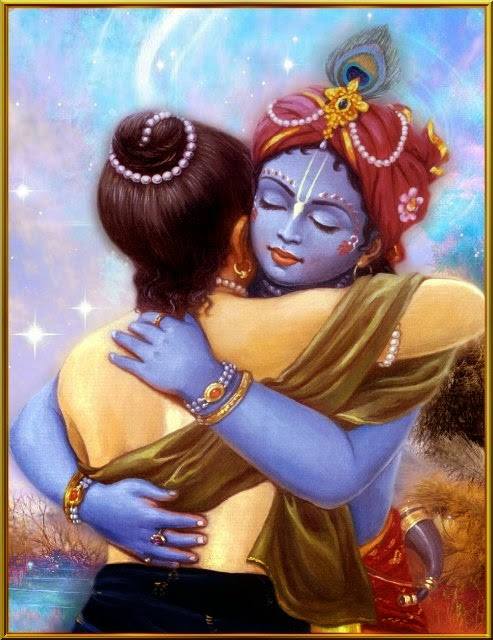 Koorathazhwan had done the unthinkable.

By asking this boon he had grown in love at par with the God Himself. Later when Ramanujar heard of Koorathazhwan’s act even he could not muffle his sobs.

The Lord granted the boon, blessed Koorathazhwan and disappeared with a mischievous smile on his beautiful lips. 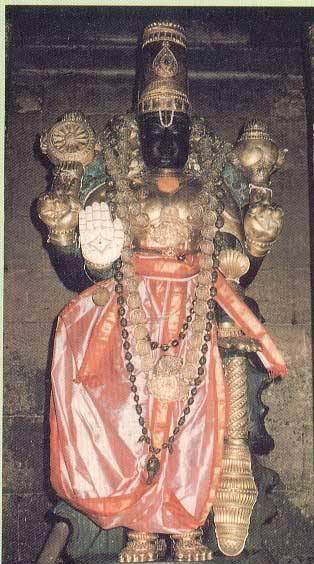 May Koorathazhwan who was kind enough to give benediction to his enemy teach us how to love.

May he make us love more and love deeper. 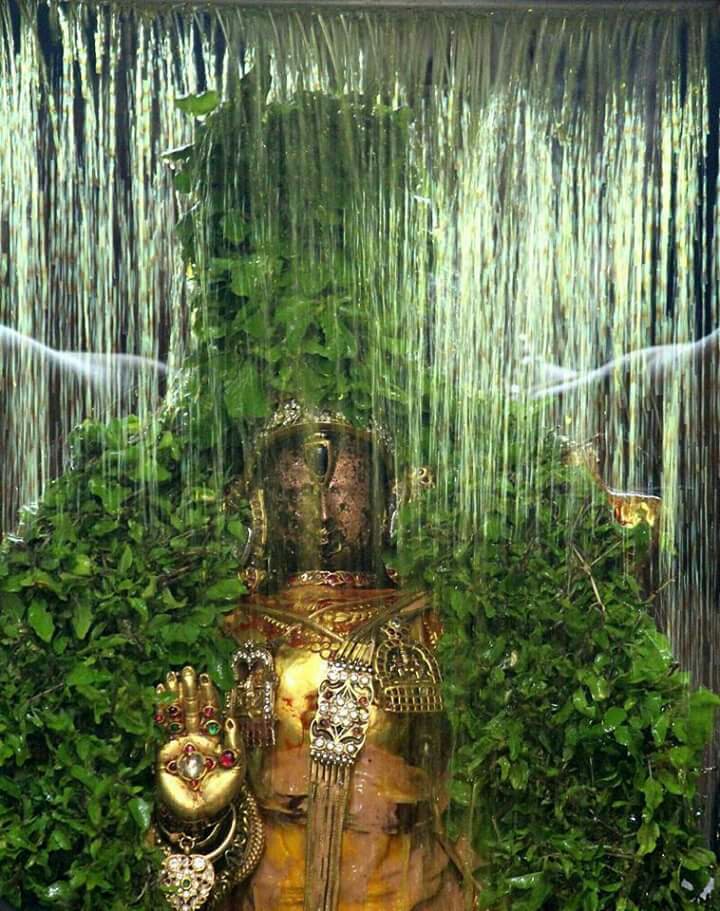 Few pastimes are shared in the below posts

All srivaishnavas praise the glories of Azhwans bhakthi towards Acharyar .

May he always bless us to be devoted to Acharyar and Perumal .

I worship Koorathazhwan, whose pancha stavam are like mangala sutra (Thirumaangalyam) for the vedas – i.e., without which there is no clarity in who is paradEvathai. 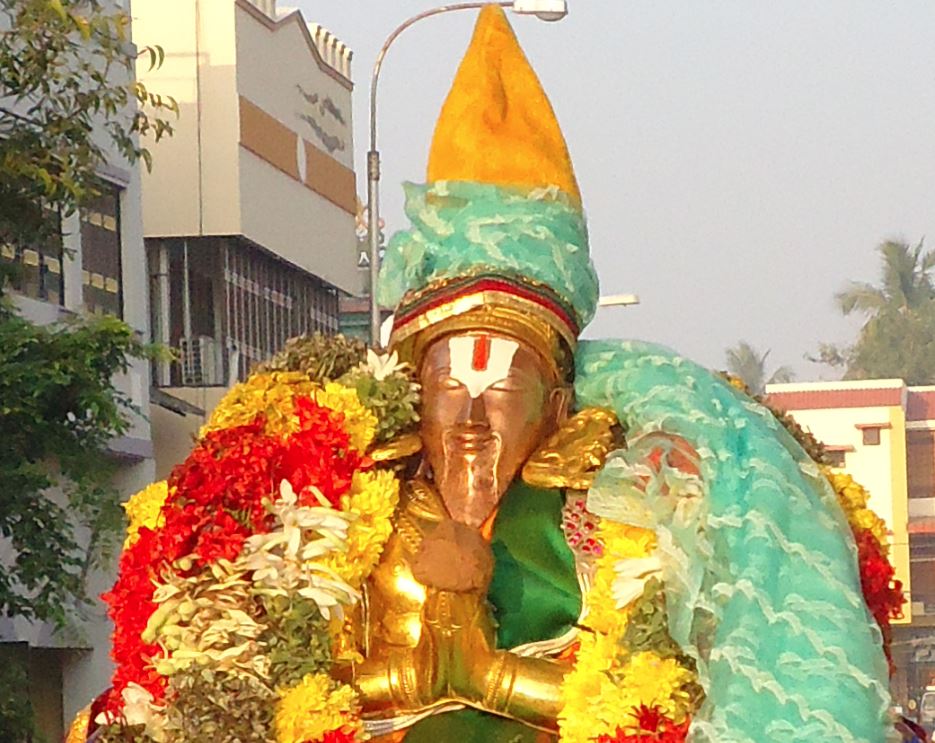 1009 Appearance day celebrations are conducted grandly at the holy place Kooram very near to Kancheepuram  the place where Azhwar had appeared ,

10 thoughts on “Swamy Koorathazhwan ….who prayed for his enemy too …”