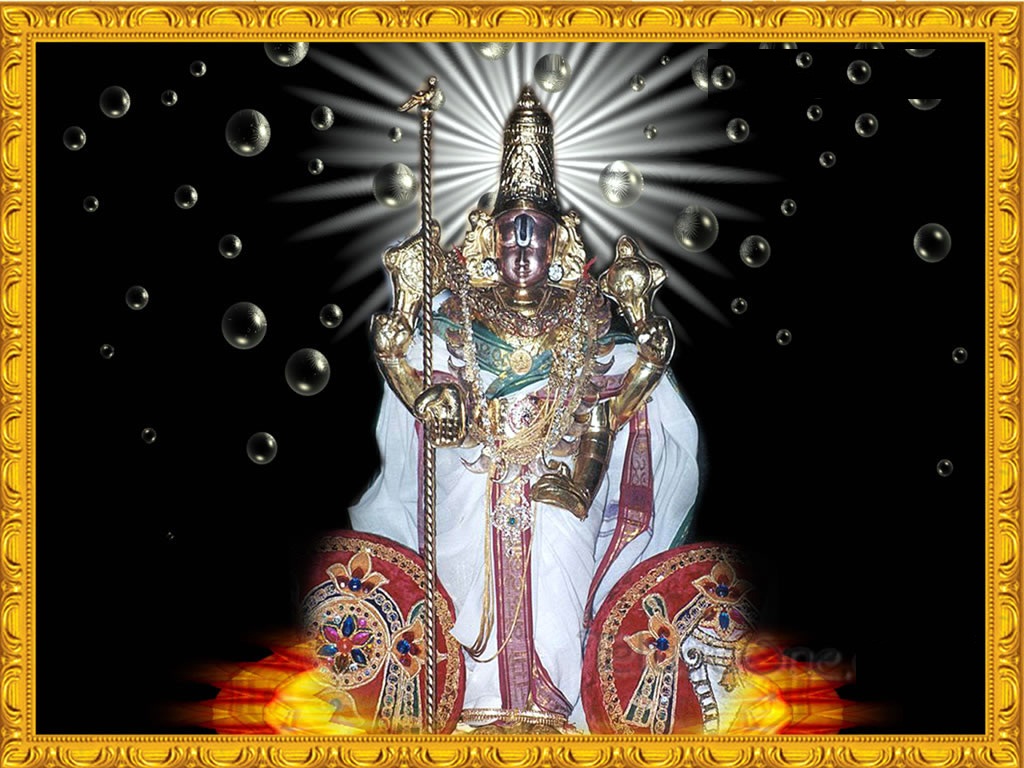 Once the ardent devotee of Lord Venkateshwara of Tirumala Hills , Swamy Ananthazhwan was engrossed in making garlands for Perumal . Lord sent for him through asuri voice and ordered him to come to the sanctum sanctorum at once.

Ananthazhwan waited for sometime, completed the garland and entered the sanctum sanctorum.

The Lord was unhappy  at the delay and asked  ….Azhwan  ..

what  would he  do if he were to banish him from the Hills.

Adiyen had come to the  Hills not to obey the Lord’s commandments, but in obedience to the orders of  adiyen’s  Acharyar Swami Ramanuja  .

Oh Lord !!! the flowers would lose their fragrance  in case   of  adiyen’s delay as they  had to be strung in to a a garland before they bloomed. 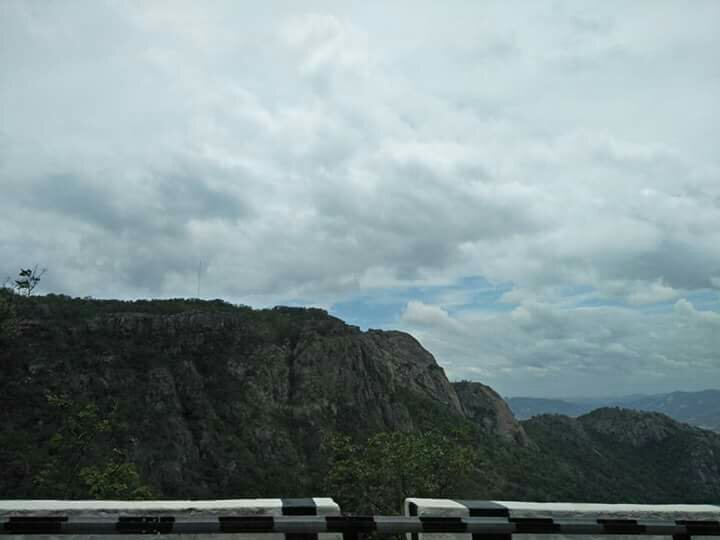 This was the order of  adiyens Acharyar  Swamy Ramanuja and Am just fulfilling his Acharyars  command and doing service to the Lord.

In this regard he was only emulating the ancient sage Madhurakavi who knew of no other Lord except Nammazhvar and worshiped the Lord because that would please his Acharya Nammalvar.

It is only to please my Acharya, Swamy Ramanuja, “said Ananthazhwan Adiyen is engaged in making garlands and serving at your shrine. I know of no other Lord except  Acharya from Srirangam.

I always chant Madhurakavi’s kanninunchiruthambu and think constantly of my Acharya . 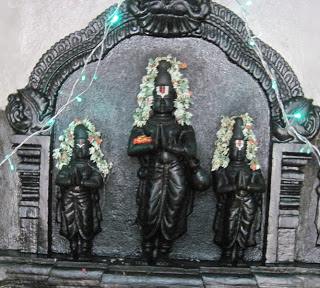 You  may consider me a dasa of Madhurakavi.

Lord !!! After all you are as much a descendent on the Hills as I am. You came little earlier and  adiyen  came a little later.

Adiyen is here to obey the orders of Swami Ramanuja and will refuse to move out.

Adiyen will continue with my service to you ”The lotus eyed Lord was immensely pleased and applauded Azhwans in describing himself as Madhurakavidasa.

Since then the descendants and the  disciples of Azhwan chose to add the term ‘Madhurakavidasa’ to  themselves. Like Madhurakavi, Ananthazhwan was also an Acharya dasa.

When Ananthalvan went to Srirangam and prostrated before the Acharya Swamy Ramanuja, he directed him to Sri Arulalapperumal Emberumanar.

It is noteworthy that at Tirupathi in the Temple of Lord Govindaraja, there is single shrine for both Madhurakavi and Ananthalvan establishing the latter’s Madhurakavidasatva.

Legend says that Lord Venkateshwara introduced Himself as a disciple of Ananthazhvan to the Srivaishnava pilgrims on their way up the Hills and to have called Himself as Madhurakavidasa.

Further he chanted the two Thaniyans and distributed holy prasada to pilgrims ostensibly at the behest of Ananthazhwan. This was the affection LORD had for the Azhwan .

The Guruparampara prabhava and other works make it clear that Swami Ramanuja first sent Ananthazhwan and then only he himself came up the Hills for worship of Lord Venkateshwara . 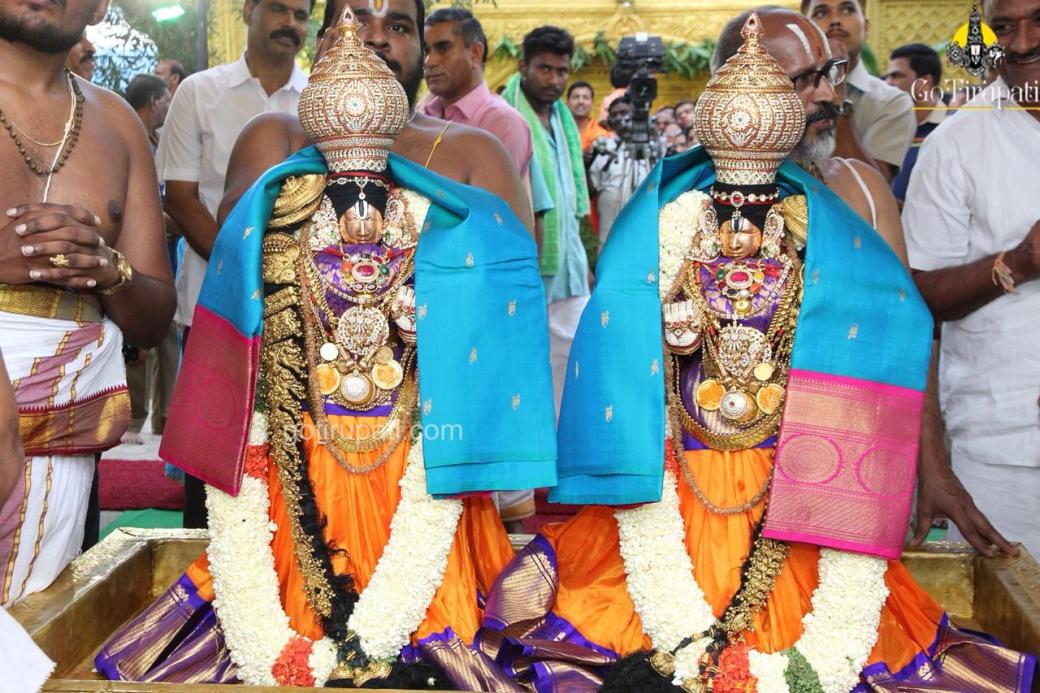 As Swami Ramanuja was returning to Srirangam after worshipping at the Hills and after patting his disciple for the excellent garden he has created, Ananthalzhwan was unable to bear the separation from his Acharya.

Swami Ramanuja made one Acharyavigraha of himself and after embracing the same, presented to Azhwan.

It is this deity that Azhwan consecrated at the left side of the main shrine on the Hills after swami Ramanujar left for his heavenly abode. According to scholars, this is the earliest  deity  of Swamy Ramanuja. 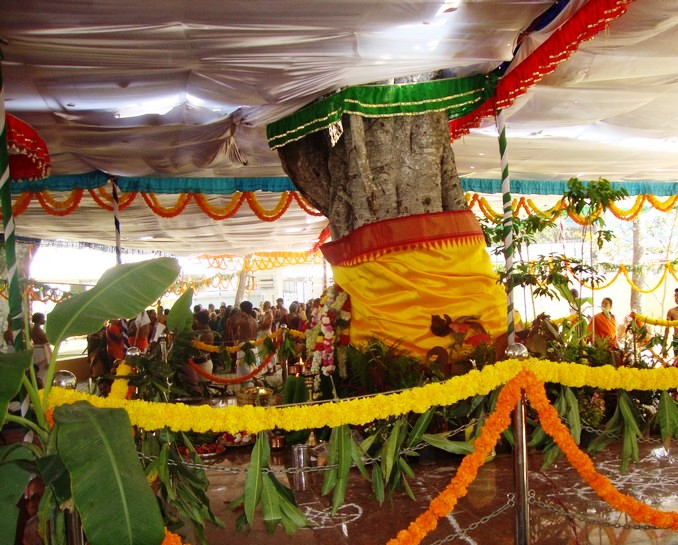 The deity’s  at Sriperumbudur, Srirangam and Melkote  arrived and glorified later    during the last days of Swamy Ramanuja. But the deity  at Tirumalai Hills was presented to Azhwan by Swami Ramanuja himself in his middle age during his first visit to the shrine.

The service that Azhwan rendered by getting the deity  of  Swamy Ramanuja from  swamy Ramanuja himself and installing it to the chanting of the Ramanuja Nutrantaati known as ‘Prapanna Gayatri’ has ensured a permanent place for Azhwan in the history of Srivaishnavism. 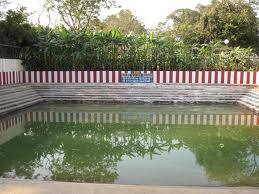 Out of absolute surrender to Swami Ramanujar Azhwan himself had composed the Ramanuja Chatusloki singing the glory of Swami Ramanuja.

There is an Ananthazhwan Vrindavanam on the Hills in the Ananthalvan garden. There is also a Makila tree (vakula) in the garden. According to tradition, it was on the Tiru Adi puram day that Azhwan left to heavenly abode…

Even today Lord Venkateshwara with his Consorts comes in procession to the garden on the evening of Tiruvadi Puram and prasada is offered on that occasion.

At the time of His return, the sacred Makila tree is offered flowers from the Lord and also Sri Sathakopa.

The Archaka goes to the Svami Puskarini for bath.This tradition is carried  on  .

It shows that the Makila (Vakula) tree is probably Ananthalvan himself reborn on the Hills. Kulasekara Alvar had wished to be born on the golden Hills in some form or the other.

May my mind & intellect meditate the form of Bhakti in Srinivasa, the highest Reality, revealed in the Vedanta as the Lord who creates, protects and destroys the whole universe with sportive ease and who has taken a vow to protects all creatures who seek him.