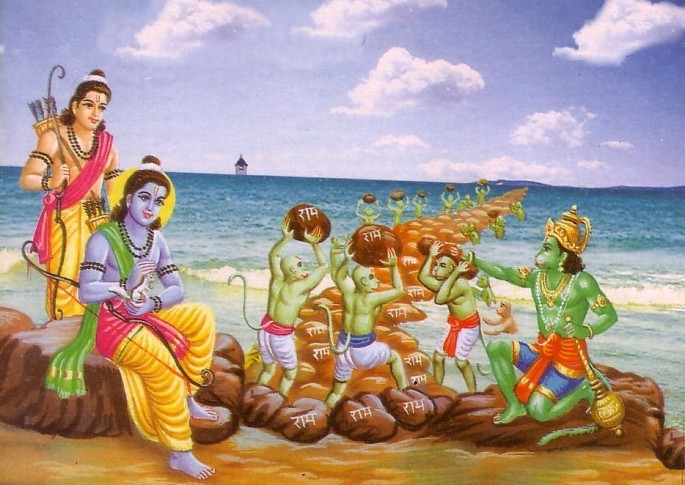 The scene  near the ocean was very different . Few squirrels suddenly noticed an army of vanaras marching near the mountains and lifting  boulders  and handing it over to the chain of vanaras  who  were carrying them to  put in the ocean with valour . 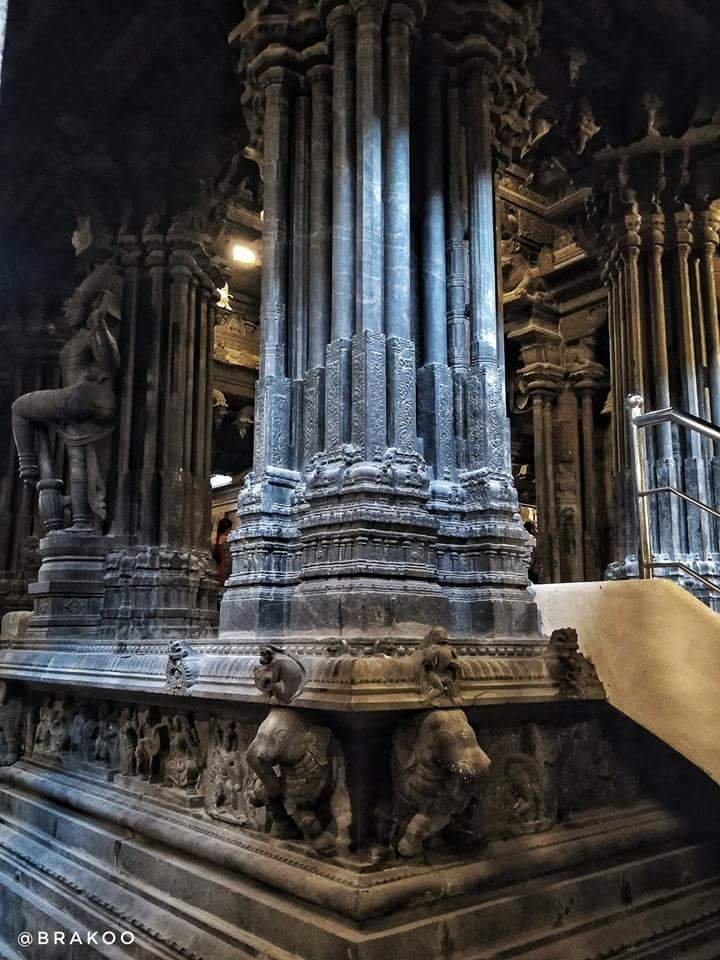 Few vanaras were uprooting the trees and a few making way for collecting the boulders .

All squirrels  residing near to the mountains  were wondering what was going around . 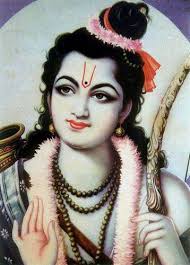 They could hear all the vanaras  doing the work with enthusiasm and were chanting . The sweetest name RAMA reverberated the entire area . Slowly they came out and found the  vanaras were in fact constructing a bridge over the ocean  , 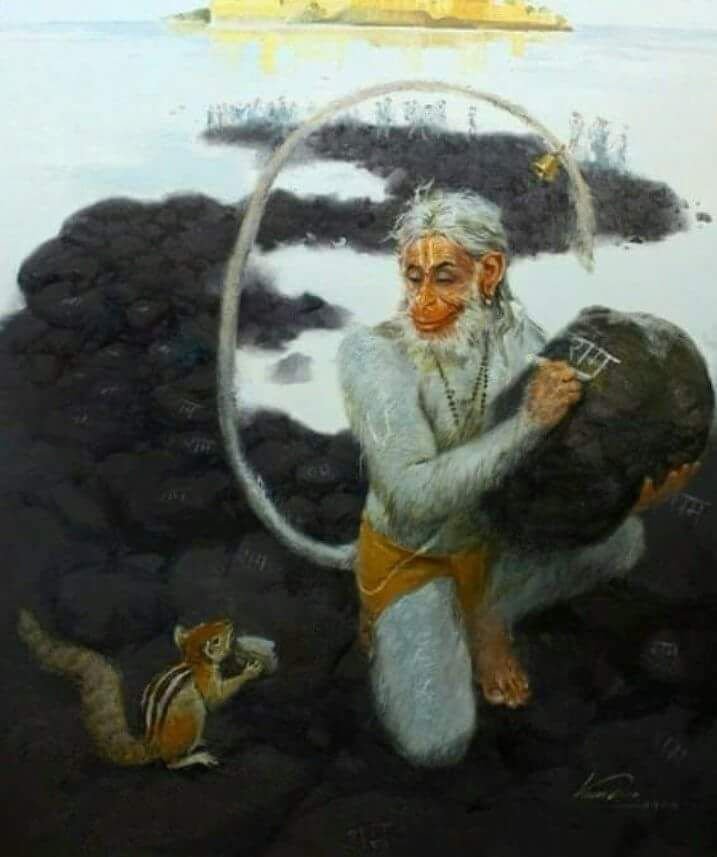 They understood that the bridge is being constructed for them to march to the other end of the ocean .  Inquisitively  few squirrels moved further to see the mammoth work being undertaken  along with the Nama sankirtana . 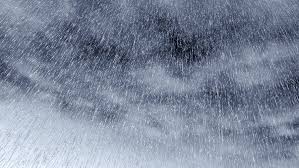 To their utter surprise they had darshana bhagyam of Lord Sriramachandra . Overjoyed with the feeling all of them decided that they must assist in this big work no matter the quantity of contribution .

The squirrels wished that when LORD with his tender feet walked over the rocks and mountains which had been dumped to form the bridge , HIS feet would get hurt by the  rough surface . 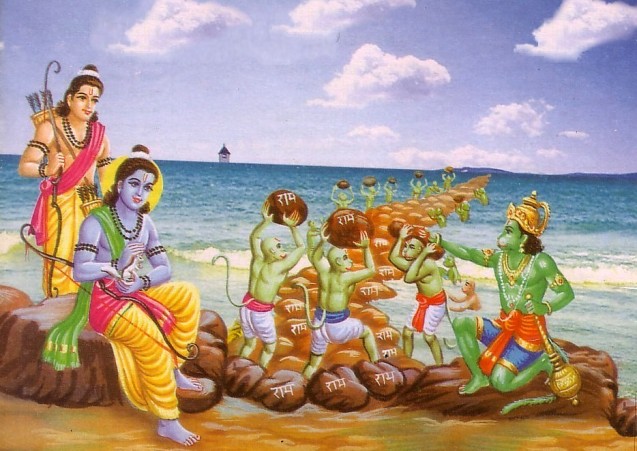 All of them decided to rush into the ocean , wet themselves come back to the shore , roll the sand  and shake themselves so that the sand particles which were clinging to their body would fall on the rocks put by the vanaras . 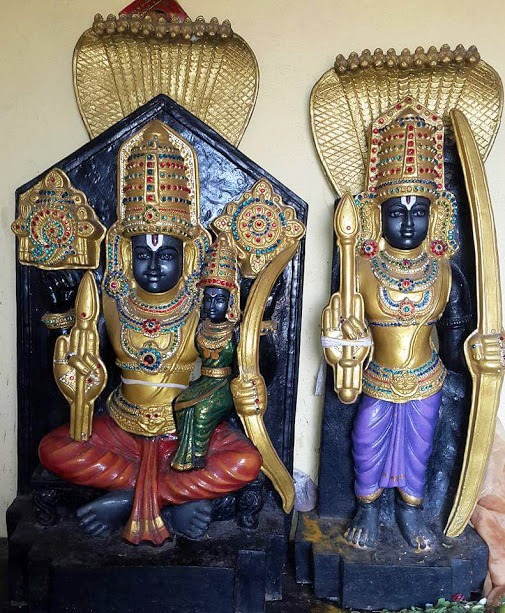 Few squirrels  carried  bits of wood ,pebbles and sand out of devotion. They were in the opinion that the pathway on which Lord Rama would walk would be soft due to the sand . 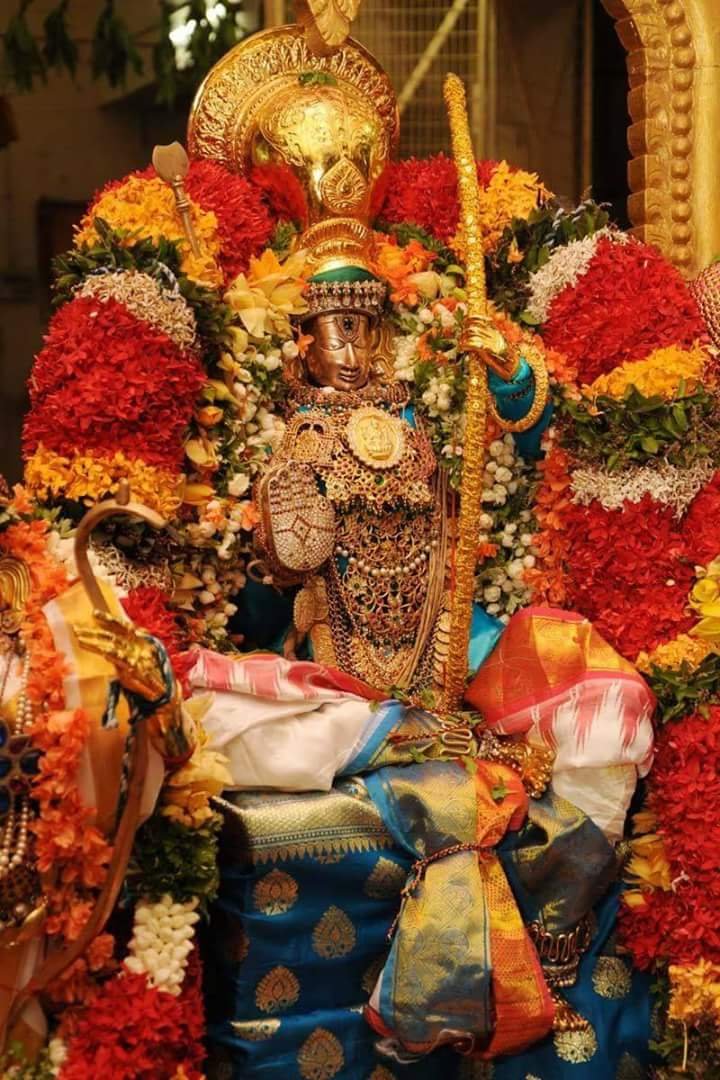 The joy derived by the squirrels in Lord Ramas kainkaryam was multifold . Soon there were many squirrels jumping in the seashore and leaping near the rocks to contribute their might in squeezing as much as sand possible.  This they were doing watching the divine beauty of Lord Rama under ecstasy . They some how managed to draw the attention of Lord Rama in their endeavours . 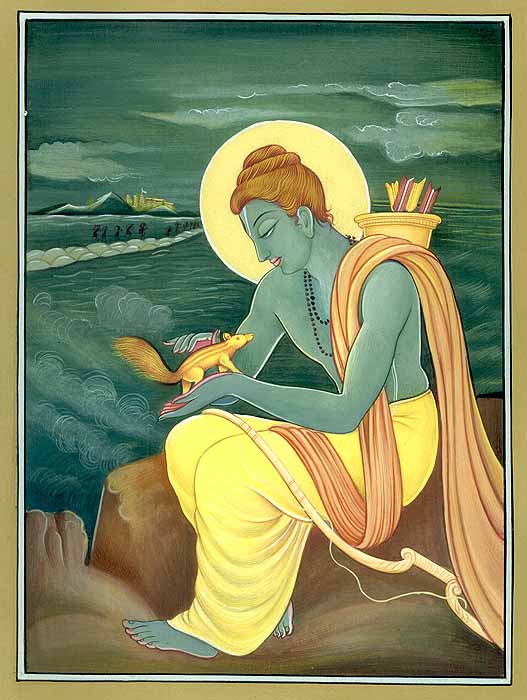 Lord Rama noticed this supreme devotion which had been exhibited by the tiny squirrels  in a selfless manner . He gathered all the squirrels close to him  and stroked them . The general belief is that is the reason why we see the three marks on the back of the squirrels .

The squirrels  had rendered their life worthwhile  and noticing a squirrel we can relate this incident .

How fortunate were they ? 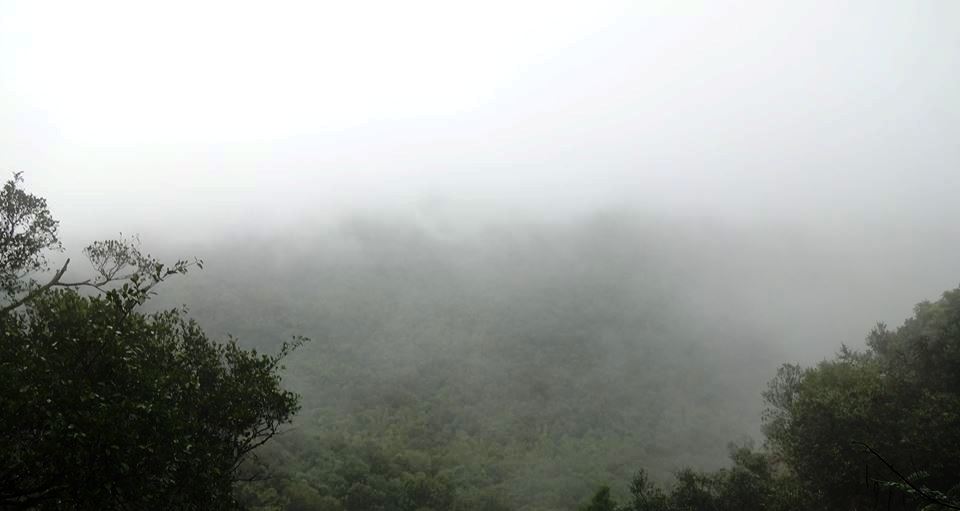 Though this sweet incident is not seen  in the Valmiki Ramayana , this incident is quoted in other languages of Srimad Ramayana including Kamba Ramayana . 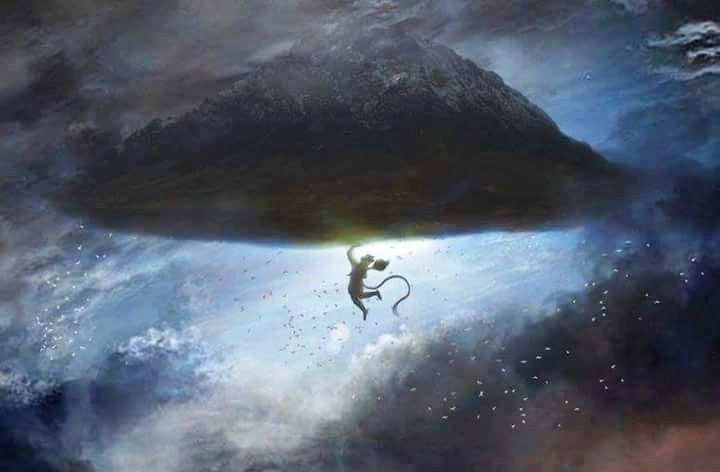 The meaning of the pasuram in brief reveals  Oh Lord ! i did not perform any service  that an ordinary  man  can do. i did not even attempt  as little as an animal does. When Lord  RAma wanted to cross the sea to go to Lanka, the mighty vAnarAs lifted huge boulders and dropped them in sea.

A little squirrel also  dipped in the sea and rolled his wet body on sand and shook the sand particles stuck on his body into the sea. 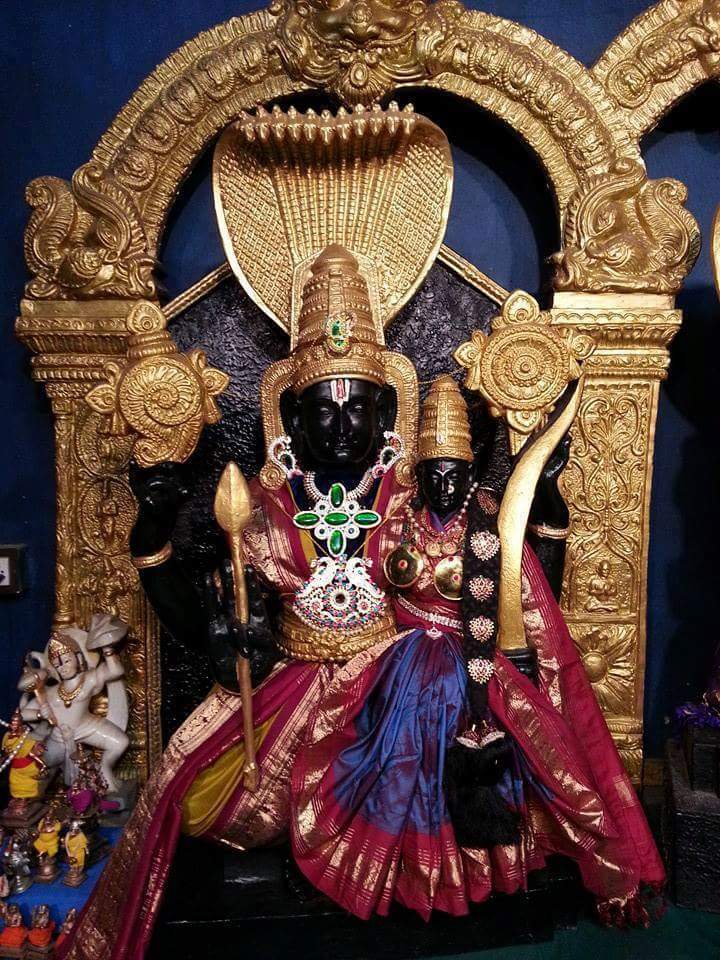 Oh!  Lord A big sinner I am !! i don’t even do such small  service  to serve your Lotus feet .

Not only I do any physical  service but neither have any devotional feelings too.  Alas!  My human birth is a waste. What else can i do but cry and cry? 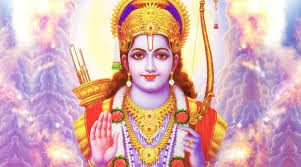