An interesting episode took place during  Swamy Ramanuja’s time at Srirangam .  One day a   kainkaryapara ( temple servant)   was  murmuring  in front of the  thirumadapalli (temple kitchen) of Srirangam temple in a strange way .

Amused by his speech   many onlookers  and devotees assembled there .  Acharya  Swamy Ramanujar   was proceeding  to temple from  his Ashram  .

Looking at the  huge gathering near the kitchen   , Swamy enquired what was the reason for this gathering . A disciple came forward and  replied that  a kainkaryapara ( servant ) was dejected for some reason and hence he  was  murmuring .   Swamy Ramanuja  instructed  his  disciple to call him .

Pleased with Acharyar’s invitation   the kainkaryaparar  introduced himself as a servant  of the temple  and offered  his humble obeisances .

Swamy Ramanuja  asked him why was he dejected ??

He submitted  , Swamy !!  adiyen was content  with  Lords prasadam  which was taking care of him and his family  past  few years .

However , now  that his family has increased in size the prasAdam was  insufficient to feed his family members . This was  due to addition of few relations who  joined  him forever . Unable to cater their needs adiyen was upset . It was my small request to enhance the prasadam share for my family too  .

Swamy  Ramanuja  patiently heard his petition looked at him with compassion and  asked him if he believed in  Lord Namperumal. The servant politely  replied ,  Swamin !!! Adiyen  has trust in  Acharyan Swamy Ramanuja  more than Perumal ( Lord himself ) .

Swamy  advised him  to stay in his  place as he was residing  and   continue with his work . He said that the prasad  shall reach him  for sure .

This was told by Acharyar  very casually .  After some days he met the same  temple servant on the banks of  river kAveri in front of a small hut.   The temple servant rushed amongst the onlookers and offered  humble obeisances to Swamy Ramanuja.  Acharya recognised him when he offered obeisances  .

Out of love he  asked him

The temple servant pleased with Acharyar speaking to him directly was overjoyed . He replied with enthusiasm that It was Acharyars mercy he and his family members are very happy , and by the grace of the Acharyan and  Lord  he was  content  with the prasAdam being delivered daily by his disciple .

Swamy Ramanuja   surprised to hear this , enquired with the disciples  as he   was not aware of appointing  someone  for the same .

With confidence the servant said Acharya !!

It is Rangan the smart boy who was prompt to serve us the prasadam daily and your disciple was kind to brave even the rain to serve  us the Prasad many many times .

Swamy Ramanuja  , after enquiring  in detail  realized that the person  Rangan who was doing this job was none other than Lord ( Periya perumal)  himself. 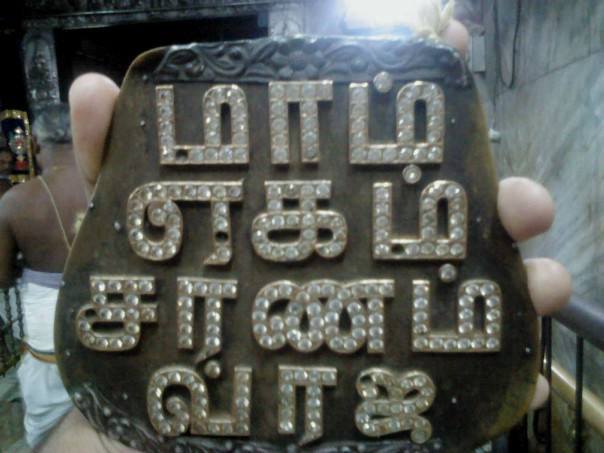 This is how  LORD also keeps up his words