Many years ago there was a severe drought in  melnadu located  near  present coimbatore  The drought continued for almost  12 long years . An old couple  who were living there decided to leave  to the banks of cauvery  and reside near the holy Sri Ranga Kshetra .

They shifted their camp near to the  Lord’s  temple .  Good or bad is Lords divine will .They surrendered to the Lordships and managed their daily lives .

One day  they observed huge number of srivaishnavaites following Swamy Ramanuja  to the banks of cauvery . Curious to know about the following ,  they followed Swamy Ramanuja and found  the entire place were his followers .  The elderly lady was charmed by the divine tejas of Swamy Ramanuja .  She walked  near the banks and asked the villagers ,Who the revered swami was and  those followers .

The group replied  that Swamy Ramanuja was the king of Ascetics and he moves  along with 700 ascetics 74 Acharya Purushas , 1200 Ekangees and 300 kotti ammai . 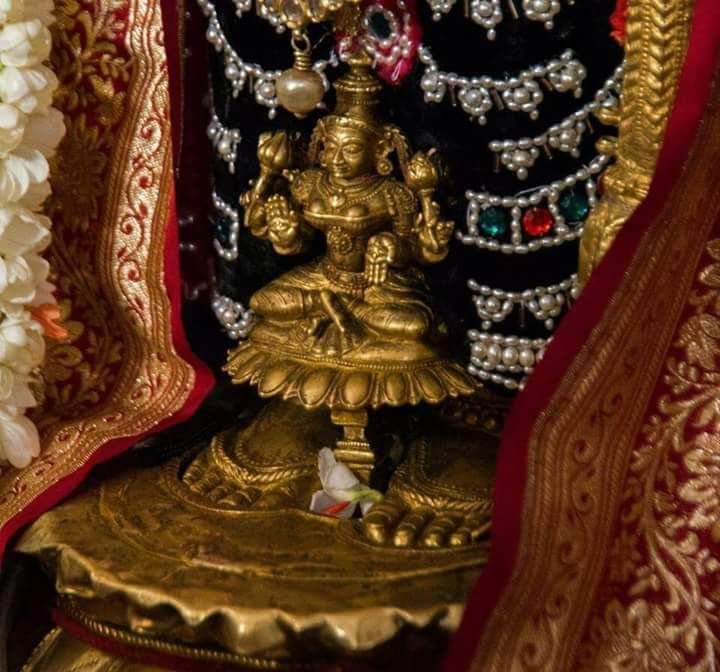 Several kings and sattadars are his disciples .       You are blessed to have his  darshan remarked a old man .

She  liked the place and the vibrations .She used to observe Swamy Ramanuja completing his temple duties and entering seven houses daily for alms .  She tried her best to have an audience with the great seer but was unsuccessful .

One day  as she waited  she saw Swamy entering her house .  She offered obeisance’s and  with all humility spoke to him . 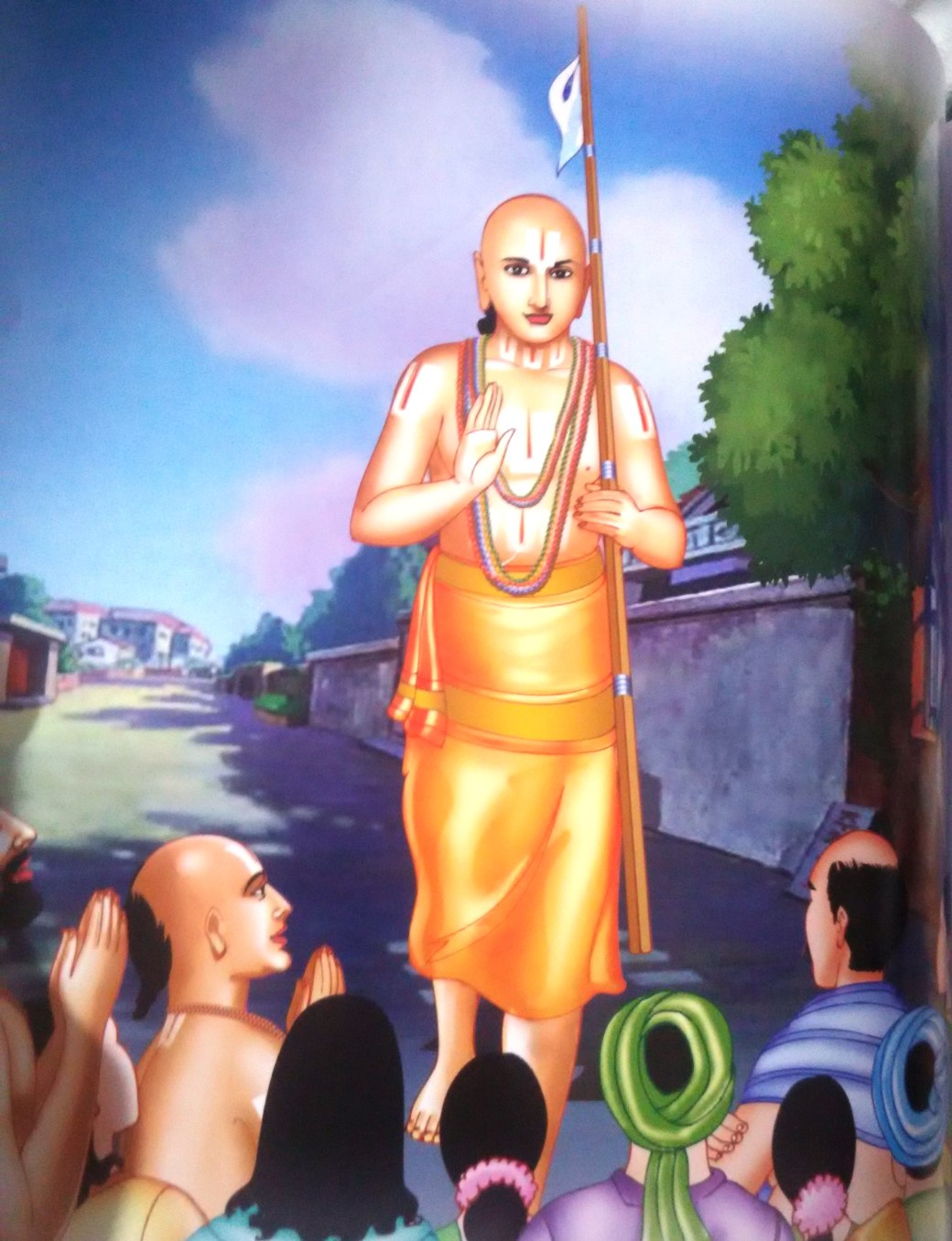 Oh  Revered Swamin …   please listen to my prayer …. You are a sanyasi  who had given up everything in life  and there are no possibility for having wealth  , gold , jewels , mansions or any  other worldly prosperity.  You just have a saffron cloth , a Tridanda and Bikshu  .When that is the case how was that so many people are following you all the time ?  and landlords , kings fall at your lotus feet  ,and whereas you are living on biksha only. what is that you can give to so many followers who are with you . What is the secret  behind all these disciples as I don’t find any difference between a King and  you . You are truly YathiRaja..

Swamy Ramanuja with abundant compassion told the old lady , Mother ! I don not have any wealth to share  but I   give them bits of information about Lordships  and  have  a mantra that will cut the bonds of samsara  which is full of worldly  cares and that  as a result of this they would get grace of the LORD  which would confer eternal bliss in the form of their attaining to the presence of Lord Vaikuntanatha  .

The  lady was quick to request Acharyar for the mantra for her upliftment  as she was in a pitiable condition . She fell at Swamys feet and shed copious tears , in great distress crying all the while that Swamy must grace her . Swamy Ramanuja looking at her supreme devotion  informed  the  disciples to  help her in her endeavor . They guided her to be at ashram for the initiation ceremony and succeeded in becoming Swamy Ramanujas disciple .With great mercy he asked her to repeat the Guruparampara  verses and later initiated her with the sacred ashtakshari mantra .

Swamy  Ramanuja performed Panchasanksaram, did Mantra Upadesam and the lady got a Dasya Name as “Kongil Periya Piraattiyaar”. The old lady was overjoyed  and offered her obeisances to the revered saint with all humility . 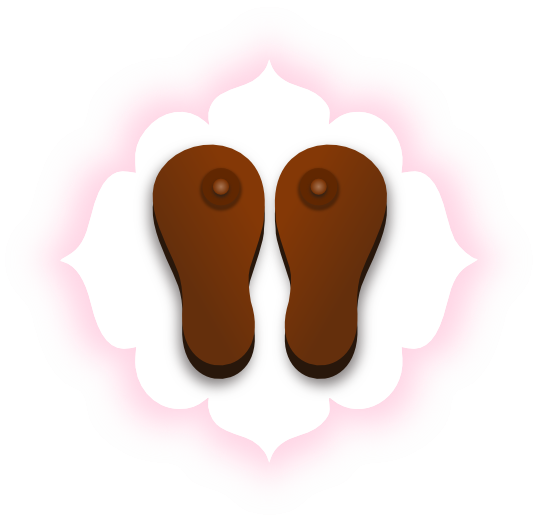 After few months , the situation in Karnataka was better and the old day  decided it was time to leave Srirangam .  Kongil Piratti went to  Swamy Ramanuja’s mutt and seeking Swamys blessings informed about her leaving Srirangam  .  She longed to have something special to remember her Acharyar  forever and hence pleaded Swamy Ramanujar to bless her with Swamys Padukas  .  Swamy  Ramanuja gave his pair of divine sandals (Padhukas) on the request of his disciple . With much relief and joy, she returned back to her native place.

Years  rolled by,  By divine will Swamy  Ramanuja had to leave Srirangam for some time . After few days of  trekking though  the Nilagiri  hills and the dense  forests , Swamy along with his disciples  saw  few tribal people nearby . Looking at the srivaishnava marks and the aura they came near them and inquired about their well being .

On knowing they were from Srirangam , they inquired about Swamy Ramanuja well being . They could not identify Swamy Ramanuja among them due to the  white dress worn by the Holy seer .  The tribals lead  them to the heart of Nilagiris with utmost caution as it was dark  and the weather was too chilly  .  Trekking almost for many hours they reached the Chiefs house . The Chief had gone on hunting rounds .

They requested the chiefs wife to take care of the sri vaishnavas with due respects as they were disciples of Swamy Ramanuja and their Guru Nallan Chakravarthy had commanded them to accept Swamy Ramanuja as their Maha guru .Touched by the august presence of almost 50 disciples the Chief offered fruits and honey . 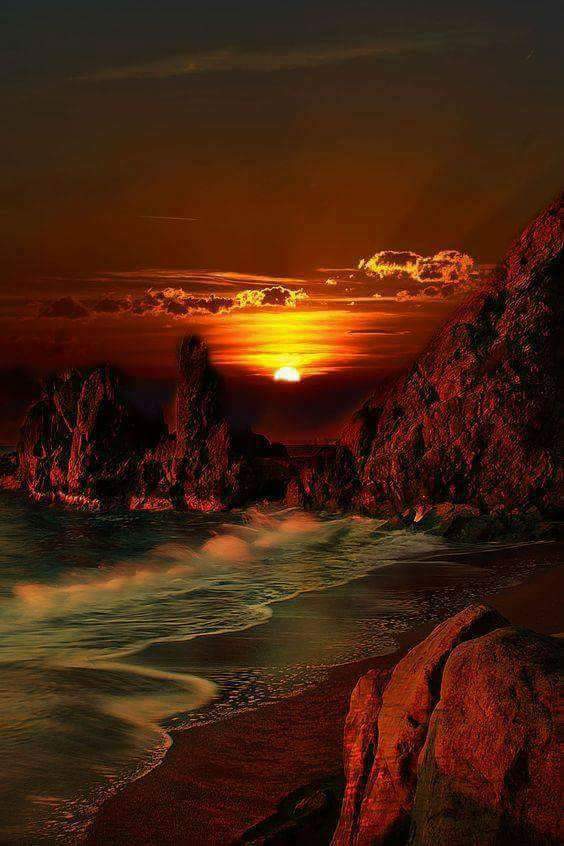 He knew the brahmanas will not eat  at their place .He commanded his men to go to the neighboring village to the house of a brahmana  by name Kattalai vari along with abundant provisions to honor the revered guests with food  without any delay .  The wife of Kattalai Vari was our KONGIL PIRATTI also called as Chelanchalamba .

Now , the disciples along with Swamy Ramanuja reached Kongil Pirattis hut . She was overjoyed to have darshan of so many sri vaishnavas in the remote forest . She offered her humble obeisance and prostrated  them .  She pleaded them to honor the food at her place . The disciples were keen to know her discipleship for entertaining her in cooking for them . She politely replied she was a disciple of Swamy Ramanuja and requested them to  reveal their Acharyars name . When the disciples echoed it was Swamy Ramanuja  she happily said that  It was a great honor to cook for them  and hence allow her to cook food for them .

Swamy Ramanuja who was in white dress was overhearing the discussion between the disciples and Kongil Piratti . He called   one of the disciple and asked him to observe  Kongil Piratti  while cooking . Kongil Piratti in turn went to  her hut , cleaned the entire place with cow dung and water . She had a bath , brought new pots and entered the kitchen chanting

All the  time ,while   she was cooking , the chanting of her Acharyar  Thirunamam was going on . She also  recited  few Prabhandam pasurams . After completing her cooking , she took all the dishes in a clean basket into the chapel . She offered her obeisances to the sandals that was given by Swamy Ramanuja . 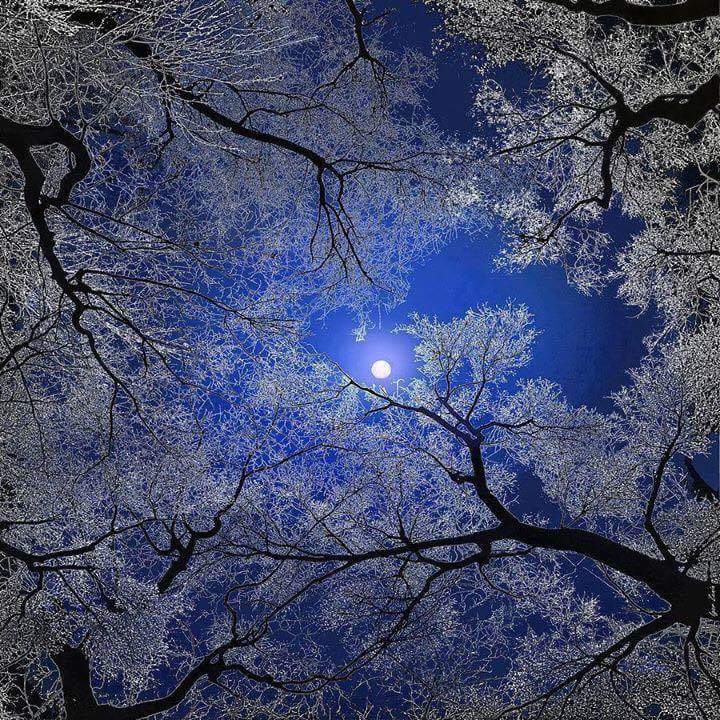 She offered the dishes to the Padukas and mentally chanted few slokas . Once done , she  went to the srivaishnavas and asked them to honor the maha prasada. The diciple who was observing the scene  went to Swamy Ramanuja and informed  how exactly Kongil Pirattis was  cooking in the kitchen . The disciple said  as it was dark in the chapel and he couldn’t  really see  whom the dishes were being offered . 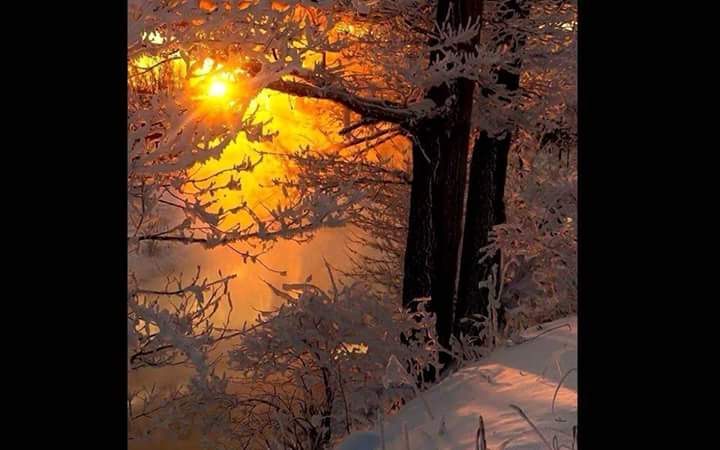 Out of abundant mercy Swamy Ramanuja  said  , Lord Krishna  dined with Vidura , Lord Rama had fruits from Sabari  and all of you shall honor the prasada served by our Kongil Piratti  .

Kongil Piratti  humbly submitted , Acharya  please have some fruits  from us . Acharyar with compassion partook few fruits  and blessed her . Kongil piratti served the prasada to all the disciples and took the remnants along with the  Sripada water to her husband  . She woke him up and said , My dear please have this nectar which  we are so fortunate to have . The husband looking at her Acharyar bhakthee  asked her why she was fasting ? 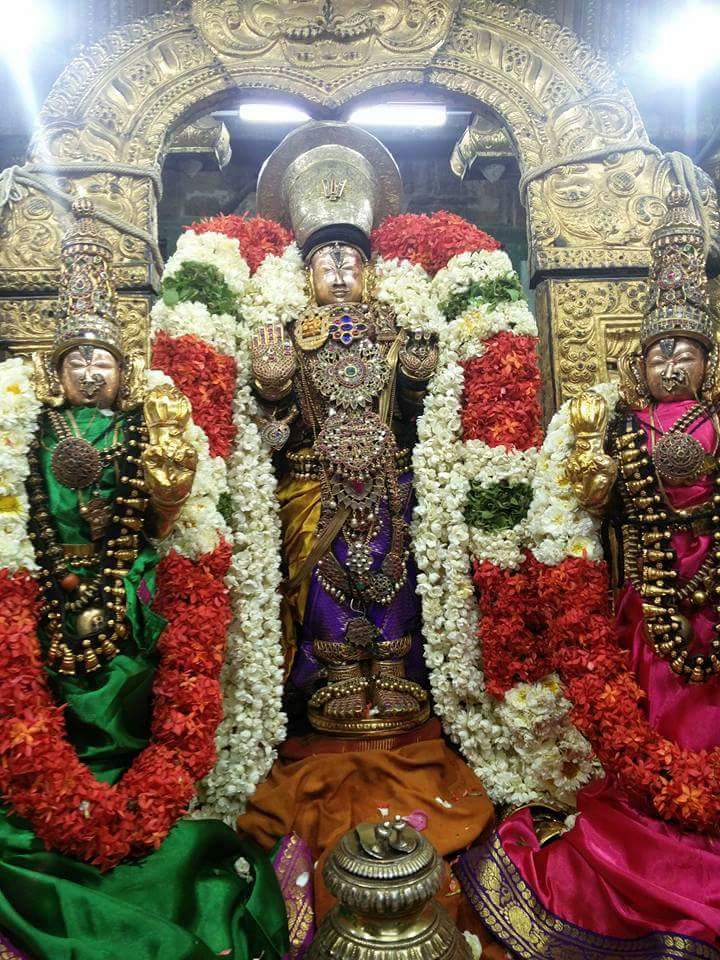 She replied ,  My Acharyar had just fruits and remember he is on a fast since one week .What is store for me .. But !!! Promise me you will surrender to asmath Acharyar for initiation  tomorrow . The husband readily agreed .The next day Kongil Piratti humbly surrendered to Acharyar along with her husband . She requested Swamy to initiate him into Srivaishnava fold . Swamy Ramanujar initiated him with Panchasamskara and blessed him . After this,  memorable incident , Swamy  Ramanuja proceeded towards Melkote where he lived for about 20 years.

In SrimadRamayana, Bharatha got the divine sandals of Lord  Rama and as a servant to Sri Rama’s Padhukas, he ruled Ayodhya for nearly 14 years. In the second instance, Kongu Piraatti got the Padukas of her Acharya Swamy  Ramanuja, worshipped them and was performing Poojas daily .

. A Piligrims diary to NAVA NARASIMHA KSHETRAM at AHOBILAM 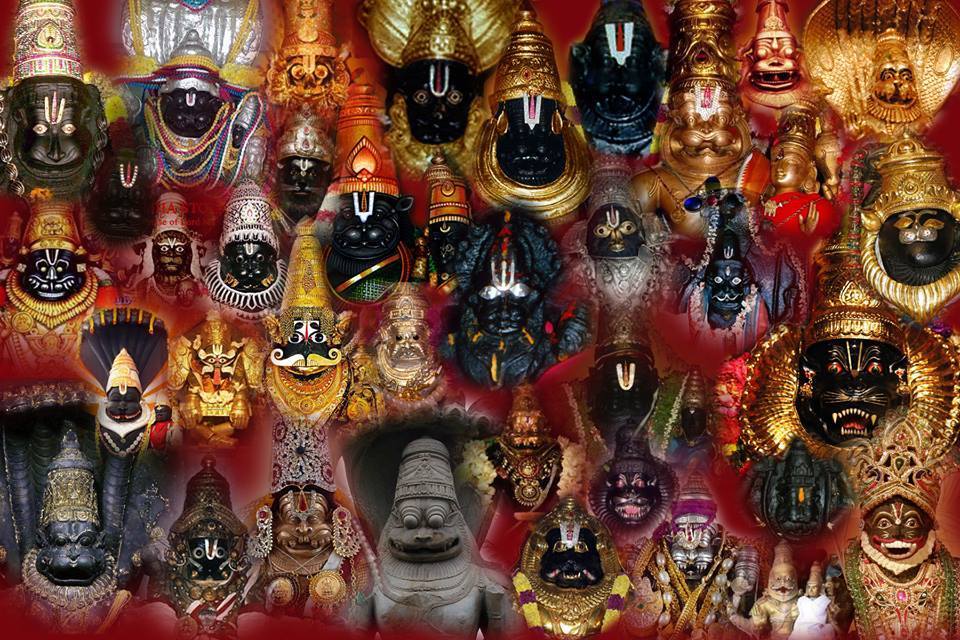 Prostrating at LORD LAKSHMI NARASIMHARS LOTUS FEET , Adiyen feels honoured to share the divine experiences of adiyens yaathirai to Ahobilam Divya desam. Ahobila Mutt authorities has taken the holy initiative to develop this kshetram on war footing and made it convenient for the piligrims to have darshanam of LORD in the temple.We offer humble obesiances to Jeeyar and the Mutt followers as this holy intiative from HIS HOLINESS has really made piligrims journey more simple compared few years ago . Presently nine archakas ( priests ) have been appointed who perform Nityathiruvaaradhanai ( worship) to all the Nava Narasimhars .They travel by Cycles to the temples and are very cooperative with the piligrims. Adiyens sincere acknowledgements to Ms.Ramesh , the author of…