This Srivaishnava Divya desam is located near the shores of Bay of Bengal. Mamallamallapuram now corrupted as Mahabalipuram is Varaha kshetram and a  famous tourist centre. 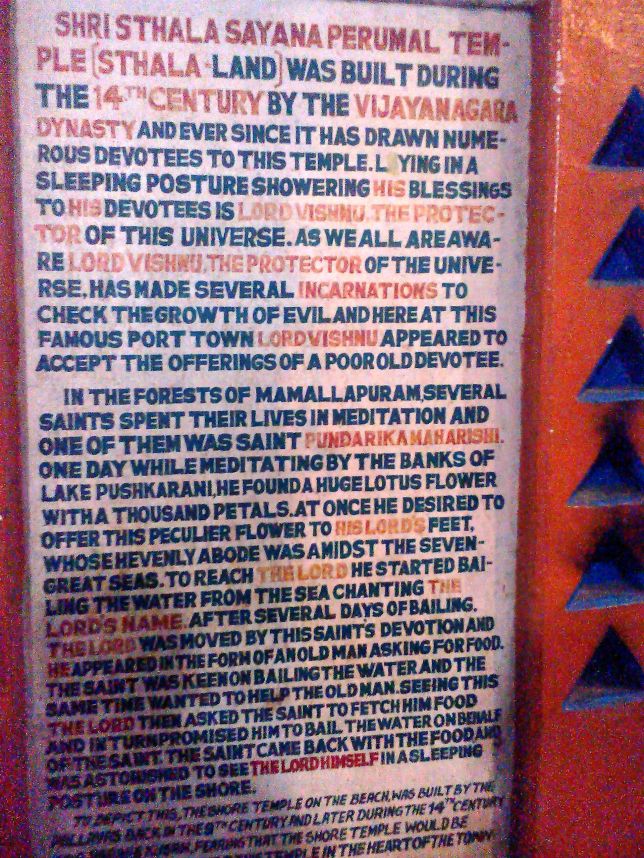 The sculptures speak volumes about the contributions of Chola,Pandya , Vijayanagara kings to this place  and it was an important trade center.

Legend reveals about  a  devotee  Sage Pundarika who  was on a piligrimage visiting various shrines, reached this place.  He was amazed to see  numerous 1000 petaled lotuses  in a pond. He immediately desired to offer them to Lord Ksheerabadhrinathan lying  at the milk ocean and this desire was also endorsed by asareeri( heavenly voice).

The sage was so immersed in bhakti that he started his way to Ksheerasagaram and as the ocean, Bay of Bengal was obstructing his path, he left the garland of flowers near the shore and  in the divine mood , attempted to  empty the ocean  which was an impossible task. This is as similar to the devotion expressed by the  the great Kulashekhara Azhwar who marched towards the sea to fight with the rakshasas along with Lord Rama  . 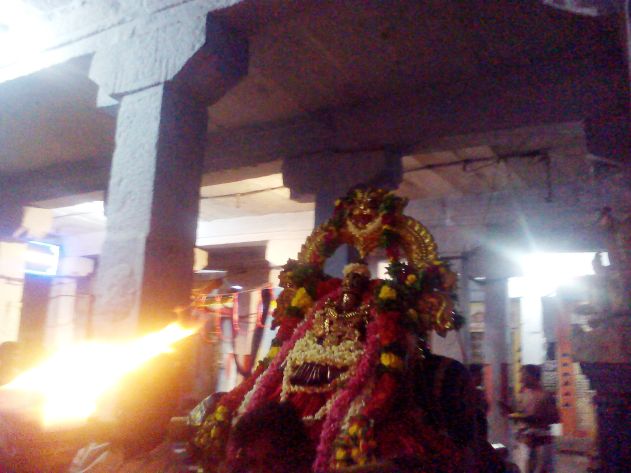 Pleased with the sage’s devotion, Perumal  appeared  as an old Brahmin  and took the audience of the sage .  The sage requested the Brahmin to take care of the flowers and left to Mahabalipuram to fetch some food.

When the sage returned he was astonished to see Perumal lying on the floor on Adisesha with the garland of flowers near His Thiruvadi.  The sage  glorified  Perumal and pleaded  the Lord to continue to stay in this place and give darshan.  Thus, we can see the Perumal lying on the floor and the sage seated near His Thiruvadi.The temple priests were kind to explain about the sthala puranam .Adiyen offers humble obeisances to them . 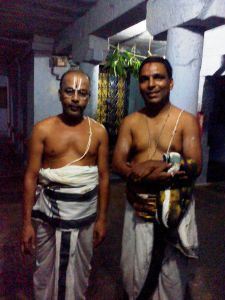