Thiru Adhyayana Utsavam  is  an enlightening  festival  for all  vaishnavas   and is  an assembly of devotees   reciting of Vedic Verses.

This  divine incident is celebrated as the  Thiru Adhyayana Utsavam in all the  Sri Vaishnava temples  starting on Margazhi Amavasai  ( Dec-Jan ) with the Divya Prabhandam pasurams of  Thirunedunthandakam (10 days before Vaikunta Ekadashi). 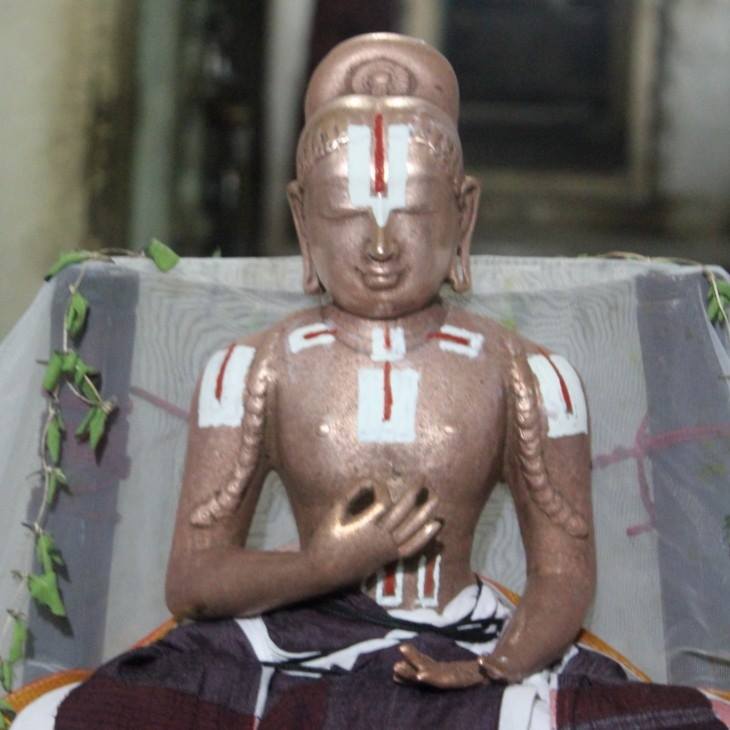 The 4000 Divya Prabandham  are the out pouring of the Azhwars who appeared in various divyadesams   few  thousand  year ago as per the divine commands of Lord Sriman Narayana  and composed the divine pasurams which all srivaishnavas make it a law  to recite . 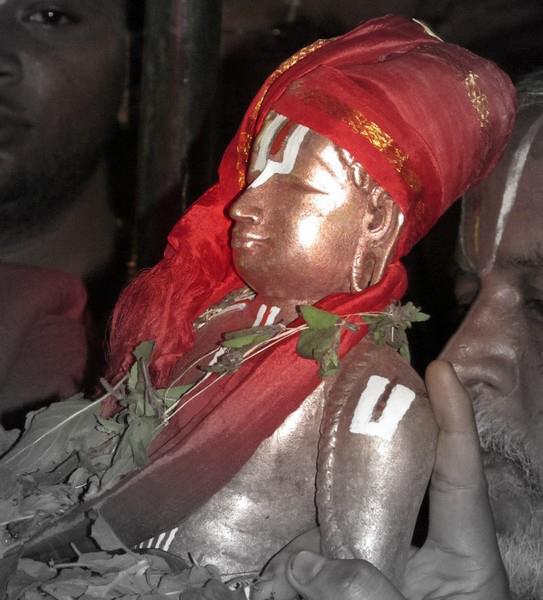 The  Divya Prabhandham has 4000 divine verses (Pasurams) and is  the Dravida Vedam   popularly glorified  as “Nalaayiram Divya Prabhandam “  in Tamil. It is also  glorified as  Dravida Tamil Veda. 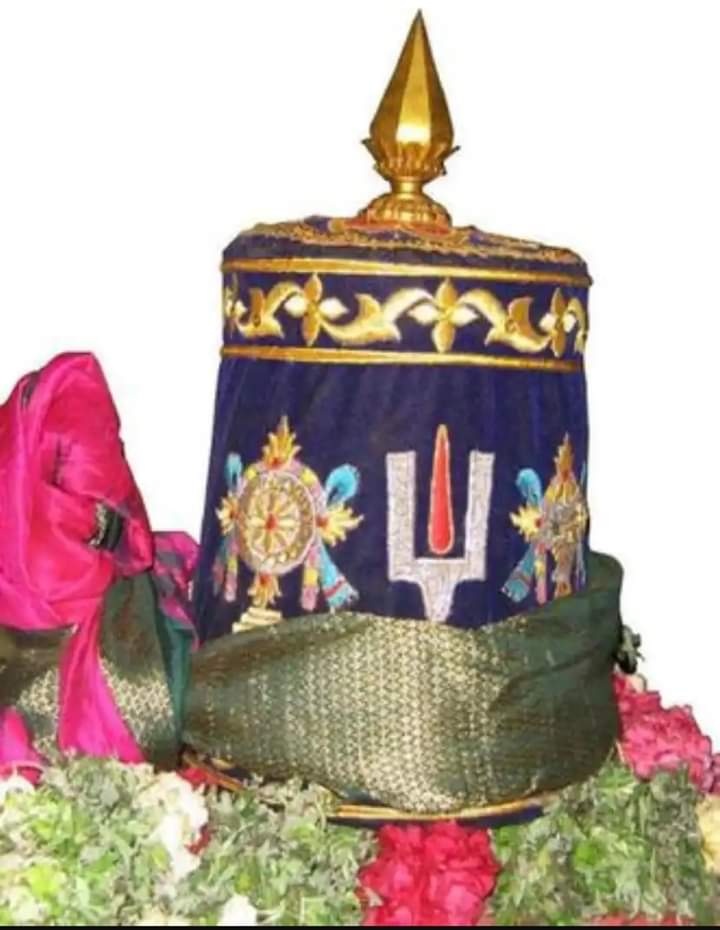 Once at Srirangam the capital of Srivaishnavas , the last of twelve    Azhwars ,  Thirumangai Azhwar sang one of his divine prabhanda       (Thiru-Nedun-Thaandakam ) glorifying Lord Ranganathar . 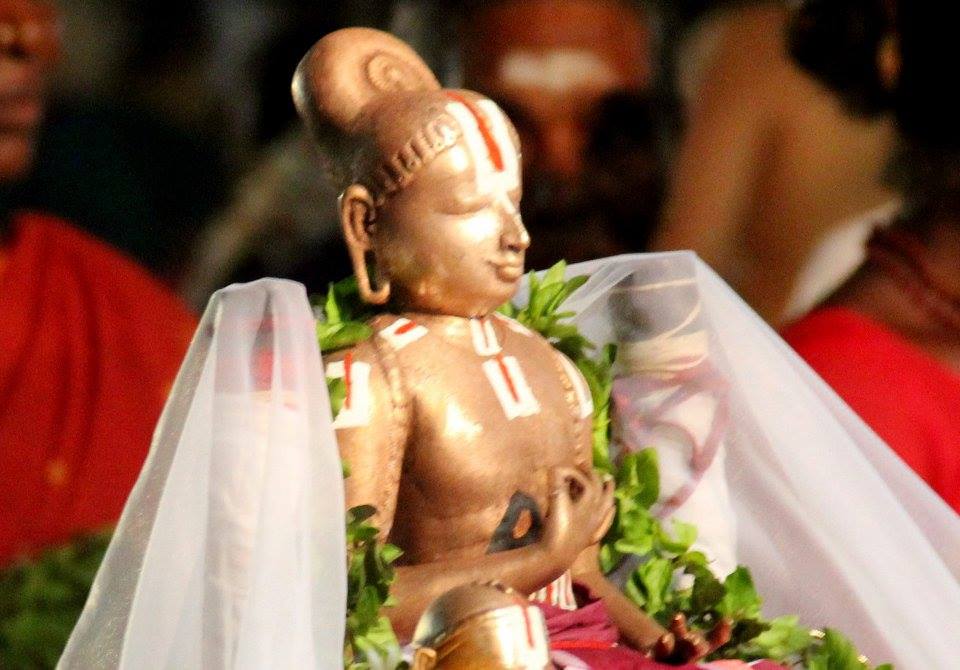 The Azhwar  overjoyed ,  prayed Lord Ranganatha for his  grace  in giving equal status  to the 4000 Divya Prabhandams in terms of authority as Vedas.  He also pleaded audience in listening to the divine pasurams of   Swami NammAzhwar  which was granted . 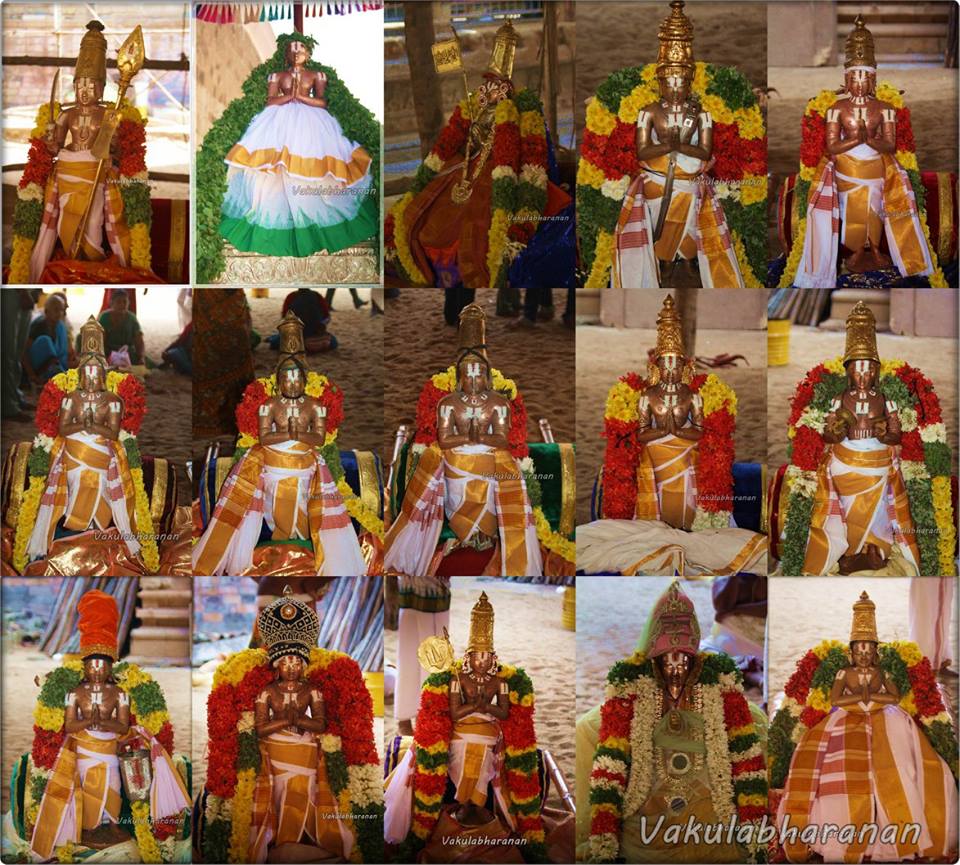 It was almost 350 kms travelling from Azhwar Thirunagari (which is in Tirunelveli) to Srirangam  . 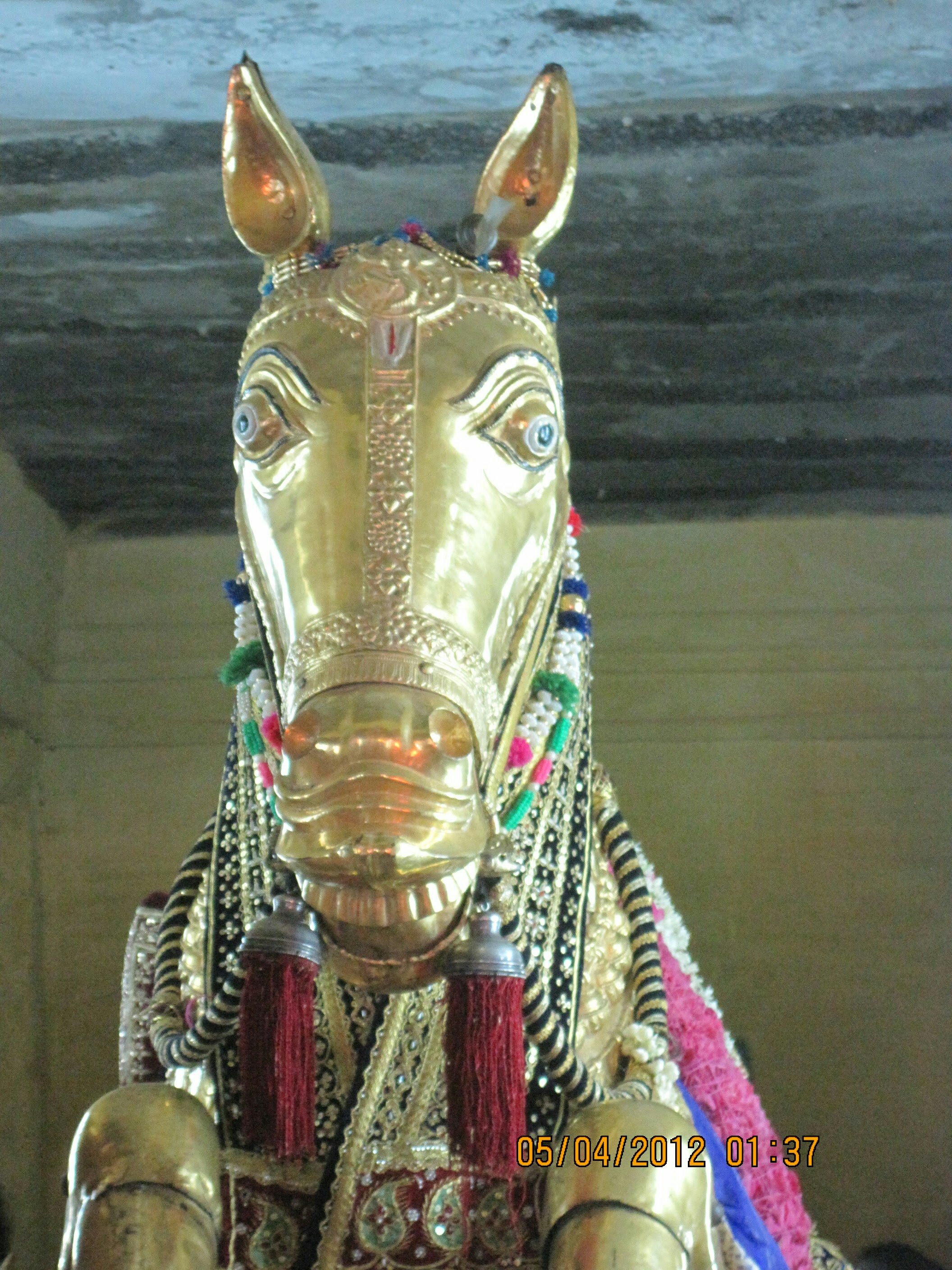 The day  when Thirumangai Azhwar along with Swami Nammazhwar arrived  at Sri Rangam was  Vaikunta Ekadasi. 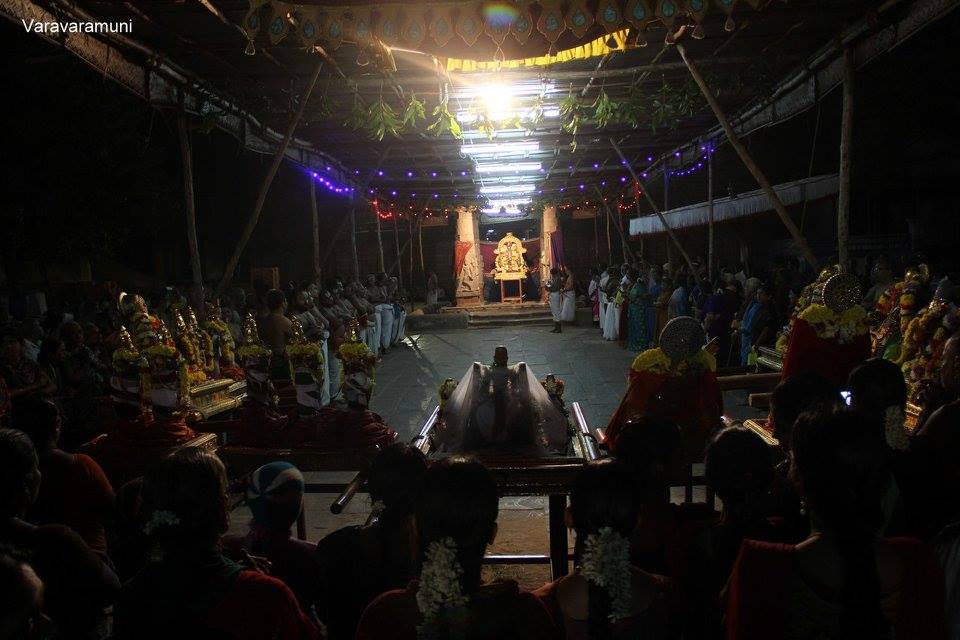 Swamy Nammazhwar was received with due honours   and  was  adorned with Muthangi seva and  Namperumal with Rathnangi.  Thus this divine festival was conducted with pomp and show  singing  Lord’s kalyana gunas . 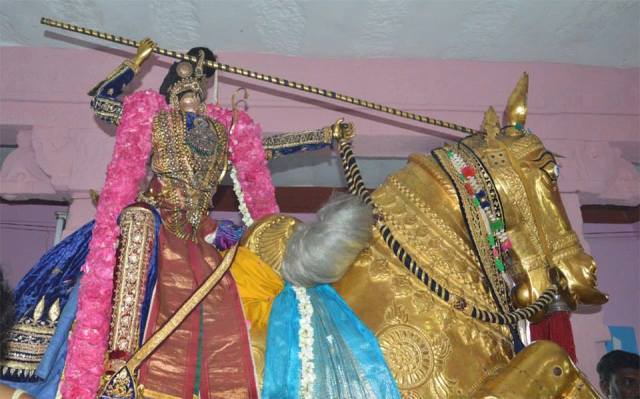 Starting from  Vaikunta Ekadasi  succeeding   next nine days, Azhwar along with the devotees  recite Swami Nammazhwar’s  Thiruvamozhi  in  the royal presence  of  Lord Ranganathar. 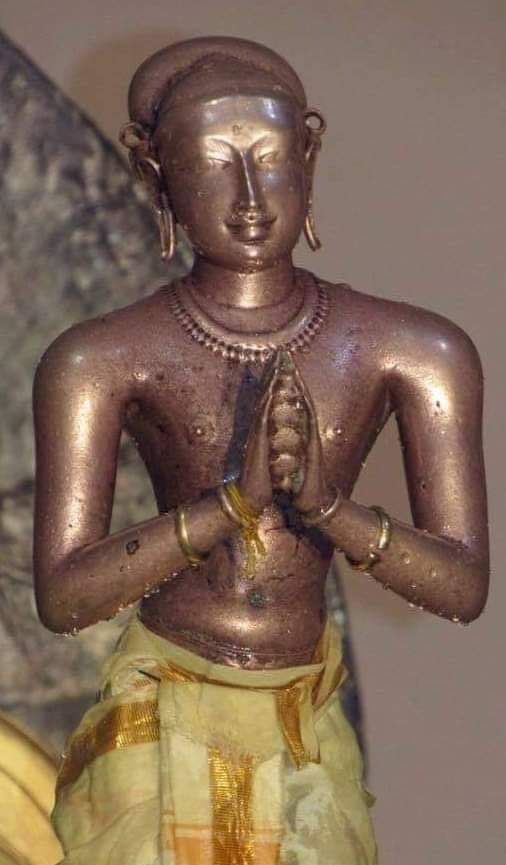 This was followed for several years…

However after Thirumangai Azhwar disappearance , the practice was slowly  overlooked  .

It was  JagathAcharyar Swami Ramanujar, who started the practice  once again.  And as the practice of welcoming  Swami Nammazhwar’s Thirumeni from Azhwar Thirunagari was cumbersome ,

Swamy Nammazhwar Thirumeni  ( deity ) was installed  with all the purificatory rites  at Srirangam . 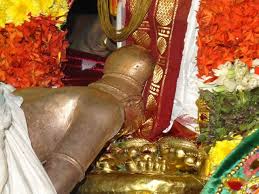 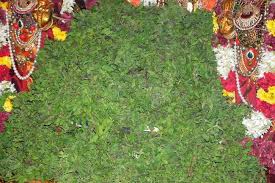 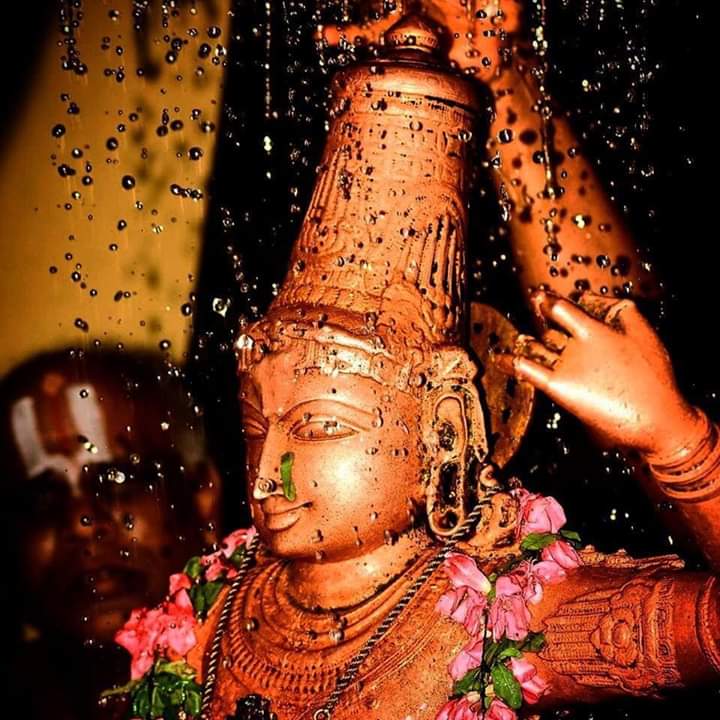 These ten days, the divya sukthees  of other Azhwars  are  recited. 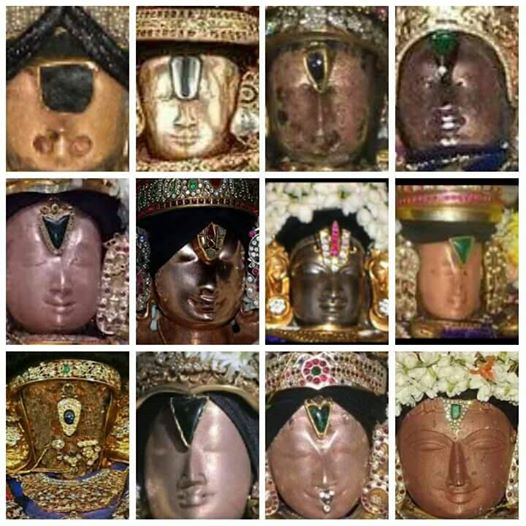 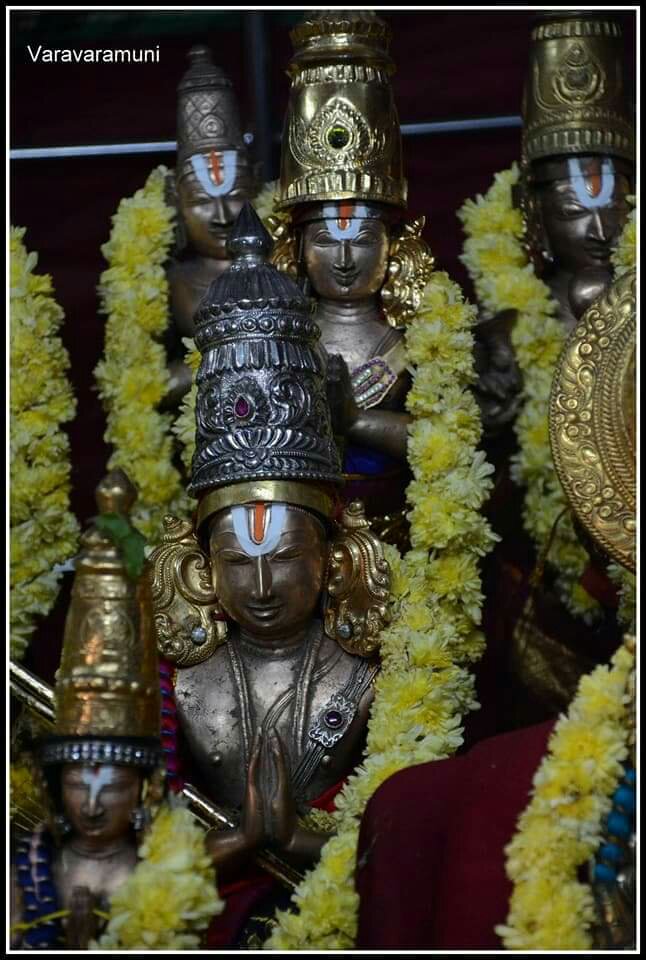 It is also said that  Swamy Parasara Bhattar in the process of  bringing  the great Vedanti Madhavacharyar  in  srivaishnava fold won a debate and  thus convinced him  joining  our sampradaya by   the  esoteric truths contained in the thirty verses of Azhvar’s “thirunedundhaaNdhakam”. 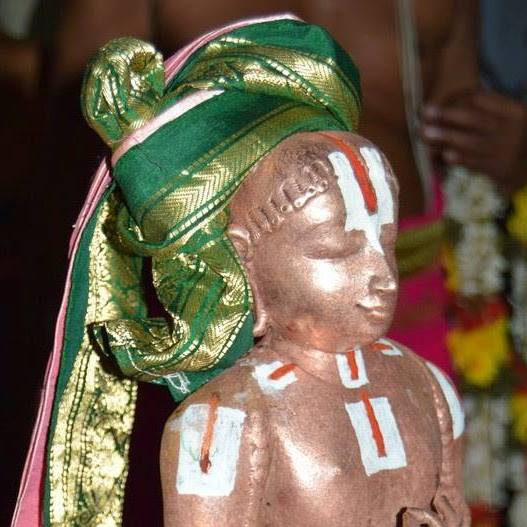 Upon Bhattar’ triumphant return to Srirangam, Lord Ranganatha asked Bhattar how he was able to defeat the great  scholar .

Bhattar explained that it was through the Thirunedundhaandakam.

It happened to be one day before the pagal patthu arambham,  and hence  in Srirangam, there is a special recitation of the Thirunedundhaandakam before the regular Adhyayana utsavam begins, because of Bhattar’s great service in  bringing  “Nanjeeyar” to our sampradaya . 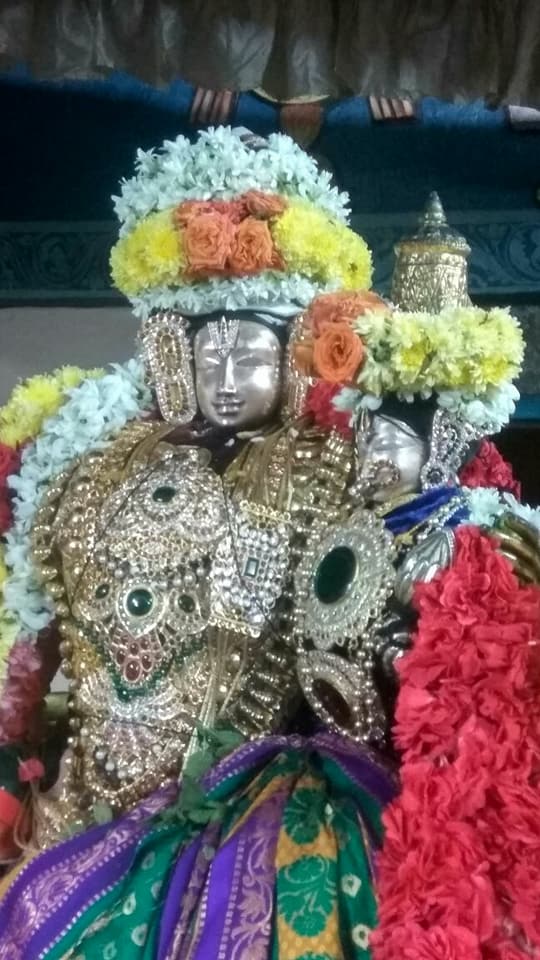 The great festival started as ten days festival by Azhwar and was later  celebrated  as Twenty one day festival  (+one day for ThiruNedunthandagam) by  Swami Ramanuja.

Unlike other Divyadesams Thiru Adhyayana Utsavam is celebrated for  23 days in Tirumala. This is  usually held from the night of AmAvAsya preceding Vaikunta Ekadasi in Dhanurmasa.

In the absence of  Swamy Nammalwar’s deity  at Tirumala, the vigraha of Nammalwar’s Acharya Sri Senapathi Alwar  along with Swamy Ramanuja conduct this festival .

Lord  Venkateshwara  exclusively listens to Ramanuja Nootrandhadhi on the last day as a mark of respect to the great acharyar who offered Thiru sankhu chakram to the Lord of the Universe and thus re-established  sri vaishnavism.

The Lord thus fulfilled Anantazhwan’s, (the dearest disciple of Swamy Ramanuja) desire to have sannidhi for Ramanujar and honour our JagathAcharyar . 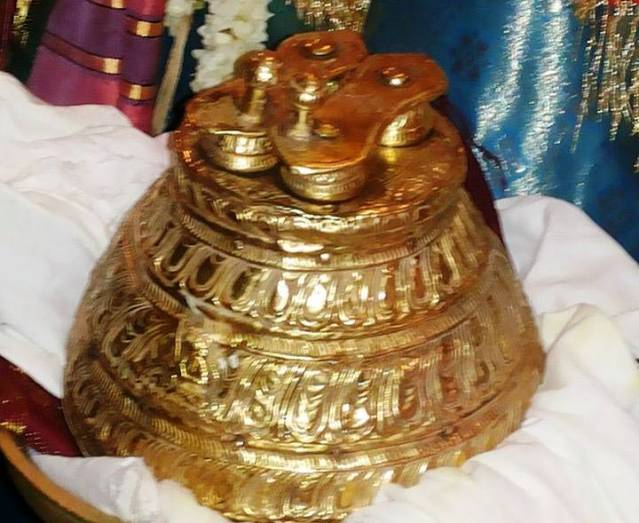 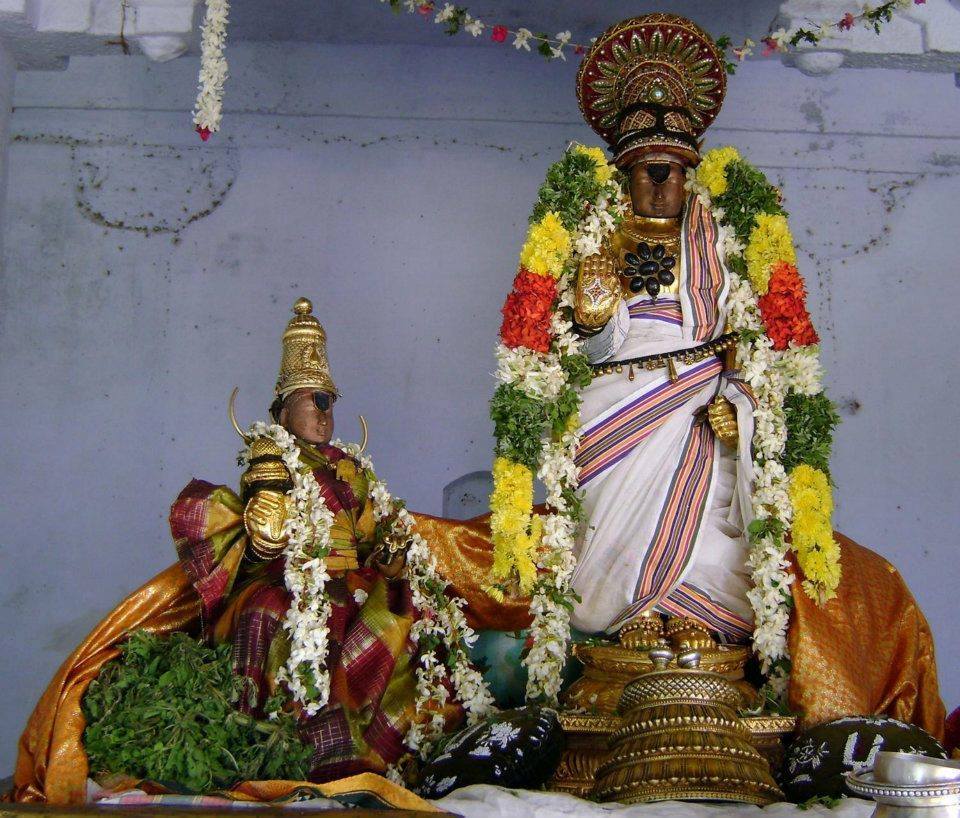 Also another reason cited by elders is that during  Swami Nammazhwar  journey from Azhwar Thirunagari to Sri Rangam most of the devotees were in the process of welcoming  Nammazhwar and the troupe carrying the Lordships and the euphoria was focussed at one place .

The devotees of  Azhwar Thirunagari  waited for Swamy Nammazhwar to  return from Srirangam before they resumed the chanting of  the divya prabhandam  which happened to take some time and when they arrived it was almost  one month Thai Hasta Nakshatra  the appearance day of the most advanced srivaishnava Acharya Sri Koorathazhwan.

This is observed   in houses of  all Sri vaishnavas . 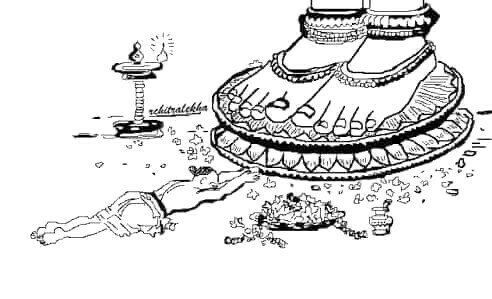