After the great Mahabharata war, as per destiny , Bhismacharya was lying on the bed of arrows . He was letting the world know that he was waiting for the auspicious time [punya kala] for the sun orienting its direction northwards [Uttarayan] for leaving his mortal body.

Deep inside his heart he was praying Lord Krishna to bless him with his darshan during his last moments of his life .
by 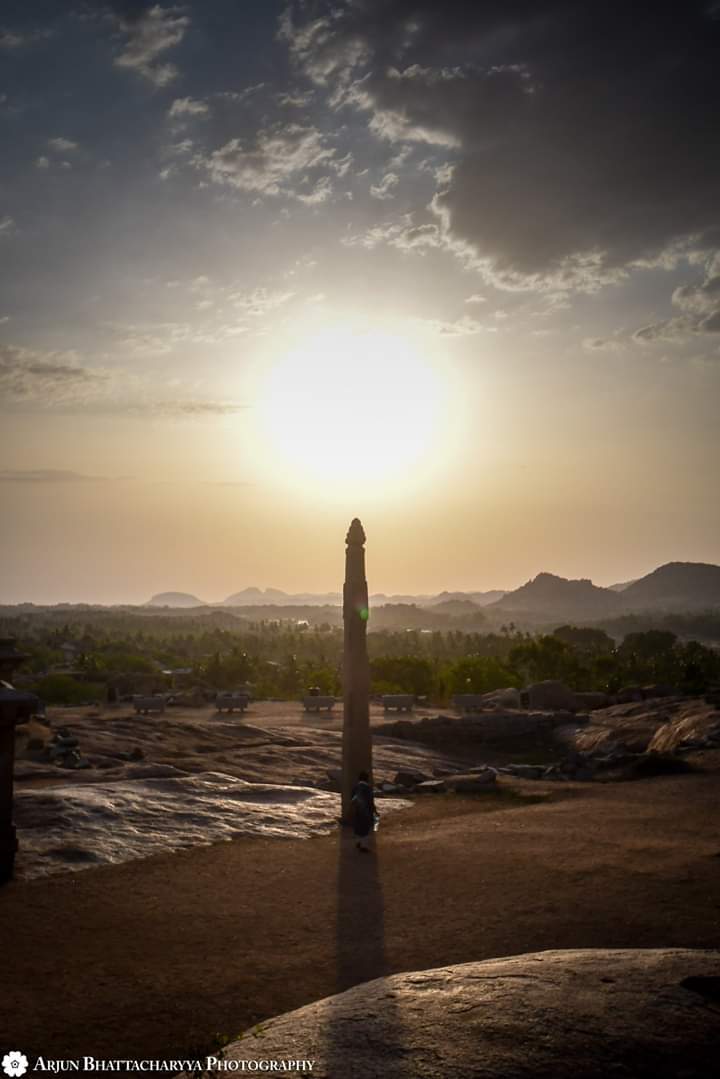 Bhismacharya was patiently bearing the pain and being a nice devotee had the firmness not to ask the lord for relief and instead waited for the Lord to grace him .The lord also acted in the same way as his devotee. Since Bhismacharya did not directly call upon Lord , the Lord also decided that he will not use that as a direct reason for giving him his darshan.

It is also revealed , before the onset of the war, Arjuna was perplexed and hence Lord Sri Krishna gave the Holy epic Srimad Bhagavat Gita to clarify all the doubts of Arjuna and indirectly to the humankind.

Meanwhile after the war , the whole of Dwaraka was eagerly waiting for the Lord’s arrival Lord Krishna was getting ready to depart to Dwaraka 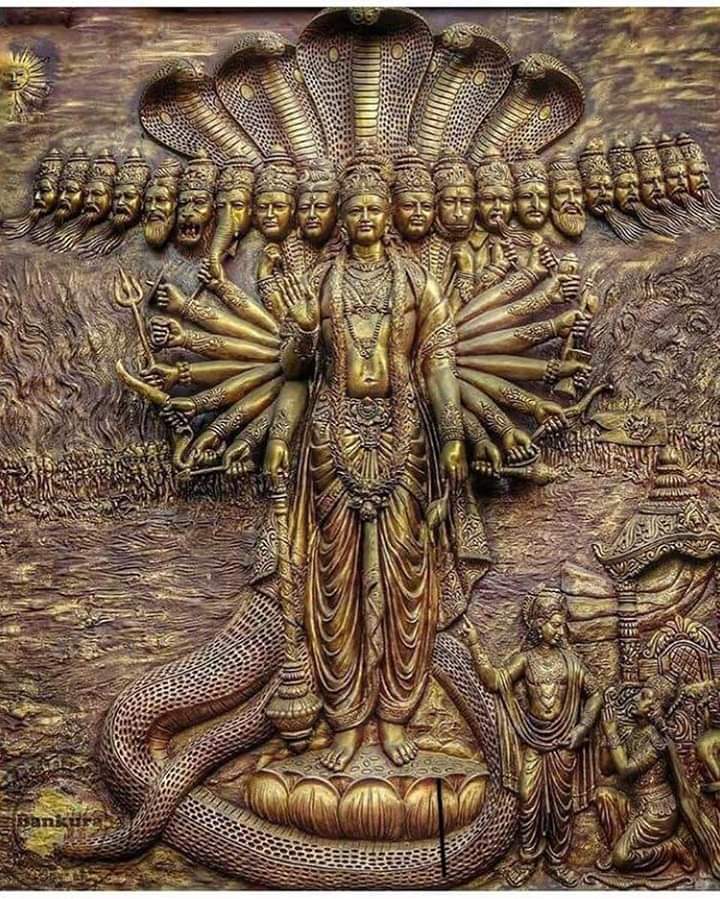 Yudishtira somehow wanted to delay the lord’s departure for some reason. He submits to Lord humbly and pleads , Oh Lord Krishna! I cannot sit on the throne which is stained by the blood of all my relatives and all my grandsir’s.

I am not sure about the righteous path and am confused over the path of dharma.” Please help me ..

Lord thought that probably he had to bestow Yudhistira with another sermon of Bhagavat Gita but decided not to do so.

He thought of a better option. He told Yudistira that the best person to seek knowledge on dharma was none other than Bhismacharya . The lord said “When Arjuna was confused; I thought that my discourse would make his mind light and devoid of any doubts. But I later realized that he was all the more confused and worried.”

He advised , Yudishtira that he was going to lead him to a satsang which was a divine communion with a great devotee Bhismacharya. So the entire retinue now proceeded towards Bhismacharya in the war field .Bhishma was lying on a bed of arrows with no food, water and was sustaining his life only by uttering the Lords holy names silently and living with sheer divine grace.

The moment Bhisma looks at Lord Krishna along with Yudhistira, his face brightens up with a smile. He is overjoyed with Lord Krishna darshan. Lord walks near him and with a bewitching smile requests Bhisma to clarify Yudhishtira’s doubt’s . Lord thus created a situation and used this as a pretext to grace Bhisma.

(He wanted to show the greatness of Bhisma).

Lord looks at Yudishtira and says , Yudhishtra !!! when people are about to depart this world, they would disclose the supreme of all secrets which they have been guarding all their lives. This is akin to the father giving all his wealth to his son only during his last moments. The lord advises him to clarify all his questions related to the highest dharma from Bhisma who was considered the man for his strength, honesty , values and benevolence .

All the Pandavas and Draupathi arrive at the Kurukshetra battle field where Bhisma was lying on the bed of arrows. Bhisma looks at the them and becomes very emotional..

Bhisma recollects all the misfortune that happened one by one

He concludes with tears even for wise people some things are apprehensive ..“Sarvam kala krutham manyae” It is all the play of time [kala] and none other than Lord Krishna can comprehend this.

Time is no different from Krishna as the lord appears as time outside. Yudishtira moves close to Bhishma to voice his concerns on dharma and requests to expound on Dharma.

Dharma can be classified as follows

Raja dharma – The dharma for politics

Moksha dharma – The dharma for different stages of one’s life as a student, as a house-holder

Ashrama dharma – The dharma for a renunciant

Bhisma elucidates on the prayachitha dharma [pavana dharma ) set of guidelines that one needs to follow if one commits a mistake.

After patiently listening to the discourse on dharma , Yudishtira pleads Bhisma to expound on the supreme of all dharmas.

Bhishma smiles and says My child !!! Can any one compare between dharmas. Every dharma is unique in its own way.

However ..listen the supreme of all dharmas is verily chanting the divine names of Lord Vishnu.

It is superior to any other dharma. It is indeed greatest of all dharma, jnana and bhakti yogas. The chanting of divine names of the lord exists independently of other dharmas.

Bhishma blessed us all by revealing Sri Vishnu Sahasranama which has the powers to cure any disease in samsara and liberate us from this prison of samsara and ensure we are united with Lord Sriman Narayana.

All the great commentators of Bhagavad Gita and Vishnu Sahasarnama gracefully point out the fact that chanting the divine names of the lord is indeed the greatest of all dharmas in the age of Kali.

The same mind also thinks that a simple path cannot be a great path. The great Azhwars , Acharyas and advanced devotees from all the vaishnava schools justifiy why the path of nama sankirtan is indeed supreme. There are six reasons to substantiate the greatness of this path.

Firstly there is no violence involved. It is easy to perform, for it has no expectations on six fronts – himsa [violence], purushantara [irrespective of caste/creed], desha [place], kala [time], dravyantara [no material cost], niyama [no rules]. There are absolutely no rules.

Namasankirtan will unite everybody. It will unite countries, people, cultures and races. People will unite and come together irrespective of their religion, tradition and philosophies they follow and everyone will be united by the bond of love which will be further strengthened by the chanting of the divine names of the lord.

The battle of Kurukshertra took only twenty years before the start of the Kali Yuga which is about 5200 years ago.

So Bhismacharya gave a fitting dharma which logically, philosophically fulfills the principles of Bhagavad Gita. Srimad Bhagavatam fulfills Bhagavad Gita and it explains Gita with lot of relish by quoting examples and anecdotes.

At the end of Mahabharatha war, Yudhistira was bestowed with the thousand names of the lord, the Vishnu Sahasarnama.

Sree Vishnu sahasranama Sthothra, is a garland of the thousand divine names of Lord Vishnu, strung into a beautiful sthothra by the legendary Rishi “Veda Vyasa” , acknowledged as one of the greatest exponents of the Vedic wisdom. The first 13 stanzas are the dialog between Yudhisthira and Bhishmacharya . The next three stanzas are the customary Dhyana verses…. It is said that in Veda Vyasa’s 149th chapter Anushasanika Parvam of the Great Epic Mahabharatha, the Vishnu Sahasranama Stotra, the 1000 names of the Lord Vishnu are written..

The person who requested for it is the Dharma Putra and the person who gave it is Dharma Swaroopa, the very embodiment of dharma, Bhismacharya.

The witness to this wonderful episode was none other than the end of all dharma, Lord Sri Krishna.

It was in such a beautiful way that the chanting of the divine names of the lord was introduced to the world in such an auspicious setting and amidst a holy group. After hearing this, Yudhistira was completely satiated and relieved.

It is saids by Elders , that One who learns these  holy names by mind, heart and soul meets with nothing undesirable. He is free from the conditioning of the worlds, mundane and spiritual.

One who wants wisdom, will know all the philosophy. The ruler meets with success, and the businessman finds the culmination and significance of his wealth. The labourer attains happiness. The seeker of Law realises what is Law. He who is desirous of wealth will attain the real wealth.

He who wants accomplishment will be accomplished. One who wants a child realises what a child is. One who chants these thousand names without any desire, becomes prominent in society and is known as inevitable. His Wealth lies in stability and his prosperity lies in his virtue. Ability and brilliance keep him fearless. His divine aura keeps him in strength, beauty and virtue and protects him from any indisposition.

The unhealthy one finds himself healthy, the imprisoned realises freedom. The frightened one is freed from fear and the one who is in peril, will be out of peril.

Everyone stands above and beyond his own hurdles by chanting the prayer of the Supreme Person.

One lives beyond these fears, by chanting the thousand names of the Lord with devotion.

This is because a devotee of the Lord bears no malice, no anger, no hatred and no coveted expectation of anything. Remember that the vault of heavens decorated with the sun, moon and the sparkling myriads is kept in poise by the Lord of all Lords, who lives in everyone of them.

Since He pervades all, you remember that the whole creation which includes the gods and demons and the beings astral, etheric, etherial and meteorological, exists in obedience to Him.

Look here, your own mind, senses, will, discrimination, ability, brilliance, valour, courage, your own abode and the dweller of the above are all pervaded by the living Lord.  Synthesis, wisdom, understanding, learning, formulating and executing of the various activities of the creation are included in the one wisdom which comes out as the breath of the Supreme  Lord.

Sage Veda Vyasa very joyfully included the divine name chanting in Mahabharatha.Satsang brings in the aura of peace, ushers into clarity and keeps our intellect intact so that we can enjoy happiness and love of the lord.

SRI VISHNU SAHASRANAMAM recitation in our temple that takes almost 30 hours non stop attended by a large group of devotees . Today  23 rd  Feb 2021 is Bhishma Ekadasee and this is the fifth year and Adiyen seeks readers good wishes and blessings for continuous gathering .