Thirukkannamangai  temple is  one amongst the   srivaishnava divya desam in Kumbakonam. This divine place is located in Tanjore district of Tamil Nadu. Around 8 kms  from Tiruvarur amidst  a huge tank  Darsha Pushkarini this   temple  is located  near  Western banks  .  Azhwar  keeps comparing the Lordships  here to  the sugarcane and also refers to the village as the place where blue lotuses bloom. While those flowers may not be so visible now, the sweetness of the shrine cannot be denied.

About 25 miles from Kumbakonam, the temple is among the Pancha Krishnaraya kshetrams– the others being , T mihirukannapuram, Thirukanankudi, Thirukannamangai and Thiru kapisthalam. This holy  place is also called as “Sapthamirtha Kshetram”.An unique darshanam for the devotees  at this temple is of Mahalakshmi thayar. This sannidhi where Abhishekavalli thayar is in a resident posture . ( Erundha thirukolam ).The sanctum  has an artha mandapam and maha mandapam too. In this artha mandapam, there are beehives in the rectangular windows on the south and north walls.

The gopuram has four levels and the sub-shrines to the Goddess Abhisheka Valli and Andal have wagon-vaulted roofs to the pavilions fronting them.

Peria Thiruvadi ( Garudalvar )  gives darshanam  in standing posture and is considered to be a very powerful giver of boons. He is not clad in the standard red bordered white dhoti but in a multi-coloured silk sari! And on his neck is placed a sweetmeat offering that is unique to Tirukkannamangai. It goes by the name of Amrita Kalasam and resembles a laddu.  Maha Abishekams are performed for Garudalwar  every Sunday. 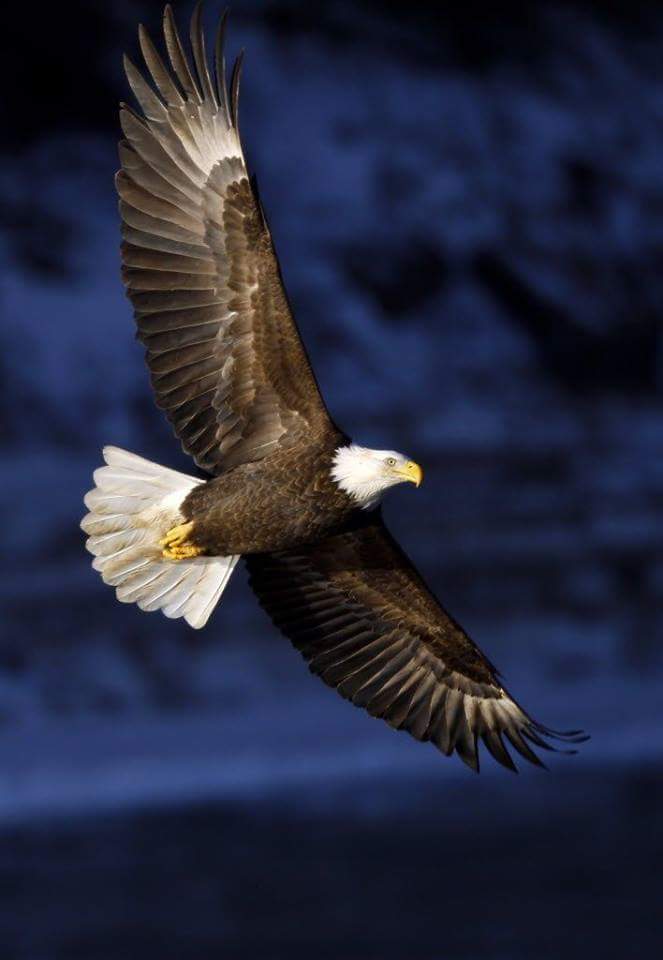 . It is believed that the four Vedas took the form of four pillars and the pavilion goes by the name of Veda Sagara. 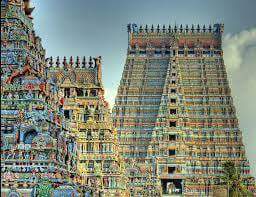 The Goddess is in a shrine to the left of the outer corridor. Abhisheka Valli derives her name from the legend that she was ceremonially bathed with the  holy waters of the tank before her marriage to  Maha Vishnu. A beehive is seen inside the temple  that waxes and wanes with the seasons .

The bees shift home every six months, residing to the left of the Goddess during the Dakshinayanam (July to December) and to her right during Uttarayanam.( January to June).The 33 crore devas took on the form of these divine insects to witness the heavenly wedding of the Lord and  goddess  as per the legend.

The same was sung in one of the hymns of Thirumangai Azhwar”Kalivandaraiyum pozhilsoozh Kannamangaiyal kandhu kondene” It is believed that the bees are the Gods who came to attend the wedding and decided to stay on, being enchanted with  the holy place Tirukkannamangai .

On other side of a bigger mandapam , there are eight pillars .Each pillar features a painting of one each of the asthalakshmis.

The presiding deity of this temple is Bhaktavatsala perumal who gives us darshanam in standing posture and thayar is glorified as Abhisekhavalli thayar .

A very important  divine pastime must be cherished . 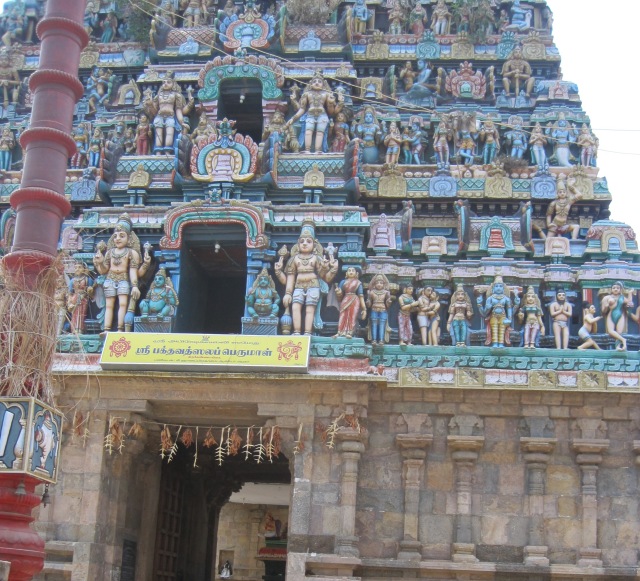 In  this Srivaishnava Divya desam there lived a great devotee by the name Thirukkanna mangai AndAn who was a disciple and nephew  of a great srivaishnava Acharyar  Swamy Nathamunigal and  the foremost disciple to learn Naalayira Divya Prabhandam from his Acharyar . He was performing daily services in the temple unconditionally  without any desires .He used to pluck the grown grass and make the pathway clean for the devotees  such that the devotees are taken care of  .He used to be always ready to do any menial service that was fit for the temple and the devotees who visited the temple

One day, he saw two dogs fighting with each other. The sight of this fight drew the attention of the owners of these dogs . Each lost their cool protecting their dogs stance in barking  . The  quarrel extended to them and out of fury to protect their dog they beat each other to the extent they both got badly injured and one almost lost his life .

Thirukkanna mangai AndAn witnessed this. He thought to himself, “if the owners of the dogs have so much affection and sense of ownership for their loyal dogs that they are ready to give up their lives, then why would not our LORD who owns this dog-     “Thirukkannamangai AndAn,”

if dedicated to Him, not come to his protection?”

Thinking this way, he served the LORD and entered the kOvil and rested on the floor in a small room near the entrance.

Deeply engrossed in his realization to serve the LORD , the very next second, he attained the lotus feet of LORD .

Renouncing the intent of protecting himself, he subjected himself to the mercy and protection of LORD .

The Priests in the temple could see some unusual object gushing inside the temple sanctum  confirming the great devotees love to the LORD . 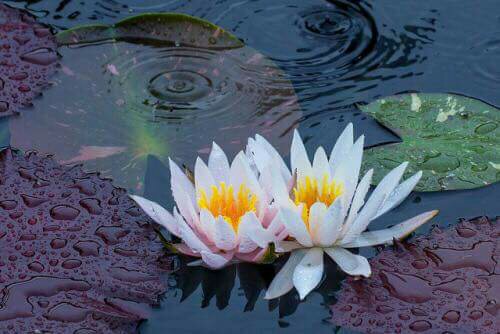 As per legend it is told one who spends a night in the vicinity of the temple attains Moksha .( Also glorified as Dakshina Pushkarani .)

Aani Sravanam is the appearance day of the great devotee Thirukkanna mangai AndAn.. )