Once Kuresa walked into a plantain groove to take plantain leaves for feeding the Prasada to the assembled devotees . He went with his disciple into the garden. The plantain leaves were cut from the tree and water was oozing out from the edges of the plantain tree. Koorathazhvan could not bear this scene .He swooned and fainted . He regained his consciousness only after some time when his disciple attempted . The puzzled disciple asked the reason for such an expression of pain. Kurattazhwan replied My child !! I could not bear to see the crying of the plantain tree while cutting the leaves.

The compassionate hearts of the saints deplore the fate of the men who are turned away from LORD. Such compassion was once expressed in the most tender heart of the greatest srivaishnava saint Sri Koorathazhwan

. He renounced his  entire wealth and took asylum under the lotus feet of Swamy Ramanuja.  Kuresa lived by alms because he had given away all his wealth at Kuram a  village near Kancheepuram  and had come to Srirangam to live with  Swamy Ramanuja. He helped Swamy Ramanuja in writing Sri Bashya.

He accompanied him  to Kashmir, got the manuscript of the Bodhayanavritti, retained it in his fabulous memory. Swamy  Ramanuja dictated his commentary Sri Bashya which was written down by Kuresa. It was Kuresa who along with Mahapurna went to  the tyrant king Krimanta Chola Palace to safeguard Sri Vaishnava darsanam. He blinded himself, unwilling to yield to the fanatic Chola King’s dictates. 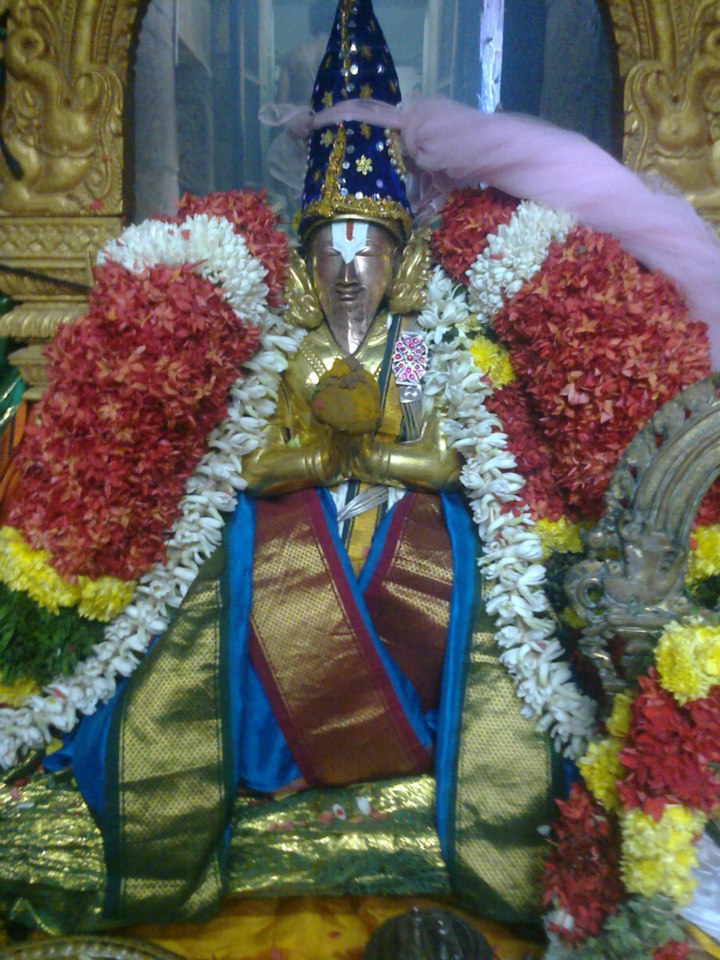