Swamy Parasara bhattar replied .. I shall not trouble you with all that , for when I shall quote one authority , to which we commonly agree . The first sutra of Apastamba Dharma which says Wise practices of our wise elders are our best authority . Only after this comes Vedas .. Adiyens father Kooresa observed the sacrament in question and therefore , Adiyen does it .. Hope you to follow your Elders footsteps without doubt ..

During the days of Swamy Parasarabhattar , a  vedantin  came to have darshan of Lord Ranganatha . He was very learned in sastras . 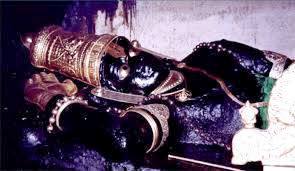 While  having darshan he noticed Swamy Parasara bhattar advising a group of devotees .The Vedantin walked near to Swamy  and asked him to explain how a vaishnava is distinquished from a smarta . Swamy Parasara bhattar did not care to enter into an elaborate controversy with the adversary on this query , delicate in as much as it is a bone of contention between the two divisions the advaitins and visishitadvaitins.

He just smiled and called his attention to the signs of chakra and shankha inscribed in both his arms  a sacrament enjoyed by sastras on all vaishnavas .

The vedantin said ..Oh I see !! but what authorities can you quote from the shastras justifying you to set this type of custom ?  of wearing…