Acharyar Varadaguru   the  great  Acharya had the deepest bhakti to Lord Varadaraja. One night when he was serving  ” LORD”  in an ecstatic mood, the priest brought very hot milk to the Lord as offering .

Acharyar Varadaguru was deeply distressed that such hot milk would burn the tender tongue of the Lord! He stopped the priest from offering the hot milk and began cooling it down until it was warm enough to be offered .

The Lord himself was moved by the Vatsalya bhava of Varadaguru  and called him ‘Amma’ – my mother! From then onwards Varadaguru became Nadadoor Ammal. After this episode, in a dream one night, Lord Varadaraja commanded Ammal to erect a Mantapam for His Vasantotsavam. Accordingly Ammal fulfilled the Lord’s desire, just as a mother would fulfill the wishes of her son in spite of difficulties. 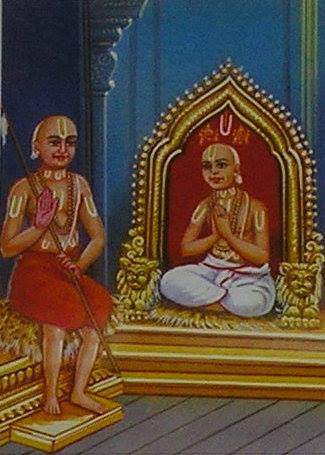 Another glorious pastime remains to be cherished .

Once Ammal and his disciples undertook a pilgrimage to Tirumalai hills. The  graceful personality and humility  of Acharyar attracted the people there.. A Chieftain Kandavaran was the leader of that Lada  race . He was annoyed and irritated to see the crowd falling the the feet of Acharyar.

He decided to disturb them. With his mantric power he made the disciples unconscious. Ammal meditated and chanted the Sudarsana maha mantra 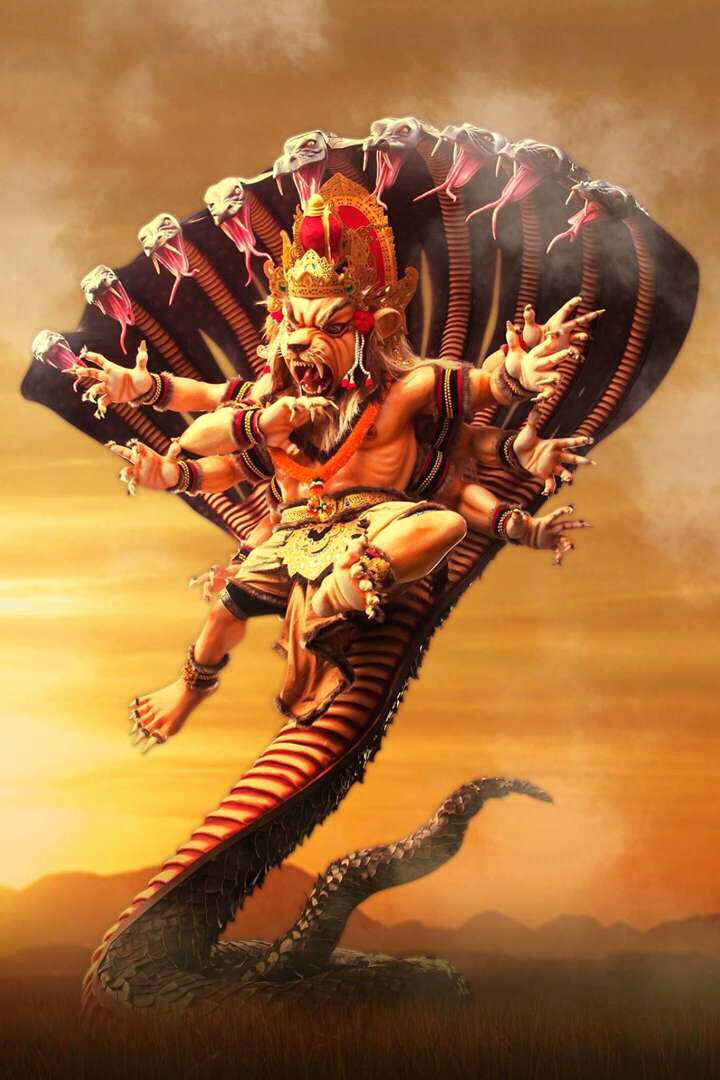 and his own composition ‘Hetipungavastotram’ and broke the spell.

The angry Kandavaran called Ammal for a debate and when defeated surrendered to the Acharya himself. The benevolent guru not only excused him but also made him a Srivaishnava by offering him Panchasamskaras.

With the money offered by Kandavaran, Ammal established a beautiful village and named it ‘Ladagraharam’ and continued his journey.

On the way, the Lord himself came as a young brahmachari and appeased the hunger of the pilgrims with curd and rice. At the same time, there was a big commotion in the temple as the silver vessel with the naivedyam had suddenly disappeared.

Lord Venkateswara Himself announced to the temple authorities that He Himself fed his dear Ammal and his disciples and that they should receive Ammal with all temple honours who will be arriving shortly .

Swami Engalazhwan was  Acharya of Nadathur Ammal ,  who was the direct disciple  of Thirukkurukaippiran Pillan .