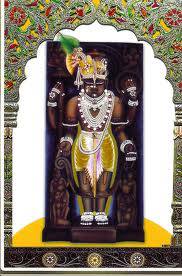 Nathdwara is a small town in Mavli-Udiapur route. Situated in the heart of the town, SHRINATHJI temple is the main attraction with hundreds of devotees thronging to the temple daily. This is the second richest temple in India, first being Tirumala temple Nath Dwaraka and Kankroli Dwarka are two of the Nava Dwarkas – situated near ,Udaipur , Rajasthan – These two holy dhams are situated near Udaipur (one hour drive)- Here in this temple vendors sell vegetables,fruits, milk etc to be offered to the Lord at the entrance. The presiding diety is Goverdhanagiri dhaari popularly known as “SHRINATHJI” Nathdwara- temple is known as “Haveli”, a palatial building. Lord Krishna as Goverdhan dhaari is the child is well protected inside and one has to cross many halls to have HIS darshanam The darshan also would be for a very short period – about 10 to 15 minutes in time intervals of 2-3 hours. Its the devotees fortune to have darshans . Different types of bhog would be offered to the Lord when the curtains are drawn. In this Nathdwara- Temple there are separate entrances for gents and ladies. Hundreds of devotees assemble in front of the sanctum when the curtains are drawn. The devotees sing melodiously while the priest offers shodasa upachaaram(16 types of upachaarams) to the Lord. For them, the Lord is their child. Here Lord gives darshan in bluish form with HIS left hand raised upwards with little finger pointing upwards, HIS right hand closed in a fist rests on HIS hip. HIS lotus eyes glance downward affectionately at HIS devotees. Lord Shrinathji is very special and beautiful diety. There is a diamond on the chin of the Lord. This idol is swayambhu (self manifested and not carved by anyone). As the Lord is the combined form of Radharani and Gopala, HE is known as “SHRI SHRINATHJI”.( “SHRI” indicates Thayar ). The Lord is also known as “Banke Bihari”. This deity was earlier in Vrindavan near Goverdhana giri and is related to one of Lord Sri Krishna’s pastimes in Vrindavan lifting Goverdhana hill.To mark this incident, Vajranabha great grandson constructed a temple at the foot of the hill and affered prayers . Due to passage of time, this deity disappeared and the whereabouts remained unknown for many years. After many years, appeared as Gopala in Madhavendra Puri’s dream, informed him about HIS whereabouts and a temple was constructed . When Aurangzeb invaded Mathura and Vrindavan, the deity disappeared into the hill and could not be traced out. Even today, in Mathura, Vrindavan, we can find many old temples in ruins and the sculptures disfigured by Aurangzeb. After many years, appeared to Sri Vallabhacharyar in his dream and informed HIS whereabouts. When Sri Vallabacharyar reached Goverdhanagiri, the deity emerged out by itself and was glorified by Vallabhacharyar. Perumal advised Vallabhacharyar, who was a very great devotee to carry Him to Mewar in Rajasthan. Vallabacharyar arranged a cart for Perumal and left for Mewar. Rana Raja Singh of Mewar helped Vallabhacharyar . After 2 months, the cart reached the present Nathdwara enroute to Mewar in the 17thcentury. But on the way to Mewar, the cart stopped suddenly at this place and did not move an inch. Vallabacharyar heard a divine voice say that Perumal wished to stay in this place itself as it was the place where HIS dear devotee, Meera bhai stayed.

( The story of Meera bhai is well known to all of us.)The Vallabhacharyar with the help of Mewar king constructed a beautiful temple for the Lord here . 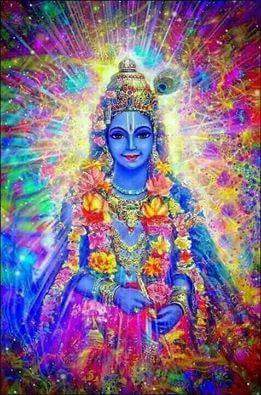 6 sevas are performed daily.There is a big photograph of Perumal “SHRI SHRINATHJI” hung on a wall and pointed out to the nose ring worn by Perumal and a diamond stone studded on Perumal’s chin. It was for taking this diamond that Aurangzeb invaded Mathura but his attempts became futile because Lord disappeared from that place. In the garbagriham, Perumal gives darshan as Krishna-Radharani together and hence is known as “SHRI SHRINATHJI. The cart which carried the Lord is preserved in a separate room. Even today, this event is celebrated every year. A new cart is made and is rested on the cart. In the adjacent room, there are 2 mortars- one made of gold and the other made of silver. Once in eight days, chandan(sandal paste ) for LORD is made using these mortars.