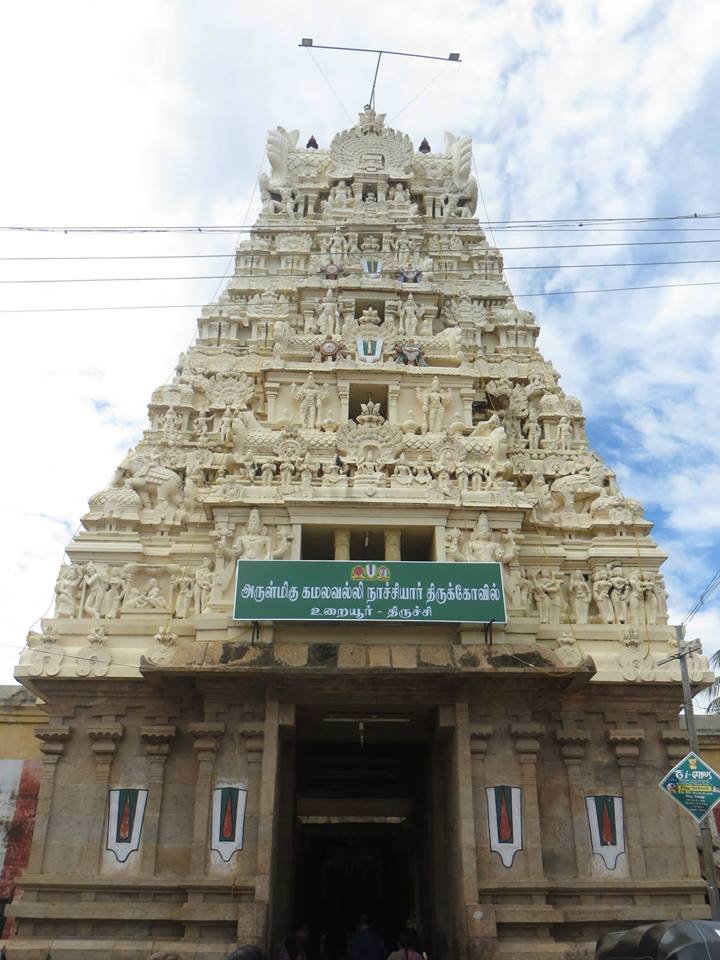 Azhwar was a ardent devotee of Lord Ranganatha and  used to sing songs in praise of the Lord with the accompaniment of his veenai .

Azhwar  used to walk from Uraiyur to Srirangam which was almost 20 miles , but did not attempt to go  inside the temple due to the practices followed by the temple those days .

He used to stand at the southern bank of river Kaveri facing the temple and used to glorify the Supreme Lord  singing on his veenai . This was going on for a long time.

One day early in the morning hours , he was singing song in praise of the Lord with deep devotion and was in a absolute trance.

LokaSarangar, the chief priest of Lord Ranganatha’s temple came to river Kaveri  as a routine , to  collect kaveri  water for ( abhishekam ) thirumanjanam to the Lordships . As he found ThirupaNazwar who was in a trance , obstructing his path, he told him to leave the place .

ThirupaNazwar who was in a different mood ,  did not hear anything as he was totally immersed in Lord Ranganatha’s glory and  oblivious to his surroundings.

Lokasarangar got very angry . He picked up a stone and threw it at ThirupaNan  to disurb him from the mood. 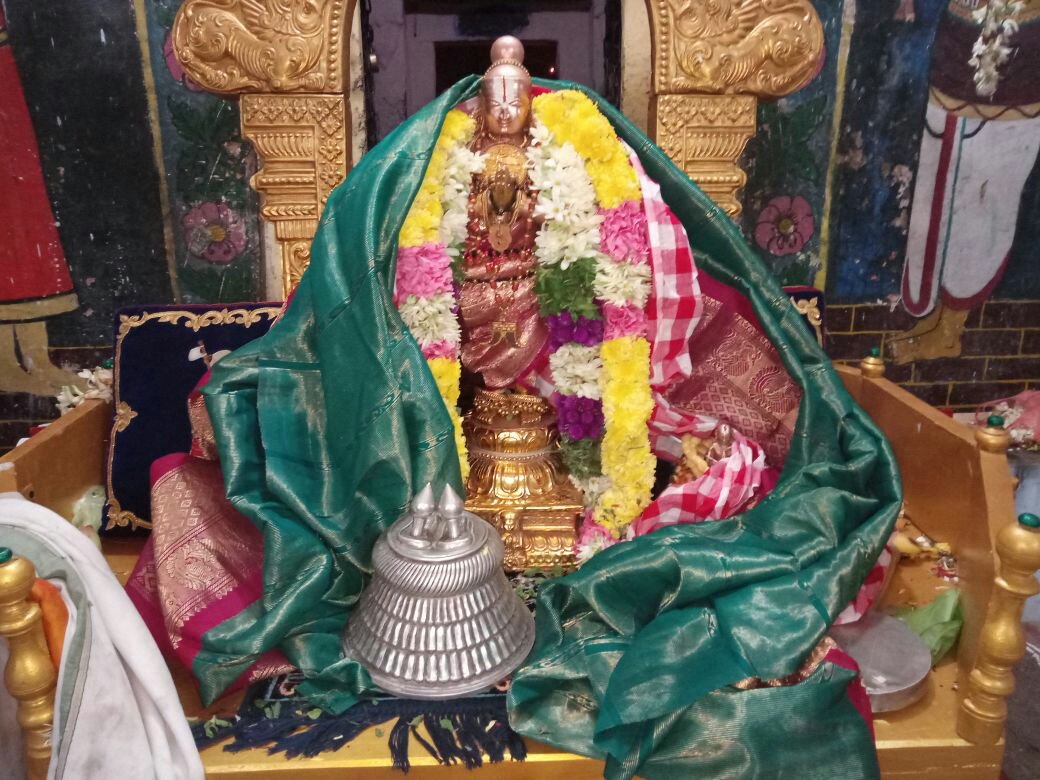 It struck ThirupaNa’s forehead and  thus he suddenly came out of his trance.

A true devotee , he pleaded with  the Priest Lokasarangar to forgive him for his mistake and left the place hurriedly .

Lokasarangar reached the temple with the kaveri water . He was  panicked to find Lord was unhappy with his arrogance  and  was  worried. 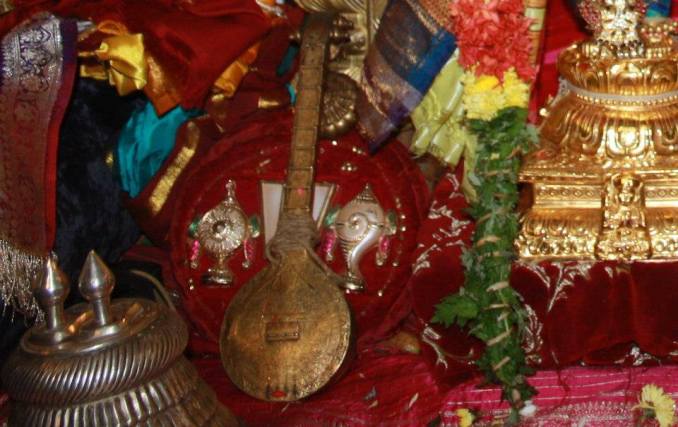 That night Lord Ranganatha appeared in his dream and told him that by hurting His true devotee he had committed a grave mistake. He ordered him to bring ThirupaN to the temple, carrying him on his shoulders. 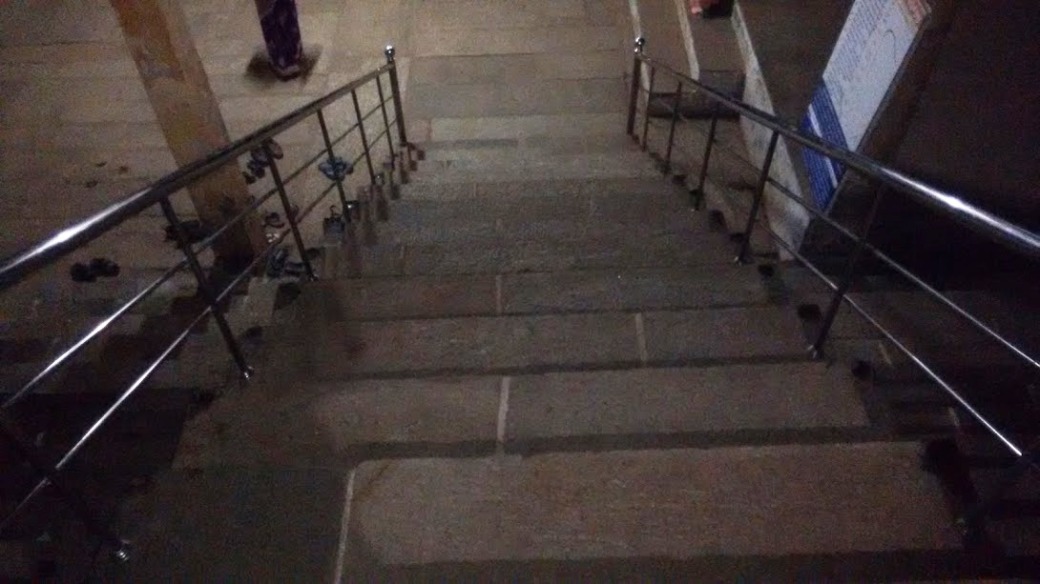 Next morning Lokasarangar went in search of he great devotee  ThirupaN with  other devotees .

He located the devotee  at the bank of Kaveri singing in deep devotion .  Running  towards him , he fell at his feet and pleaded him to forgive him for the act .

He requested Azhwar,  that the Lord had ordered him to bring him to the temple. 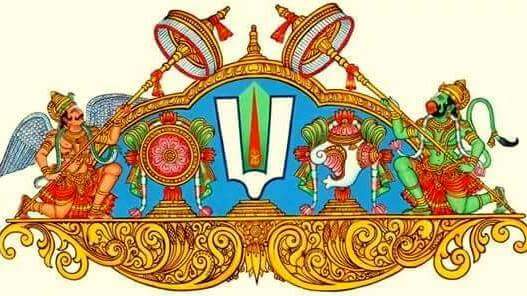 “Swami, I come from a low caste and I am not allowed even to set foot in Srirangam.

How can I go into the temple and have  Lord’s darshan?”

…. Please allow me to  carry you on my shoulders as per the Lord’s order.”

As ThirupaN was still hesitating, Lokasarangar had to convince him to accede to his request as it  was from Supreme Lord …… 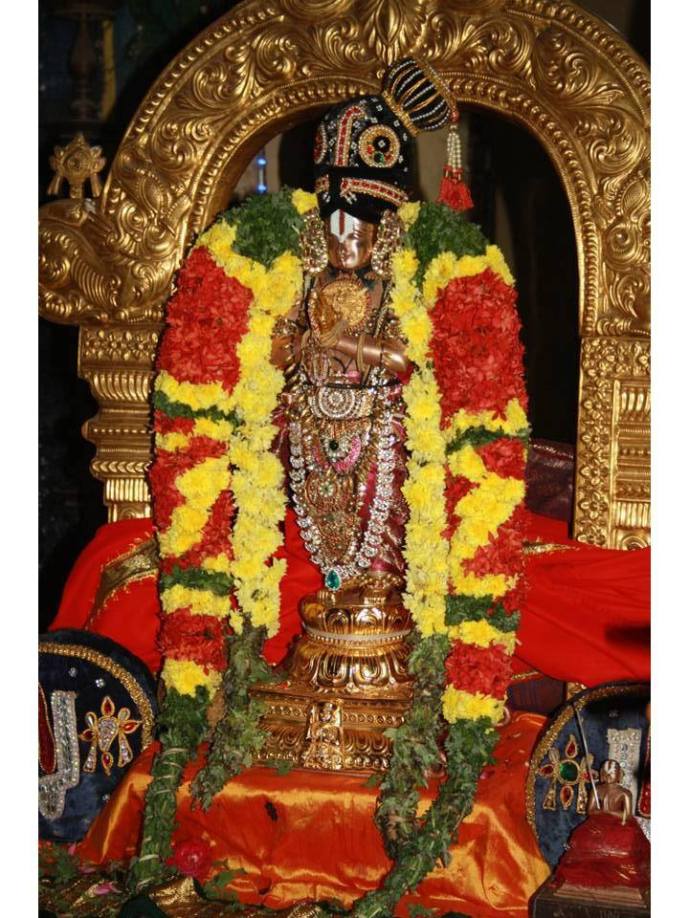 When Lokasarangar carried Thirupan on his shoulders surrounded by  vedic pundits , the people of Srirangam watched with astonishment.

It was a celebration …

The devotee was being carried by the Chief Priest .

The group  reached the temple and Lokasarangar took him to the sanctum .

ThirupaN was in total bliss to  get darshan of  the Lord’s Sayana Thirukolam.

This outpouring during his very first darshanam of LORD  glorified as “Amalan Aathipiraan.” which is among the 4000 Divya prabhanda pasurams . 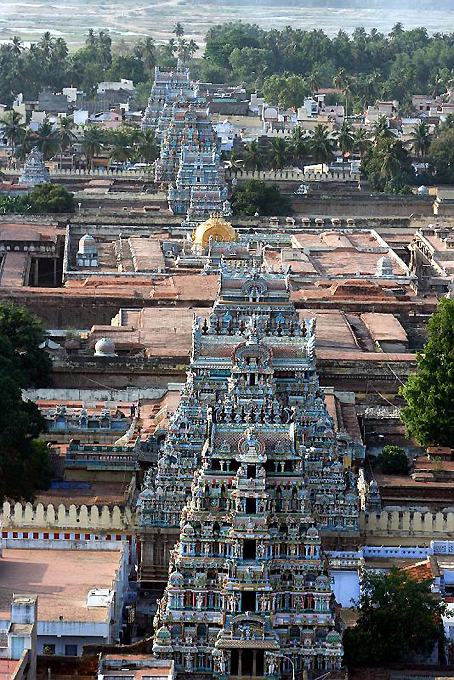 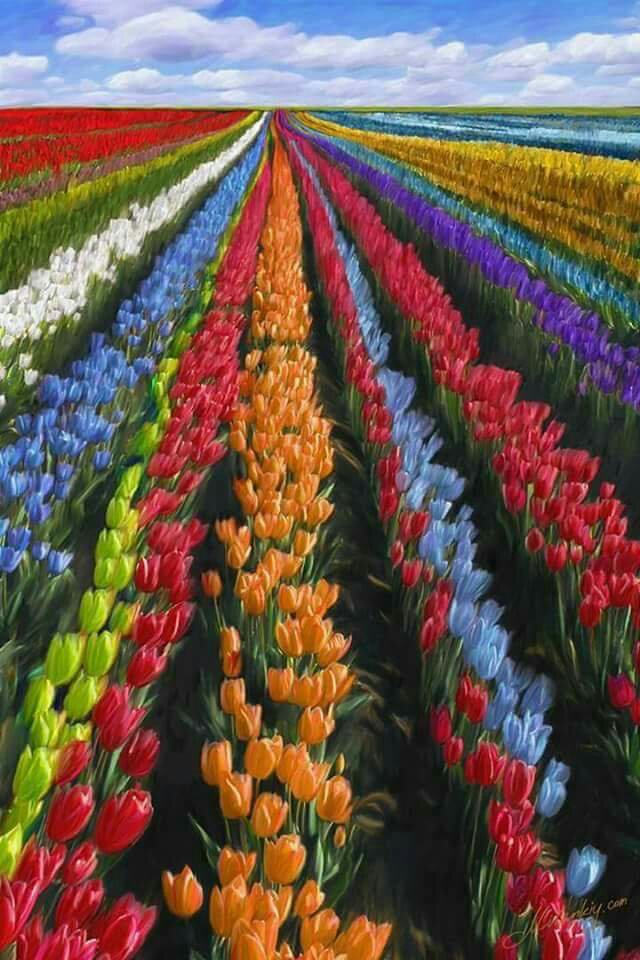 As ThirupaNazwar finished singing he merged with Lord Ranganatha while the onlookers were looking dumb-founded. Thus he was also blessed like Andal to merge with the Lord.

Having  seen the One whose color dark like   rain clouds
and  the one with the mouth that swallowed the butter of cowherds,
He is the Lord of the devas,
He is Lord Ranganatha,
He is my nectar, my life !
My eyes  that have seen my Supreme  Lord and will not see anything else!

In Amalanaathipiraan   ThirupaN Azwar describes Lord’s beauty from His Kamala Thiruptham to His thirumudi part by part and also sangu, chakram .

The Lord  once again reconfirms that  caste, colour or creed is no bar for a true devotee to  reach his lotus feet . Lord’s grace and benevolence is showered on his true bhakthas without any discrimination.

Azhwars Appearance day is celebrated  on November 30 , 2020   in all Sri vaishnava temples in grand scale.

One thought on “My eyes that have seen the ” Supreme Lord ” will not see anything else!”