Let us glorify our LORD  before we enter AHOBILAM  …

Ugram – the ferocious one

Viram – The most courageous

Jvalantam – the effulgence of fire

Sarvato Mukham – Having his face everywhere (manifested throughout the universe)

Namamy Aham – I bow down and revere 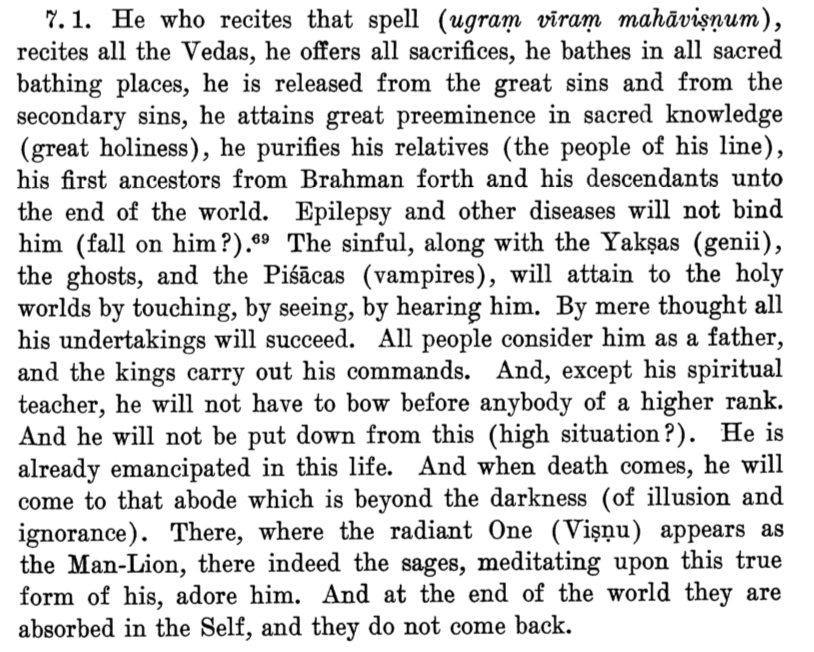 TRAVEL DIARY IS IN THE BELOW MENTIONED BLOG :

The  holy place is situated 25 Km from Arlagadda in Kurnool district can also be approached via Cuddapah district, Andhra Pradesh ,India. 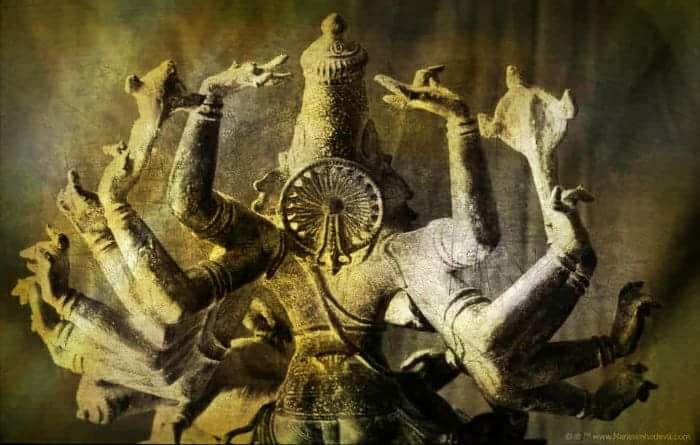 The most sacred shrine of Lord Narasimhar  at Ahobilam is located in Kurnool district of Andhra Pradesh in the hills of the eastern ghat.

The temple consists of nine shrines to Lord Narisimha located around a 5 KM circle.

The shtala Purana states that  PakshiRajar Garuda prayed  for a vision of Lord Narisimha .  Garuda commended his penance near to Srisaila Kshetra .

Out of this Prahalada varada Narasimhar is in Lower Ahobilam, Ugra Narasimhar, who is a swayambhu and is treated as the divya desa Perumal is seen in Upper Ahobilam. The other shrines are scattered all over the hills.

Apart from the nava Narasimha shrines, “Prahalada padi” where Prahalada studied and “Ugra Sthambam” from where Perumal emerged are usually visited by pilgrims.

There are number of Theerthas in this shrine.

A few like Lanjekonneru near Bhargava Narasimhar , Ramatheertha near Lower Ahobilam and Raktha Kundam near Jwala Narasimhar , Bhavanaasini near Ugra Narasimhar which flows through both the mountains are a few to name.

Situated at the foot of the hills known as Lower Ahobilam, this temple can be visited by one and all. Usually all homams and yagams are performed here.

Here Perumal is seen along with Thayar blessing Prahalada.

To the left of Perumal, utsava vigraham of Pavana Narasimhar can be seen majestically .

In front of the Lord, the utsava idols of Prahalada varada Narasimhar along with Sridevi and Bhoodevi grace us .

The processional deity of Jwala Narasimhar along with His consorts is also seen in the garbagriham . The deity  is superbly carved and on request , the archakar removes the alankaranam and performs Aaarathi to the idol.

Lord  has 10 arms and Hiranya vadham (killing) is beautifully depicted.

There is also a small  deity  of the first Ahobila Mutt Jeeyar facing south.

The temple is a huge one and many monkeys can be seen here.

The walls of the temple depict sthalasthala puranam briefly.

There is a Thayar Sannidhi to the right of the temple. 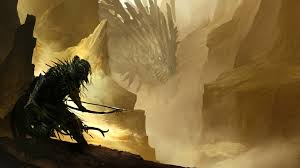 This temple is situated two kilometres from Lower Ahobilam on a small hillock and can be approached by foot. As Bhargava(Parasurama) did penance here, the Lord is thus known. It is easily approachable.

Situated at a distance of 3 kilometres from Lower Ahobilam, this can be approached by foot. It was here that Prahalada mastered the art of yoga from Perumal Himself. The divya mangalaswaroopam of the Lord is eye captivating. Perumal is seen alone in Yogaasanam. 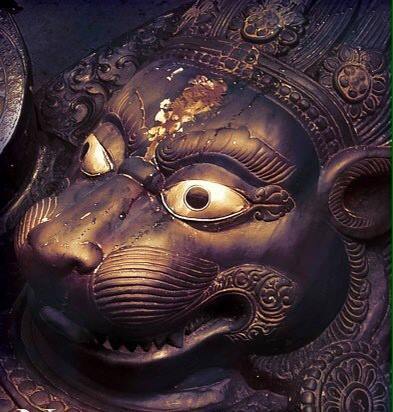 This is situated at a distance of nearly 3kms from Ahobilam on a different route also reachable on foot . As Perumal is seated alone under a peepul tree which protects Perumal like an umbrella, He is known as Chatravata Narasimhar.

This Perumal is fond of music played by Gandharvas. It looks as if the Lord is deeply engrossed in music by clasping His hands. We were told that He is fond of Adi Thalam. Reptiles keep moving in this place but they don’t harm the devotees. One has to take care of these.

This is in Upper Ahobilam. There is a narrow bus route and it takes about 40 minutes to reach this place from Lower Ahobilam.

This is considered as the divya desa temple. Usually, pilgrims have bath in Bhavanaasini or Paavanaasini (a spring which flows from the top of the hill) and then have Perumal’s darsanam. 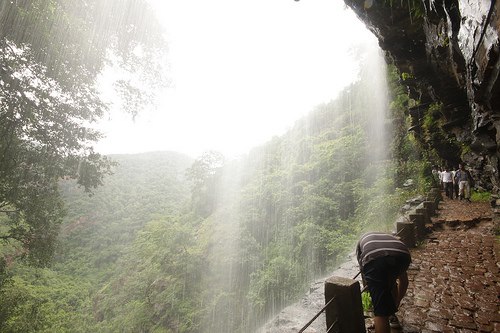 A dip in Paavanaasini absolves all the sins committed.

Though there are no proper bathing ghats, still we can see hundreds of devotees having holy dip unmindful of their surroundings. The sannidhi is located inside a cave .

Perumal along with Thayar is seen in Veetruirundha Thirukkolam .

Opposite to Perumal, there is an idol of Prahalada. There is a dark room on the other side of the cave which is believed to be the place where Chenchulakshmi resides .

Recently, under the supervision of Jeer, a bridge across Paavanasini river has been constructed which facilitates the pilgrims to go to Varahanarasimhar temple (Krodha Narasimhar)

One kilometer further from Upppper Ahobilam leads to the shrine of Krodha Narasimhar. He is also known as Varaha Narasimhar as His Thirumukam resembles a varaham (a boar). 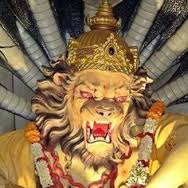 This temple is situated between Upper Ahobilam and Lower Ahobilam..

As the divya mangala moorthi is installed under Karanja vruksham, the deity has been named so. Perumal is seen in Veetruirundha Kolam and is holding Sarngam (bow), dhanus (arrow) and chakram .

Lord Narasimhar appeared to Hanumar, who was a staunch Ramabhakta, with bow and arrow thus showing that He is Lord Rama Himself. This Lord is in Padmasaanam pose. One can have darshan of Hanumar also. We are reminded of Sholangur . 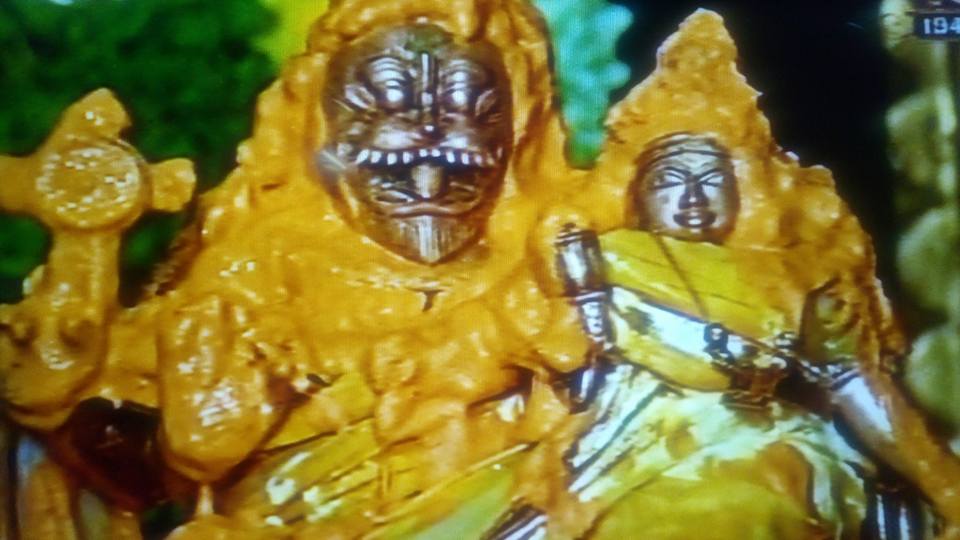 This shrine is situated two kilometres away from Upper Ahobilam. Perumal came in search of Mahalakshmi Thayar who was doing penance here and placed Her on His lap. Hence, Perumal seen along with Thayar has a somya (graceful) form. Due to Thayar’s presence, Perumal graces even the worst sinner .

Azhwar refers to this Perumal in pasuram no. 1016 (Peria Thirumozhi) when he says that bhaktas are always protected by Perumal and only the wicked have to fear .

This Lord gives abhayam to His devotees and Thayar bestows Asthaaiswaryam and grants the wishes of the devotees.

There is a vigraham of Thirumangai Azhwar in the sanctum . Outside the temple, there is a small pillar with murthis. Those who are not able to go to Ugra sthambam can prostrate this pillar.

This temple is located at a higher altitude may be around 2800 feet. And can be approached from Malola Narasimhar shrine.

It takes about 2 hours to reach this temple from Upper Ahobilam. The path is slippery and as mentioned care has to be taken.

It was here that Perumal killed Hiranyakasipu by tearing his stomach with his spear like nails.

The idol with 10 hands which is approximately 3 feet high and is scaring to look at. Beside this shrine, there is a small pond known as “Raktha Kundam” where the Lord is believed to have washed His blood-stained hands .

The water is reddish in colour and this was the explanation given by the guide to us. Recently, a temple has been constructed for this Lord and a archakar is appointed to perform Nitya Thiruvaaradhanai.

It is situated six kilometres away from Upper Ahobilam towards north east on the banks of River Pavana. It is difficult to approach this temple as wild animals keep roaming. If one wishes to visit this temple, he must do so during daytime with the help of a guide. The path is too narrow, the trek amidst cluster of rocks is strenuous .

It takes about 45 minutes for trekking. One can view Malola Narasimhar shrine and few water falls on the way on the other side of the mountain. 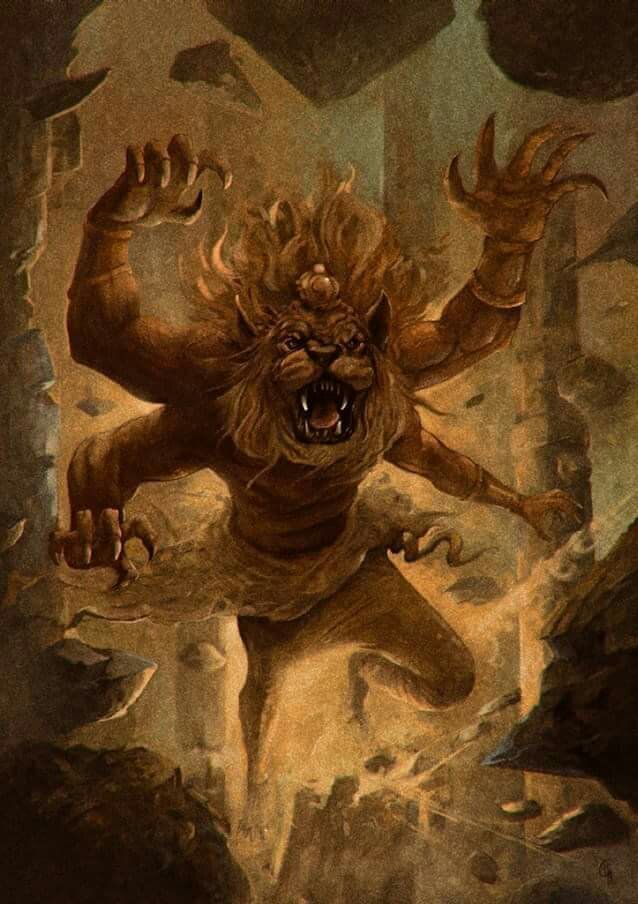 Forest fire is very common in this place and this helps in one way to ward off wild animals. It is believed that devas offer worship to this Lord. The Lord is seen along with Thayar .

The general notion that “bali” (sacrifice) is done here was rebuked by the priest. He said that the sacrifice would be done elsewhere in the jungles .

He also added that wild animals do not roam near the temple and only during severe summer, they come to the river bank to quench their thirst.

They usually do not hurt any one. Besides the above shrines, other place of interest are Prahalada Padi or Prahalada Mettu (Mettu in Telugu and Padi in Tamil means “step”) and Ukku sthambam.

is the place where Prahalada had his vidyabhyaasam from Sukracharya’s sons. The way to Prahalada padi though tough is breathtakingly beautiful with river flowing on one side and with various water falls amidst a huge valley.

This reminds me of the route to Badrinath. The temple is in a small cave and one has to crawl to enter inside the cave. Only 4 persons can be accommodated inside at a time. 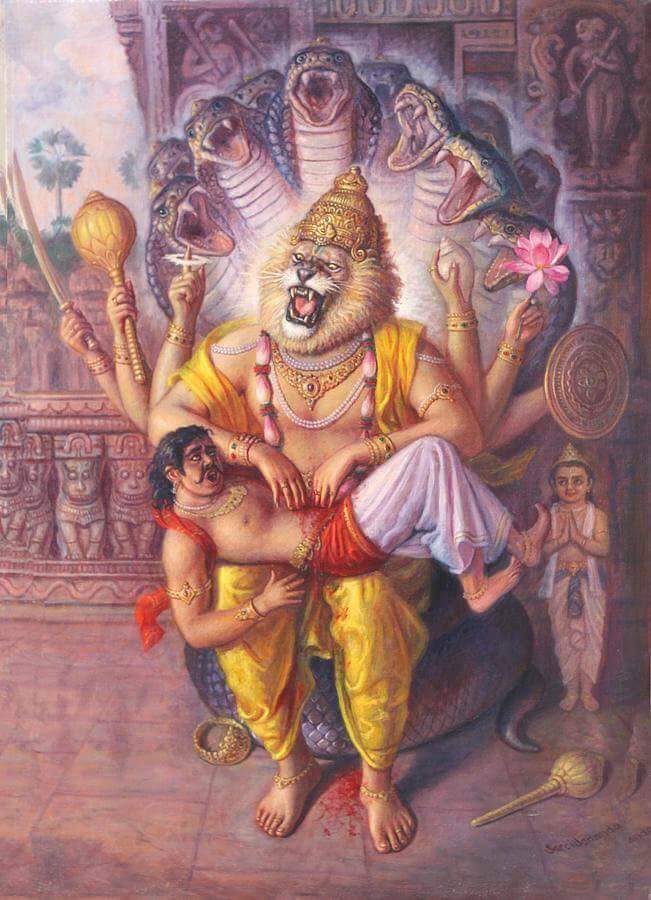 Pilgrim usually give their offerings here. It is very difficult to reach this place which is at a highest altitude .Doing pradakshinam around this pillar is even more difficult as it is in the cliff. Near the ukku sthambham (iron pillar) as the Telugus call, there is Perumal’s Thiruvadi. 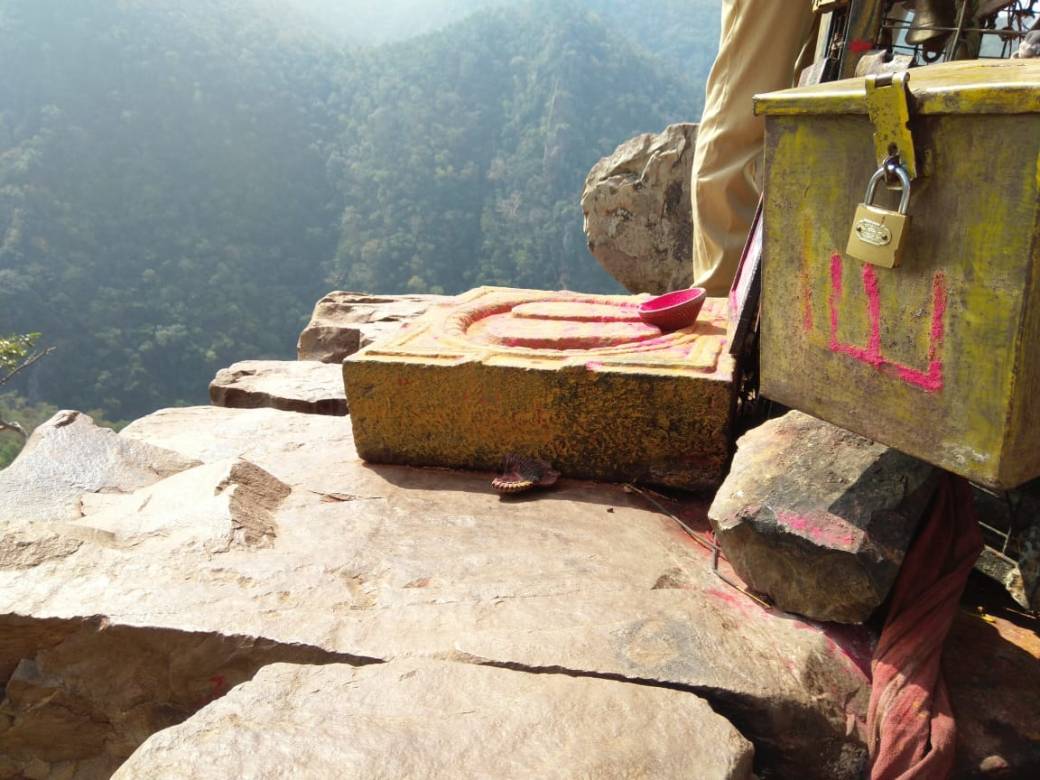 The climb is very difficult . Only with His grace can one visit this place. One has to have a sharp vision and a flexible body to bend, crawl etc.

This can be approached from Prahalada padi on the way to Jwala Narasimhar shrine. While describing this pillar, Sri Mukkur Swamy says that the entire world is still pregnant with Narasimhar inside except this because Perumal has come out of it.

The symbols of Vishnu, namely, Sankhu, Chakram, Naamam are carved on the face of the hill. One can have a bird’s eyeview of the entire Ahobilam from this place. 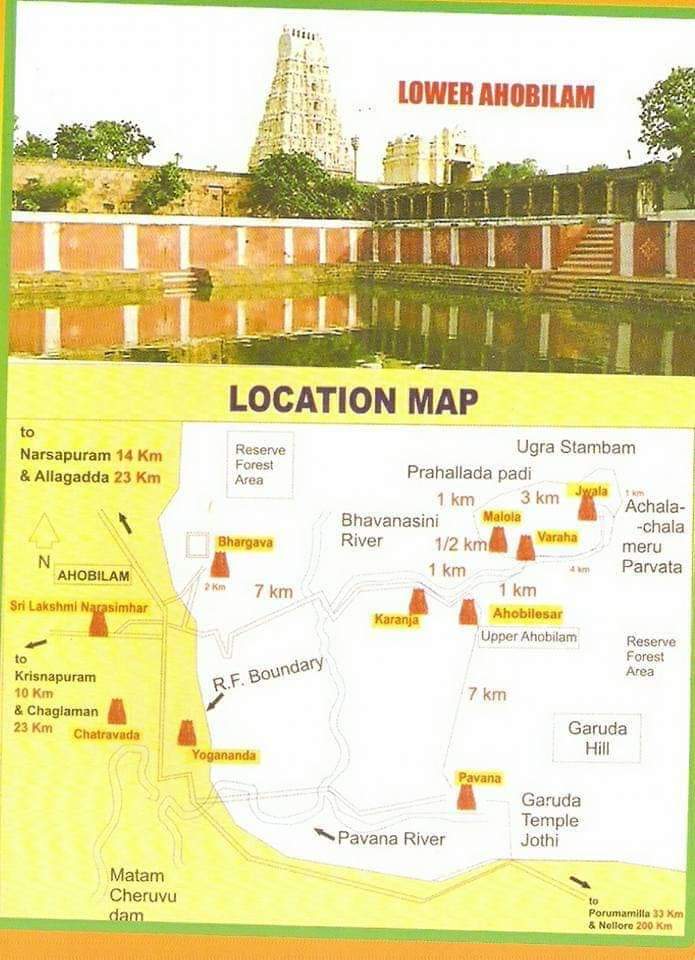 The atmosphere is calm and serene . Various waterfalls all around looking like thin streams makes us wonder and appreciate the nature and Lord’s creation. 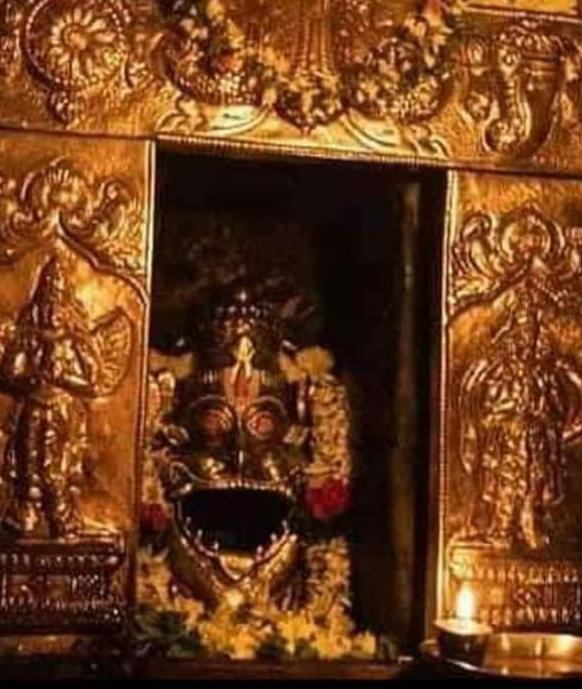 It’s a best place to meditate the cliff is split into two as a proof that Lord appeared from this pillar. Lets glorify our LORD singing HIS praises…..

Pics /videos credits : Google images and  all advanced devotees who shared it in social media..