Kidambi Achan was born in the village “Kidambi” located between Kooram and Thiruputkuzhi near Kanchipuram in the year 1057 A.D.in the tamil month of Chithirai on Hasta Nakshatara day in Atreya gothram. 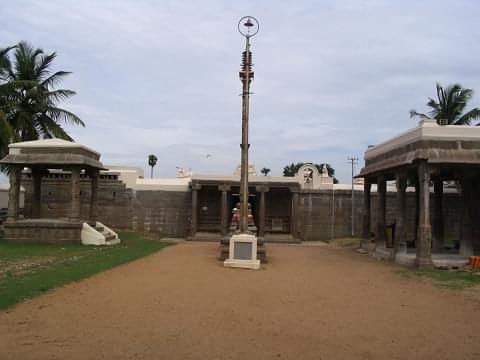 As Hastam is considered to be the star of Varadaraja Perumal, his parents named him “PRANATHARTHIHARAM”- as glorified by Thirukachi nambigal in the first sloka of Devaraja Ashtakam. He was the nephew of Tirumala Nambi’s wife (Swamy Ramanujar’s maternal uncle’s wife) and was thus related to Swamy Ramanujar like Mudaliyandan Swamy who had both atma sambhandham and deha sambandham with Swamy Ramanujar. He was one of the prominent disciples of Swamy Ramanujar who felt that acharyar kainkaryam was of utmost importance.

Like Kooratazhwan and Mudaliandan, Achan also was a simple, devoted, highly knowledgeable person and was well versed with Thiruvaimozhi and Visishtadvaita granthas and was conferred the title “Vedantha Udhayana Acharyar” by Swamy rAmanujar. Like Vaduga Nambi, he considered serving his acharyar as the most important privilege .

Being a sanyasi, Swamy Ramanujar used to go for alms (unjha vruthi) which was his varnasrama dharma (Brahmacharis and sanyasis must erk out living by taking alms ) reciting Thirupavai which earned him the name “Thirupaavai Jeeyar”. 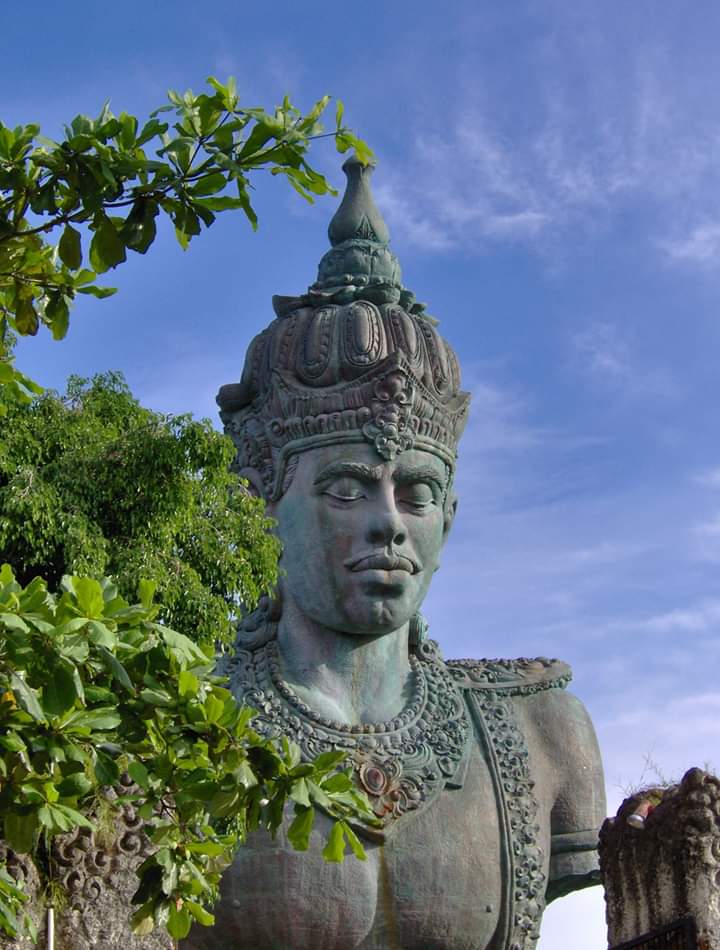 Few evil minded people in Srirangam who wanted to get rid of Swamy Ramanujar conspired a plan to mix poison in the biksha rice to be given to Swamy and forced a lady to offer it to Swamy Ramanujar.

Unlike her husband, this lady revered Swamy Ramanujar but as she was threatened by her husband who was watching , she was left with no other option. With tear filled eyes, she hesitatingly offered the biksha to Ramanujar by ensuring to separate the contents in the bowl by placing a leaf on it and then offered her portion indicating to jagadacharyar that it was not worth consuming.

Swamy understood her implication and threw away the bhiksha in Cauvery river. From that day onwards, Swamy abstained from unjha vruthi and hence he couldn’t take any food. Learning about this incident, Thirugoshtiyur Nambi who was one of the gurus of Swamy Ramanujar came to Srirangam.

Learning about his acharyar’s arrival, Swamy Ramanujar along with his sishyas set out quickly to Kollidam to receive him. It was noon and in the scorching heat ,Swamy Ramanujar lay prostrate at the feet of his acharyar who did not ask him to get up. It is customary to fall at the feet of our acharyar like a stick and remain in the same position until the acharyar asks us to get up. The sishyas of Nambi and Ramanujar stood dumfounded as they were perplexed at Nambi’s behaviour (who was their acharyar’s acharyar) which they had never seen before.

Unable to bear this, with tear filled eyes , Pranatharthiharan embraced Swamy Ramanujar lamenting as to how the delicate body of Swamy which is similar to a flower could be exposed to the scorching heat.

He acted as a barrier by laying down on the ground to protect Ramanujar from direct contact of the sand. Thirugoshtiyur Nambi was very pleased with his acharyar bhakti. He instructed Kidambi to take care of Swamy Ramanujar’s bestowing him the privilege of offering bikshai and madhukaram to Swamy Ramanujar. He came to be known as “Kidambi Aachan”(Achan = father).

As he had parental affection towards Ramanujar (like how Periazhwar had towards Perumal), he was fondly addressed as “Aachan”. As he was incharge of kitchen, he came to be known as “Madapalli Aachan” .

He treated Sri Parasara Bhattar who was much younger to him with the same reverence he had for his acharyar as per his guru’s instructions.

Once when Aachan visited Thirumaliruncholai, he was asked to render Alavandar’s stotra ratnam . In the 48 th slokam, Alavandar states that ” he has no other refuge than Perumal”. Aachan paused here as he wondered how it could be true” When Perumal asked him, he replied that the statement is not true now as they all have “swamy Ramanuja as their protector ” who is the sole refuge of everyone. Azhagar was pleased with his unflinching devotion towards his acharyar. As expressed by Nammazhwar in Thiruvaimozhi, Achan also relished having darshan of Emperuman in various divya desams.

When Swamy Ramanujar reincarnated as Manavala Mamunigal, he chose to learn the intricate meanings of Sribhashya from Kidambi Achan’s descendant named Kidambi Pillan. Mamunigal showed him his original Adisesha form to Pillan.

Kidambi Achan was one of the seventy four simhadipatis authorised by Swamy Ramanujar to continue Srivaishnava sampradayam. Swamy gave him Hayagriva Perumal to him for worship. After Swamy Ramanujar left this mortal world, Kidambi Achan returned to Kanchipuram and left his body in the year 1157 -20 years Swamy Ramanuja attained paramapadam.