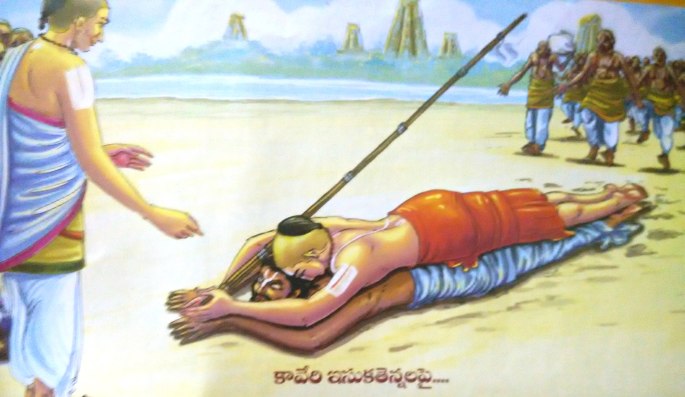 Acharya Is this the way to treat a disciple ?

Won’t your holiness ask him to get up ?

Are these exactions of civilians between teachers and disciples ?

Is this a code of submission without any humanity I will not care for this absurd regulations ,

He swiftly raises his guru Swamy Ramanuja and hugs him to his body to take away the heat from the body which was lying in the burning sand .

It was a practice of Swamy Ramanuja as a Yati to visit seven houses daily and collect biksha  for the day’s  offering and  consume it as prasada . This act is enjoined on the divine  principle that the ascetic has nothing to call or ought to own any worldly goods as belongings to him as such owning begets a series of attachments necessarily and weds him again to worldly interests .

Swamy Ramanuja’s main en devour was to establish the   UNITY OF GODHEAD in the world . 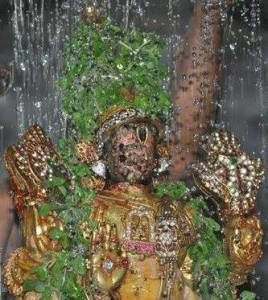 It is said once when Swamy Ramanujar was so engaged in the throughfares  of srirangam a few boys form mere frolic waylaid him and pointing to a figure  which by their toes  they drew on the dust.  They  said innocently !

Swamy Look Here is our Perumal .  Swamy Ramanuja was delighted to hear the little boys sermon to him .He immediately  prostrated…