Swami Vedanta Desikar meditated on Lord at Oushathadri (Thiruvahindrapuram) and was blessed with all knowledge. 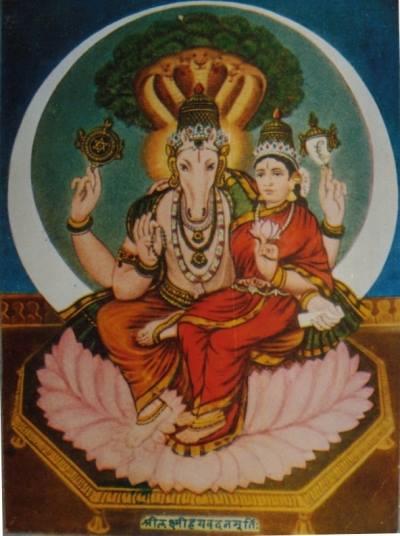 Once Swami Desikan wished to stay at Thiruvaheendra puram and was proceeding from Kanchi. On the way he stayed at some remote place (that belonged to a grain merchant). There was many bags of grains were and piled in sacks. Swami Desikan did not have anything to offer to the LORDSHIPS and hence, offered just water and took few drops as LORDS prasad and went to sleep, without eating anything Midnight, the merchant noticed a very huge beautiful white Horse grazing those grains from a sack. The merchant, thinking that it belongs to Swami Desikan, immediately woke swami .

Swami Desikan had tears rolling down his cheeks. Swami prostrated to the Lord (who had come as the White Horse) and explained to the merchant and asked him to bring a pot of milk. The excited merchant and others brought milk which the Lord drank happily and disappeared. Next day morning as Swami Desikan, started off his journey to Thiruvaheendrapuram the merchant came running to inform that the whole sack, from which the white horse ate is full of Gold coins! Swami Desikan smiled and was overwhelmed with joy for His mercy and leela. That place is called is later as “pon vilaintha kalampudhoor”, located near Kancheepuram. There is a Yoga Hayagriva vigraham at the Devanatha swami temple near singaperumal koil . Later this deity was taken to Thiruvindharapuram to avoid alien invasion .
rAmAnuja dhayApAthram jnAna vairAgya bhooshaNam |
srImath vEnkatanAthAryam vandhE vEdhAntha dEsikam ||